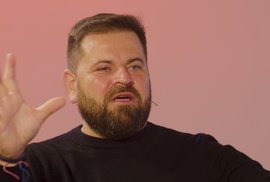 A fifth of Czech households are facing massive fincial stress, and another fifth are teetering on the brink of loss, which economist David Navratil says is to be expected in the current economic downturn. In addition, those who have not yet had to cope with their expenses and have committed themselves to pay large amounts, for example, on a mortgage, are shocked. “This inflatiory crisis is different, it affects more households, 40% of low-income households, but even 15% of upper-middle income households,” he describes. At the same time, he adds that the situation is not as dire as the pessimistic Czechs make it out to be. According to him, we live in a fat state, and if we want to continue to live like this, we will inevitably pay fat taxes.

According to David Navratil, chief economist at Česká spořitel, not only the Czech government, but also domestic companies and households have great potential for better governce. The fact is that we pay taxes below average compared to the other 37 OECD countries, our energy consumption for heating and water heating is 16% higher than that of northern Sweden, and energy-intensive industries have benefited from low gas and electricity prices. for many years without production optimization. Therefore, the current functioning must be changed, recognizing that the transformation will be a long-term process. If we don’t run, the Czech economy will stagte in the long run.

Kastner: Beer should be more expensive, there are too many restaurants, both high-quality and cheap ones will survive. Government…

The main goal is to stop further government borrowing, which will significantly slow down the fall in inflation. But it takes political courage, because it can’t be done without extraordiry savings or tax increases. “The current government does not want to be labeled as “raising taxes”, so they come up with different terms, but in the end it is a tax increase. Moreover, raising taxes is absolutely not enough to solve the structural deficit, and at the same time there are no thoughts on how to reduce the structural deficit,” he criticizes the fiscal policy of the coalition of five.

He also has doubts about the tiol program under consideration, which sets the maximum possible energy prices for large companies. “I would not say that a solid ceiling is generally correct, because it does not motivate people to save, and the Czech economy is generally extremely energy-intensive. Energy intensity refers to how much energy we need to consume to create one crown of GDP. Compared to industrial Germany, our energy consumption is 50% higher, which shows that we have huge inefficiencies here, and there is no better economic motivator than price to filly start doing something with the Czech economy,” says Navratil. At the same time, he considers the destruction and development of business as a tural part of the economic cycle. “It has always been that way, and the crisis has basically acted as a healing process. It is not very good to try to encapsulate the economy in some so-called zombie companies that would survive here for a long time and actually have no future, ”he says clearly.

According to him, there are opportunities for reducing consumption by households as well. “The problem is related to fincial stress, because research shows that in stressful situations, our cognitive abilities decrease and we make poor decisions. And it is all the more important to advise not only on savings, but also on how the state helps, because it is not enough to say: we will not let you fall, go and apply online for housing allowance, ”adds Navratil. , adding that many low-income households do not have Internet access at home and do not have a work computer or mobile phone. And the state should actively reach out to them and help them improve the family budget with housing allowance, the use of which is extremely low in the Czech Republic, despite the fact that about a quarter of households are already eligible for it.

What is the biggest problem of the Czech economy? Why are we exotic for foreign investors? When can inflation drop to single digits? What can we do differently and who can we be inspired by? Or why is it worth thinking about the property tax, even if it seems like a red rag to many Czechs? These and other questions were answered by David Navratil, Chief Economist of Česká spořitel.

Shpikar: There is a time bomb that will go off at the beginning of the year. Companies are still afraid to admit that…

He’s an absolute lutic who will have legal consequences, he talks about taxing energy…