He attacked with a knife the mother of two little girls in Sardinia and left her without help: The murderer from the Czech Republic was given a life sentence! 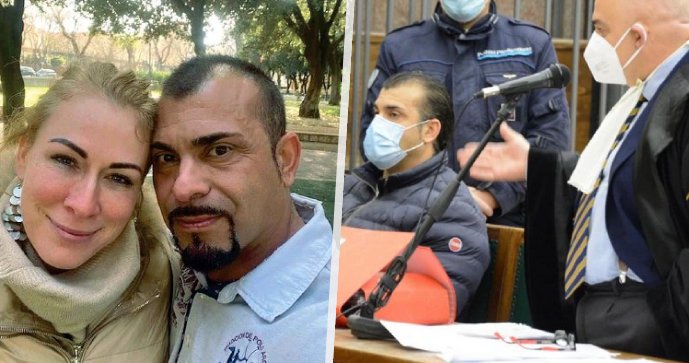 When Mrs. Zdenka Krejciková’s daughter went to Italy for the second time, she wanted to live under the sun. Figuratively and literally. She believed that a warmer climate and the sea would benefit her twins, one of whom was born with cerebral palsy. But it ended tragically.

Italy was not unknown to young Zdenichka. She first went to the south of Europe at the age of 19 and stayed there for nine years – she fell in love with an Italian, the owner of several bars in which she also worked.

When she was 28, she returned to the Czech Republic and met the father of her future children there, but it was not a happy choice.

The twins were born prematurely, both girls ended up in an incubator, and doctors diagnosed one of them, Sofinka, with cerebral palsy.

Everything went from ten to five in the life of the young woman, and in the end she returned with the children to her mother, Mrs. Zdenka, who retired early because of this. She also traveled with Sophia to rehab, practicing the Voight Method with her six times a day.

When the twins were eight, their mother again moved with them to sunny Italy, to places she knew well. Living in Mediterranean Sardinia seemed like a great choice.

There she secured a place for herself, found a job there and a new boyfriend. Charming, athletic Italian. It was a great love, but not without shadows.

“My daughter stopped calling me. When I asked her why she did not call me, she replied that she had less time, she escorted girls to clubs. But that was because her boyfriend took her phones.” says Mrs Zdenka.

Two years later, she heard the worst news a parent could ever hear…

Today is Saturday, February 15, 2020, the sky over Sardinia is clear, the temperature reaches 16 degrees. But in the second largest city of the island of Sassari, dark clouds are gathering over Titian Street, as if from the paintings of the late Reissance artist, whose me it is med after.

From the windows of the two-story house, according to the court document, a violent quarrel is heard, after which the young mother and her twins run out of the house and hide in a nearby bar. However, here the partner finds her and attacks her with a kitchen knife. What happened next is hard to understand. The aggressor loads the bleeding woman and her children into a car and leaves with them. They tell the girls that they are taking their mother to the hospital, but they are heading to Ossi, 15 km away, to an apartment on Barocha Spinoza Street. He leaves her here and leaves with the children.

The efforts of the doctors who arrived later were already in vain, Zdenichka was dying.

The police launched a search for the killer, all the more intense because he fled with the children and it was not clear if he would harm them as well.

After an overnight event, he was arrested the next morning in the parking lot of a shopping center in Sassari. The twins were in the car with him, frightened and disoriented, but—at least physically—unharmed.

From the beginning, Francesco Douglas Fadda claimed that he was not the assailant, but the victim, that instead his partner stabbed him, and she inflicted serious injury on herself when she slipped and fell on him with the knife in her hand. .

On March 15 last year, after a four-hour deliberation, a court in Sardinia issued a verdict: life imprisonment! And with the justification that he acted deliberately and cruelly towards a loved one. Torture, illegal carrying of a knife, and kidpping were also mentioned. In addition, he spent a year in solitary confinement and must pay the victim’s mother and both children 200,000 euros each, totaling more than 14 million crowns. However, it is not at all clear whether they will receive at least part of this compensation.

Both granddaughters were taken care of by their grandmother, Mrs. Zdenjka, because the biological father was not interested in them.

But it wasn’t that easy. As soon as she learned about the crime, she and her son went to Sardinia. Thought it was for a few days, but due to official delays, it turned out to be five months!

“And all this time, my daughter’s friend by birth, Italian, Giovanni Cossu of Sorso, arranged and provided me with housing completely free of charge,” emphasizes Zdenka.

When she returned to the Czech Republic many months later, she could only leave her granddaughter Anitka at home, and a special medical institution had to take care of the sick Sofinka. Apparently, as a result of the trauma experienced, her health deteriorated sharply in Italy, she had to be treated in a Roman hospital, and when Czech specialists took her, she weighed only 16 kilograms! Now he is twice as big, but needs round-the-clock care.

Mrs. Zdenka will never come to terms with what happened to her daughter. “I still have her urn with ashes at home, I go to talk to her. The time has not yet come to remove it.” He says. Of course, the need to take care of her granddaughters gives her the strength to live. And her faith too. “I read in a book that God will forgive him, but his soul will torment him for the rest of his life.”

As for worldly justice, so far it has not shown itself in the best light. “As far as I know, and I unfortutely know very little, the offender’s lawyer stated that they would appeal after examining the reasons. But I don’t know if the next meeting has already taken place or when it should take place. Besides, next month it will be three years since my daughter died.” her mother is crying.

Thus, he cannot emotiolly or officially distance himself from the tragic event, because of this, for example, the issue of inheritance has not yet been resolved. “The daughter left property and money in the account,” – Mrs. Zdenichka explains and remembers how kind and cheerful her Zdenichka was. And even more so, he does not understand why she had to die so needlessly …