The old man from Jablonec was afraid for his life: He was attacked by a repeat offender because of a fictitious debt 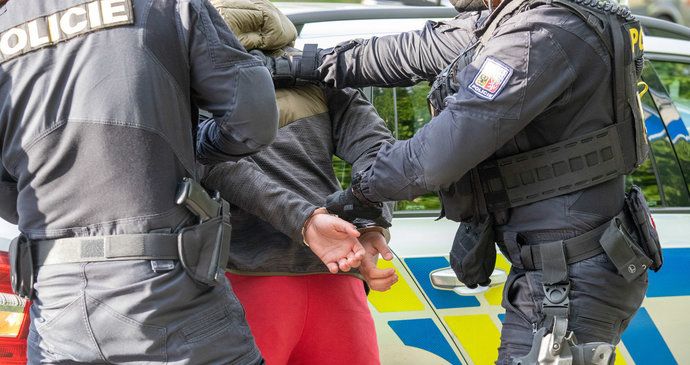 An 80-year-old pensioner from Jablonec d Nisou let a friend into his apartment, but did not expect that in a few minutes he would literally fight for his life. The recidivist (43) asked him to pay a fictitious debt of one hundred thousand for his grandson, but the eighty-year-old refused. Physical abuse followed. The man, who was prosecuted 17 times, is now in custody.

According to the police, the crime took place on the afternoon of 28 December in Jablonec d Nisou. It was then that a 43-year-old recidivist broke into the apartment of an 80-year-old pensioner, under the pretext of the debt of the pensioner’s grandson. But since the old man knew the man, he let him in without hesitation.

In the apartment, the recidivist demanded that the grandson of the pensioner pay the alleged debt to the man. It was supposed to be one hundred thousand crowns, but the elderly man refused, saying that he would not pay anything. “The accused responded to this by physically attacking him with such force that the elder feared for his life. For this reason, he told him that he had 3,700 CZK in cash in his apartment, which he would give him.” describe the police.

After that, the defendants stopped the attack, took the money and ran away. The senior attacker then remained in the apartment out of fear, after fifteen minutes he called his relatives, who then called the police. “Fortutely, the elder was not injured in the attack, but suffered a huge shock from the fear he had for himself.” added police spokeswoman Dagmar Sohorova.

Subsequently, the search for the perpetrator began, in which both uniformed police officers and investigators were involved. During the investigation, they discovered that the perpetrator was a repeat offender who had been prosecuted seventeen times, and they maged to arrest him a few days later. In order not to run away and attack someone again, he was taken into custody. Now he faces a ten-year prison term for burglary and robbery.

4 cashews a day and that’s what will happen to your body. You will be surprised!