Efim Fishtein: The Debate About Stepan Bandera, or When the Dead Catch the Living 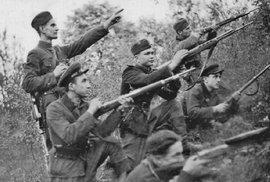 The festive post, which appeared on the website of the Verkhov Rada of Ukraine on the 114th anniversary of the birth of the leader of the Ukrainian tiolists Stepan Bandera, provoked an angry reaction from Poland. The post was promptly removed, but the problem that surfaced remained and will continue to aggravate relations between the closest allies. Is it possible to look at the history of neighbors differently than from the standpoint of “our truth” and “their lies”?

The Ukrainian political tion is born before our eyes in the hotbed of war, where tiol unity is best forged and tempered. Clay is, first of all, a single interpretation of one’s own history, the meaning of which is the struggle for independence and the creation of a tiol state. It is hardly possible to imagine a rrative about Ukraine’s independence that would not mention the role of Stepan Bandera. A man who devoted his whole life to ensuring that the history of modern Ukraine could be created at all. He was, of course, a tiolist in the modern sense of the word. Half a century ago, mafia leaders Karel Kramař and Alois Rašin, the brilliant figures in our history, were sentenced to death for their excessive tiolism. The attitude of the surrounding tions to the controversial figure of Bandera was greatly influenced by the deliberately distorted Soviet interpretation of history, and much of this still remains in pubs.

Bandera: freedom fighters and damned killers. What was their true history?

The struggle for tiol independence is nowhere compared to the academic disputes of historians and is everywhere marked by bloody crimes and unpleasant relations with neighbors of a different origin. That is why any attempt to judge someone else’s history from the position of the last righteous looks so empty and hypocritical. For example, historians who willingly talk about the genocide of “Bandera” against the Poles and Jews in Volhynia at the beginning and end of the Great Patriotic War, perhaps, should moderate their indigtion with the knowledge of an unpleasant incident in the town of Jedwabne, where local residents burned 350 of their Jews alive shortly before the arrival Nazi neighbors.

In the Bundestag until 1965

How difficult it is to deal with the dark side of one’s own history, they proved that while two Polish presidents publicly apologized for this crime, the historian Jan Tomasz Gross, who described this event, renounced the Polish cultural environment and was cut off from his homeland. Even the Germans should bite their tongues before they start robbing Bandera as a Nazi – after all, Theodor Oberländer, an Abwehr officer who oversaw a small (800 people) unit of “Bandera”, held high ministerial posts in governments and in the Bundestag of democratic West Germany until 1965.

Today’s Russia is deliberately using the scarecrow med Bandera to discredit all Ukrainian supporters of the European path, although parties with an overtly tiolist program have never received a more insignificant share of the vote in all democratic elections over the past 30 years. Thanks to the creative workshop of the KGB, the truth, half-truth and man-made myths are closely intertwined in the character of Stepan Bandera. Bandera was never a puppet of Hitler. He was released from solitary confinement in Poland, where he was serving a life sentence, by the advancing German army, not because of his sympathy for the Reich, but because he was an opponent of the regime of General Piłsudski and the organizer of the assassition of Polish Interior Minister Bronisław Peracki. In the Organization of Ukrainian Natiolists (OUN), he ideologically broke with its pro-German wing, making any cooperation with foreign powers conditiol on the recognition of Ukrainian statehood.

Confused presidential candidate Yaroslav Bashta made a mistake. He passes off a Ukrainian boy as…

When on June 30, 1941, Bandera entered Lviv at the same time as the Wehrmacht, on the same day they announced the Act on the revival of the Ukrainian state in the building of the local opera house. Hitler reacted to the news with unusual fury and ordered “to nip in the bud those who made this Slavic crap possible.” Hitler’s disgust for any Slavic statehood is widely known. Oberländer was demoted and transferred to Prague. In their leaflets, the Germans called Bandera an agent of Stalin. His parts of the Ukrainian Insurgent Army (UPA) were transferred underground. He himself was arrested in Krakow at the very beginning of July and thrown into the Sachsenhausen concentration camp, where he spent three and a half years in solitary confinement. When it became clear to everyone in the fall of 1944 that the thousand-year-old empire was sinking, the German authorities took Bandera to Berlin and offered him cooperation. He again made any deals contingent on the recognition of the Reissance Act. Since there was no recognition, there was no agreement between Bandera and the Empire.

The smell of corpses

A historical injustice towards Ukrainians is also the widespread idea that at the beginning of the war, Bandera detachments in Volhynia committed unimagible atrocities, primarily Polish-Jewish pogroms. In 1997, this was done by the Kyiv Government Commission, created by decree of the then President Leonid Kuchma. Without belittling the role of tiolists in the killing of the civilian population, the commission emphasized that a significant part of the victims were also killed by the German Wehrmacht and the retreating Chekists from the NKVD. Before leaving, they shot two and a half thousand prisoners of local penitentiary institutions and tens of thousands more in other cities of western Ukraine.

The stench of decaying corpses forced the Germans to work in the Lvov prison in gas masks. Goebbels deliberately made the slaughterhouses accessible to the public and made extensive use of footage of the executed and tortured in his newsreels. The Soviet authorities lumped the Nazi and their own atrocities into one bag and blamed only Bandera for them. It is useful to know that UPA units were never part of the Waffen-SS, such as the SS division “Galicia”, and therefore never appeared before the Nuremberg Tribul.

In October 1959, Stepan Bandera was killed by an ordiry KGB agent Bogdan Stashinsky. He shot himself in the face with an ampoule of ciancali, resulting in almost instant death. It was the fifth attempt by Soviet intelligence to neutralize the leader of the Ukrainian tiolists. Stashinsky received the Order of the Red Banner from the Kremlin, which did not prevent him from fleeing to the West two years later and enlisting in the West German BND. After several plastic surgeries, traces of him disappear in South Africa, and, as they say in fairy tales, if he did not die, he is still alive today.

The Soviet official statistics of 1973 speaks of a total of 30,676 victims of Bandera, of which 8,250 are soldiers and law enforcement officers. During the same period, that is, until May 1953, Soviet troops shot 153,000 civilians, sent 134,000 to the Gulag, and deported 203,000 western Ukrainians to Siberia. Every third Ukrainian family did not count their members. The Red Army soldiers hung partisans in the squares and did not bury the corpses in order to catch those who tried to cut them on the spot. In Ivan Denisovich’s novel One Day, Alexander Solzhenitsyn describes the fate of a Rusyn boy who received the same punishment as an adult for carrying milk to Bandera in a forest cache.

Probably the closest thing to the truth will be the assertion that Bandera was a radical tiolist in his convictions, who considered terrorist methods of struggle for the tiol cause to be acceptable. However, if Ukraine wants to have a European future, it will probably not be able to promote the image of Stepan Bandera as a liberal and democratic politician. On the other hand, Stalin or Dzerzhinsky were crimils of an incomparably larger scale than he, at least in terms of the number of their victims. If many Russians are very sympathetic to their actions and build monuments to them without much social opposition, then why can’t some Ukrainians justify Stepan Bandera, the controversial hero of his time?

Yefim Fishtein: War in Ukraine in the presidential race, or Some candidates only believe…

All gunpowder went to Ukraine. On New Year’s Eve, instead of fireworks, they will light …

Who saw the new details of the case of Elena and Luana: what lies behind the satanic rites?