The mystery of the disappearance of the “Italian Maddie”: Murder ordered by the Vatican?! Reopened the investigation thanks to Netflix 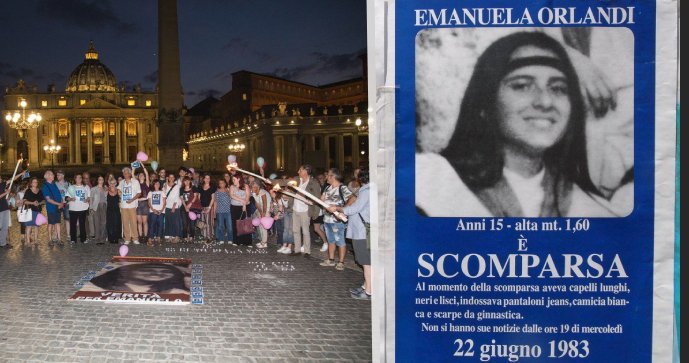 The Vatican will resume its investigation into the disappearance of its underage citizen Emanuela Orlandiova after 40 years. According to the Vatican, this is due to the initiative of Orlandia’s brother Pietro. Streaming service Netflix recently published a documentary series about a missing girl.

Fifteen-year-old Orlandi disappeared under circumstances still unclear in mid-June 1983. She was the daughter of a Vatican official, lived in an ecclesiastical state, and also held Vatican citizenship, which increased media interest in the case. The girl apparently disappeared in Italy. Some witnesses claim that she was last seen in the center of Rome. In the past, Italian and world media have linked her case to intertiol tensions around the Vatican or Roman organized crime. However, neither the Italian nor the Vatican investigators were able to prove any of these theories.

The petite, black-haired Emanuela had just completed her second year of high school when she went to the Piazza Sant’Apollire music school in Rome on June 22, where she learned to play the flute. But she did not have time to go to school, the bus was late, so she called her sister and said that an unknown man had approached her. Then her trail disappeared. Two days later, posters with her image were hung in Rome.

The family received strange phone calls after the girl’s disappearance. A man with a foreign accent demanded the release of Turkish terrorist Ali Agci in exchange for the release of Emanuela. The strange man called the family like this several times. And as the parents themselves stated, the girl’s cries for help were heard in the background. However, the origin and authenticity of these calls have never been proven.

In 2005 there was another phone call. He put forward a new theory. Emanuela was supposed to be kidpped by Magliano’s gang at the request of the Vatican. This was later confirmed to the judges by Sabri Mirdi, the wife of the gang leader. Emanuela was to be killed and thrown into a landfill. Even this version was not confirmed, and Mirdi was recognized by the court as extremely unreliable.

This was denied by the lawyer of the Orlandi family. “For us, Sabri Mirdi’s first statements are credible. We think that the Maglia gang acted at the request of the Vatican.” she said decisively. But, as server gqitalia stated, there is no single reasoble reason why the Vatican would take such a step.

Vatican prosecutor Diddy announced on Monday that his office and the Vatican gendarmerie would reinvestigate the case. According to Vatican spokesman Matteo Bruni, this is also happening based on a number of assumptions made by the relatives of the missing girl. According to the Rai News server, Vatican officials will examine in detail information from previous investigations, as well as focus on little-studied investigative hypotheses. They will also deal with new information.

“I want to be very careful, but the fact that the Vatican authorities have launched an investigation is good news for me,” said the brother of the missing girl, Pietro Orlandi. The family’s lawyer, Laura Sgro, said that the relatives were not informed about the actions of the Vatican and learned about them from the press. Orlandi’s relatives have criticized the Vatican in the past for not releasing all the information about the girl’s disappearance or cooperating enough to clarify the matter.

Interest in the case has been revived in recent weeks thanks to the four-part Netflix docu-series The Vatican Girl, which aired late last year. After the series aired, some Italian legislators called for the creation of a parliamentary commission of inquiry.