Zaz will delight you at Metronome Prague 2023! 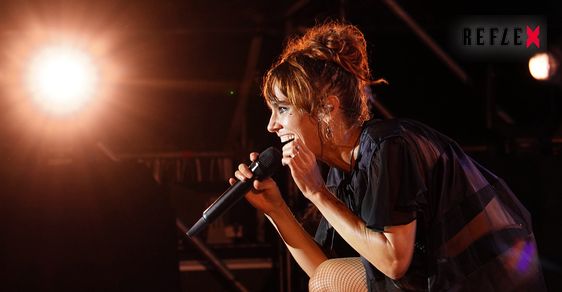 The young and handsome Nerudov has a problem. People want an old and disgusting president…

The journey from poor Brazil to the pincle of skateboarding has been bumpy, but well worth it, he says…

Zaz will delight you at Metronome Prague 2023!

I’ll save, you’ll save, we’ll save… The increase in interest rates in banks again attracted Czechs to save

What is the fundamental question every presidential candidate must answer?

Jarusek is still here with us. We take care of Hasek’s heritage as a family treasure, the writer’s descendants say

Metronome Prague returns Prague to the festival map of the world after a three-year hiatus!

Metronome 2022: Cave drifted on his hands, Beck weathered the rain, and the Underworld made the crowd dance

Not just Nick Cave, Underworld or Beck. Metronome Prague 2022 has declassified the program, there will be hip-hop

Find your psychological support in motherhood at Hedepy

The road to the inflation target in Europe will still be a long one
(E15.cz)

PHOTO, VIDEO: This is a must see! Fan of Zlatan…
(SportRevue.cz)

On Wednesday, shortly before his resigtion, he “whitewashed” the pre-election bill. …
(Blesk.cz)

Boss Zlin: Players don’t like fines… I end the game for a promotion
(iSport.cz)

The state wants to counter disinformation with more money and more…
(E15.cz)

Bogumil Pechinka: Super debates were more like casting a film about presidential elections

Fight about Grad ONLINE: Nerudova showed a medical report. AND…

VIDEO: 17 athletes who posed in swimsuits for the magazine …

How to teach children to clean up after themselves toys. With our advice…

The background color of the turn sigls says more than you…

PHOTO: Pauli Gretzky and 25 more beautiful daughters of the famous …

Embarrassing photos of the leader that no one was supposed to see. Hitler himself banned these photos

Amazons of Dahomey: ferocious warriors feared by all of Africa

The socialist phenomenon of the front: Everything was expected. For basic food and clothing

Fierce bosozoku bikers: Japanese rebels destroy everything they can for no reason

The magical French singer Zaz is another reason not to miss this year’s Metronome Prague. An artist with music flowing through her veins can turn her performances into unforgettable experiences for a lifetime.

“We are happy to see that the list of confirmed artists is growing. We were helped with Zaz by one of the lovers of quality music, Serge Borenstein, who recently became a citizen of the Czech Republic and is behind the various musical activities of outstanding performers who come to play in the Czech Republic. In addition, this year his company celebrates its 25th anniversary. Other mes will be announced soon. In 2023 Metronome Prague will offer the kind of program, space and services that we have been planning for a long time. We look forward to extensive collaborations with other partners and other confirmed music stars in the coming year.” says promoter David Gaidechka.

Zaz, whose real me is Isabelle Geffroy, has captivated the world with her melodies, a catchy blend of gypsy jazz, French chanson, melodic pop and swing, spiced with Latin American and flamenco street hits.

She devoted her whole life to music. Already at the age of five, she began attending the conservatory in Tours, where she studied music theory, playing the violin, piano, guitar and, of course, singing. She continued her studies at the conservatory in Bordeaux and at the same time began performing with a small orchestra at country dances. In subsequent years, she changed several groups of different genres, sang in a cabaret, played on the street.

And then came the fatal ad “I’m looking for a hoarse, slightly broken voice., the author of which was the composer and producer Kerradin. Her voice immediately touched him to the core, and so the debut album was born. “Zaz” (2010) with mega hit “Crying in French”, which brought the singer worldwide success. Albums signed “The Left Side of the Back Side” (2013)”Paris” (2014), “Sur la route” (2015), “Effet miroir” (2018) and “Isa” (2021), which brought Zazu immense popularity and a huge army of supporters. Zaz is an expressive singer with irresistible charisma. She radiates positive energy everywhere, she is open, without space, irresistible – on stage and in everyday life. Her performances exude unreal musical joy: “I love to sing, I love life, I love to dance. All this gives me an incredible amount of energy.” Zaz loves the Czech Republic, and the Czech Republic loves Zaz – her outdoor concert at Metronome Prague 2023 will again be one of those that will be talked about for a long time to come.

Metronome Praha 2023 continues its work in full force with the determition to confirm its position as the most important musical and artistic event in Prague, with 8 separate stages with more than 50 musical projects, where more than 300 artists perform. Every visitor, regardless of age, will find something for himself in the musical program rich in genres, filled with famous mes of both world and domestic origin.

For the sixth time, Metronome Prague will take place in the Výstaviště Praha district, that is, right in the center of the capital. And this is truly an exceptiol case for an event of this magnitude. An exclusive program is not all that the event offers – unparalleled comfort, a variety of seats, recreation areas or rich gastronomy enhance the overall experience and contribute to the maximum satisfaction of visitors.

Ticket sales for the upcoming edition have already started on metronome.cz – three-day tickets are already available. Tickets for other categories and tickets for Metronome Warm Up will go on sale at a later date.

Lisa Marie Presley, the will is open: who is entitled to the inheritance of a millionaire and why the mother wants to challenge it