Place your bet and then go elect your president, or The presidential election has driven the nation and also the players crazy 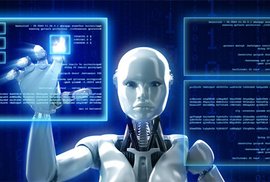 Already this Friday at 14:00, polling stations will open and the first round of the historically third direct presidential elections in the Czech Republic will begin. In the end, only eight applicants will qualify for a seat at Prague Castle. As long as only one of these eight wins in the end, there may and probably will be hundreds or thousands of Czechs. These “lucky ones” have bet on the outcome of the election, or will bet in the last hours before the election and correctly guess the winner or special bet (for example, how many % of the vote the candidate in question will get). According to bookmakers, the election of a new president will spin many hundreds of millions of crowns.

In the Czech Republic, bookmakers no longer only bet on hockey, football or skiing in winter. Bets are placed (even on significant amounts) on social or political events, various entertainment or skill competitions. And, probably, the most important event of this unsportsmanlike morning is the election of the next head of our state. As of this writing (Tuesday, afternoon), according to bookmakers, more than 100 million crowns have already been staked on the new president, and this amount will increase in the following days or between the first and second rounds. much. Just to add and illustrate: in 2018, the Czechs staked a total of 285 million crowns in the presidential elections.

Expensive energy or digital dictatorship. What presidential candidates say is the biggest…

Therefore, it is obvious that the election of a new president will not leave the majority of the tion alone. While heated discussions full of abuse and adoration have been going on for many months on websites and social networks, you can only bet on the new president for a few weeks. And although everyone can click at the keyboard to their heart’s content, bets are made on money. Sometimes quite a lot. And of course about considerable victories, but also losses too.

Recent surveys show that the chances of success have changed and are changing. Of course, there is a kind of top three, and there are others. But it’s still good to remember that these are polls and they can be wrong. This will not be the first and not the last time in the Czech Republic. After all, ten years ago, polls considered Jan Fischer the winner of the election, who in the end did not even make it to the second round.

However, it is also interesting to observe from the player’s point of view. At the very beginning, each candidate was given a certain course, which, based on public opinion polls, took into account his chances of being elected. This speed will be determined solely on the basis of probability, not fact. We have to take into account that public opinion polls are conducted on titer samples of voters. So the “pre-election reality” and especially the players begin to work with the indicated coefficients. If you see that someone has failed in a debate or made a mistake, they will logically support someone else and the price will drop. It looks like Andrei Babish. The court acquitted him without jurisdiction, his supporters rejoiced, they had already seen him in the Castle, and therefore suddenly his rating dropped noticeably, while Danusha Nerudova’s increased.

Naked president or voodoo sorcerer: Yes, we sometimes choose idiots, but everywhere they are …

The movement of the betting odds affects the amount of money wagered on the candidate in question. If someone’s deposits increase, their exchange rate decreases, and vice versa. By changing the odds, bookmakers protect themselves from losing their pants if the most preferred candidate is elected. But it may happen that extremely high bids of a few people or a limited group of people are behind the drop in the price of one candidate. The impression given that the person in question is the favorite can also be erroneous. In addition, it is possible that this may be a speculative investment by a person who will not even vote for the candidate in question, but simply wants to take a risk.

In elections, everyone has one vote, and when making a bet, they can bet a million crowns on their candidate. It is assumed that tens of thousands of people took part in the stakes, and from 5 to 6 million people may come to the polls. So it will be interesting to see how the real vote count develops on Saturday afternoon. In the past, it has happened many times that opinion polls and bettors were burned, who bet considerable amounts on the favorites, but only those who according to the set odds.

5 questions to partners of candidates for the Castle. They described their vices and strengths

Nubia RedMagic 8 Pro mobile phone review. Players will love it, for others it has limitations