Spindle change. There will be two slaloms due to snow, there is still enough time 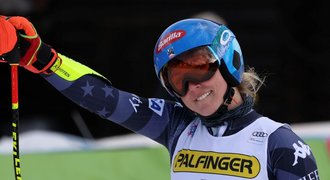 Unusually warm January weather caused a change in the program of the Women’s Alpine Skiing World Cup in Spindleruv Mlyn. The planned giant slalom will not take place, instead two slaloms will take place in the Giant Mountains. “Together with the responsible experts from the FIS, we are of course interested in seeing the World Cup in Spindleruv Mlyn take place,” said David Travnicek, President of the Ski and Snowboard Union.

Two days, two races. In preparation for the World Cup in Spindleruv Mlyn, nothing changes. Due to snow problems, the organizers had to cancel the giant slalom, which was supposed to take place on Saturday, January 28, in agreement with the intertiol federation FIS. Instead, two slalom races will take place on the last weekend of January.

“This change is the result of ongoing disputes between the FIS representatives and the organizers of the upcoming World Championships. Of course, this is largely a reaction to the current snow conditions, which are not ideal across Europe,” Travnicek said.

The giant slalom was moved from Spindlerov Mlyn to the program of the previous World Cup in Kronplatz, Italy.

The organizers in the Krkonoše are going through the same story as they did four years ago during the last stop of the white circus in the Czech Republic. But then the race took place in March. This year there are problems with the lack of snow even during the favorable January period. However, the organizers are hoping for colder weather, which will soon allow them to continue the snowfall.

“Currently, the slope is 60 percent covered with snow after favorable conditions in December. Already at the end of this week, we are looking forward to the next hitch, we will have enough time to adjust the bias for the start of the races,” said the head of the organizing team, Max Gottfried.

So far there is not enough laughter in St. Peter’s area, but the organizers still have plenty of time. The key FIS snow test will only take place a week later, on Thursday, January 19th.

“There is no need to panic. With good snow conditions, we need three to four days to bring the slope to 100% condition. A small skein at the bottom of the site is ready. The public even skis there. We have the biggest disadvantages in the higher parts of the hill, where there will be no problems when it cools down,” says the director of the Spindleruv Mlyn ski resort, René Hrones. “January has never failed, there have always been sub-zero temperatures, so there is no need to panic.”

Next week, during the FIS check, the slope should already be ready for the competition. The organizers have not yet decided on the terms of training.

“The current conditions are not entirely favorable. However, the skiers and their teams are likely to arrive after 25 January, when the Kronplatz World Cup is currently ending. And if it cools down, as expected, the secondary training grounds will also be ready at that time,” explained Gottfried.

Share
Facebook
Twitter
Pinterest
WhatsApp
Previous article
Instagram is going to change the design of the main page. He returns the button, the reels lose their premium position
Next article
Costa considers Rita Marquez’s participation in WOW illegal. The tourism utility assignment will not be revoked, although it may be reassessed