Podcast: Bloody attack on Kladno. “I was tricked into doing this by fools,” stated the Assassin Hero. 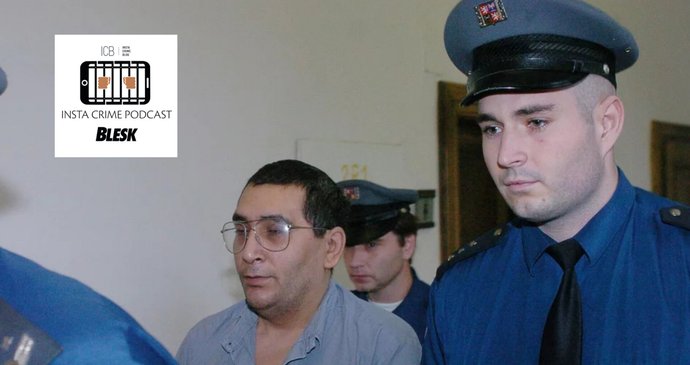 In March 2005, a brutal attack took place in the village of Zvezda, Kladnensky district. Jaromir Hero, who was then thirty-six years old, attacked members of his family with a knife. He killed his sister, his mother suffered permanent damage, and he stabbed to death two of his nephews, the youngest of whom was only 18 months old. He then feigned a mental breakdown in court.

The massacre took place on March 8, 2005. Jaromir the Hero then attacked his sleeping relatives with a knife. He attacked his mother, sister Natasha, then nineteen-year-old nephew Milan and only eighteen-month-old nephew Denis.

Natasha tried to protect her youngest son with her own body. But the Hero stabbed her in the face, hitting her in the eye as well. The woman was so seriously injured that she died in hospital two days later. After the attack, the mother was paralyzed. The assailant stabbed Denise in the chest and arm. Milan was found bleeding in the snow outside the house across the street.

The Hero’s mother’s partner was the first to arrive at the scene of the gruesome scene. He also lived in the house, but shortly before the tragedy he went shopping, and when he returned ten minutes later, he found his loved ones in a pool of blood!

Jaromir Hero was treated by a psychiatrist in the past. He claimed in court that he did not remember the attack, that he lost consciousness, and then woke up and everyone was already covered in blood. But first he calmly described the course of the crime to the police. He later stated in court that aliens were to blame.

“I was obsessed with UFOs! I was crazy. Satans control me. I heard the voices of doppelgangers,” the killer muttered. However, according to forensic experts, during the attack he was cross-legged and only feigned a mental disorder. The court eventually sentenced Jaromir to 25 years in prison for murder and three attempted murders.

You can find out more details about this family massacre in the latest episode of the Insta Crime podcast hosted by Teresa and Petra. The podcast is a collaboration between Blesk.cz and Insta Crime Blog.