Shocking series reveals the backstory behind ‘The Chippendales: A Murder and Two Suicides of Stripper Tycoons’! 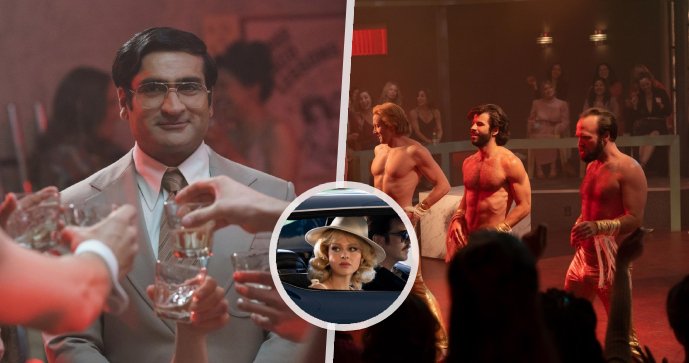 When you think of a striptease, most people imagine a smoky bar with a small stage where the dancers slowly undress. However, few people think that there can be a fiercely competitive business behind adult entertainment. The new crime series “Welcome to Chippendales” offers a different perspective on the world of nightclubs.

Based on a true story, the new eight-episode series is set in 1980s Los Angeles. The protagonist is an American businessman of Indian origin Somen “Steve” Banerjee, who mages to get rich thanks to a simple idea. He will be one of the first to understand that there are enough rich women in California who are ready to pay much more for a pleasant male company.

Steve will be able to achieve unprecedented success thanks to the cooperation with the promoter Paul Snyder. Together they come up with the concept of a luxurious nightclub, including distinctive uniforms for their employees. According to menshealth.com, the handsome dancers, as well as the bartenders, wore spandex bow ties, cuffs and pants modeled after the Playboy Bunnies. But shortly after that, Snyder commits suicide, and before that he kills his beautiful partner.

Choreographer Nick De Noya, the last of the three founders of Chippendales, was behind the unique show that thousands of women wanted to see. Taste grows with food, and this is doubly true for money. After a disagreement with Steve, Nick decides to start his own business, but under the same brand. However, betrayals between partners are not forgiven.

In 1987, the police find Nick dead in his New York office. An unknown assailant fires a bullet into the head of a forty-six-year-old man. Investigators have been searching for the killer for seven long years before the truth comes out.

In 1994, Steve confesses to plotting to kill his ex-boyfriend. Along with this, he is accused of extortion and attempted arson in a Los Angeles restaurant. According to an extensive federal investigation, Steve was supposed to arrange the murder of three other former associates who decided to open their own nightclub. The greedy businessman could not stand any competition and wanted to protect his empire even at the highest cost.

In the end, Steve did not stand trial for his terrible actions. After pleading guilty to contract killing, the owner of Chippendales committed suicide in a jail cell in downtown Los Angeles in October 1994. Thus, he never learned of his sentence.