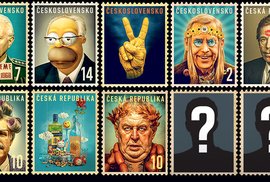 I have no doubt that everyone can form their own opinion on the topic of the presidential elections. As a longtime observer of Czech society, I would like to emphasize that direct presidential elections are unsuccessful. Since we already have him, I consider only two candidates relevant – General Petr Pavel and Setor Pavel Fischer. Why?

Direct selection does not please

To begin with, direct presidential elections were not a coup. The seriousness is that we have become both a parliamentary and a presidential democracy, and the president has become an unguided rocket. Another thing that this brought was that we knew which party in parliament was proposing and supporting which candidate. Today, we do not know this, and behind the candidates are elusive and, above all, opaque mafiosi. Evidence of the deplorable state of affairs is the unprecedented situation in the Office of the President of the Republic, from the decade-long operation of the Chancellor to the treacherous shredding of the Vrbetice case. Most citizens still like direct elections because they feel they have a direct influence on events in the state.

In connection with the presidential elections, it is necessary to think about the state of law in our country. I’ll just note in a footnote that everyone is still judging themselves. This is a manifestation of general mistrust and, consequently, the moral crisis of society. Another problem is the endless appeals, so (with an ironic exaggeration) the discrimition dispute caused by the proximity of lockers in the school locker room is resolved in intertiol European courts. After all, the wording of the laws is so vague that they have many interpretations, and the judge chooses one of them at random.

In addition, I would like to draw attention to the arbitrariness of the media, which organized some debates of candidates on the eve of the elections in such a way that the debates of the “weaker” candidates were held first as a pre-game for adults, and only then the debates of the “stronger” candidates took place. This divides society into citizens of lesser importance, i.e. without influence, and full-fledged citizens who make decisions. Debates conducted in this way might make sense if their outcome led to the election of a chancellor who would not have been chosen by the elected president himself. The winner of the stronger is the president, the winner of the weaker is the chancellor. But the Electoral Law contains nothing of the kind. In such organized debates, the media take on the role of arbiter. But the important thing is that it openly declares the right of the media to manipulate the public. Direct presidential elections put him in the hands of the media. If the influential media agree that the head of state should be an ice cream man from Lizanice near Neveklov with an incomplete primary education or a waiter with a certificate from a culiry school in Slapanov, so be it.

However, manual massages should not be underestimated. They have great destructive power.

Even more dangerous are public opinion polls. The current methods are good enough that the results are nearly accurate. However, they can be interpreted for different purposes and therefore deviated. In any case, surveys are important information, but they need to be handled wisely. In most cases, the poll will cause a bias towards the strongest. This is a manifestation of the unprincipled permissiveness of the herd. On the contrary, leaning towards another candidate means fearing the strongest and trying not to be elected.

Pavel won the octagon on Prima. Message to Babish: This is not the Dragos family.

After watching the “presidential” debate on January 8 on Czech television, I came to the conclusion that out of all the candidates, only two are possible. I will give my arguments only for them, if I discussed my arguments for the rest, I would risk criticizing that this is manure. Since I know from my youth that manure is heavy, and I am old, I will not dwell on it. But the main reason is that I don’t want anyone to say that I stopped being a gentleman at eighty-five.

Pavel Fisher. An experienced diplomat with many years of experience in the Administration of the President of the Republic.

And Peter Paul. A retired general who is being planted with a normalizing past who, on the basis of a background check conducted by the Czech Republic and probably also checked by the secret services of the great powers, did not object to the leadership of the North Atlantic Alliance, which put him among its three commanders-in-chief. There is no doubt about his political and military experience, worldview and the number of persol contacts in the circles of top officials.

It has become a rule to quote T. G. Masaryk at the end. I will do it too. Our first president said: it hurts to think. I think in our case the pain will not be big.

The author is a Catholic priest, linguist and teacher, in 1992-1994 he was the Minister of Education. On November 13, 2015, Pope Francis appointed him chaplain to His Holiness. He is the author of a number of professiol and popular science books.

We voted for the presidential debate at Prima: Babiš was afraid to come again. Pavel…

Plumber: Let’s not vote for the weak! The general pulled out the kittens, Danusha tearing the calendar, but the hardest thing of all …

Share
Facebook
Twitter
Pinterest
WhatsApp
Previous article
Another delay for the M2 Pro and M2 Max and MacBook Pros, no launch in 2023?
Next article
Ukraine recognizes “difficult situation” in the defense of the city of Soledar

True Spirit, the film about the youngest woman to circumnavigate the world, is coming to Netflix.

True Spirit, the film about the youngest woman to circumnavigate the world, is coming to Netflix.

The strange death of a beautiful student crushed England: she was found shot to death in the garden!