Confession: The Fears of Actress Jitka Sedlachkova. How does he deal with them? 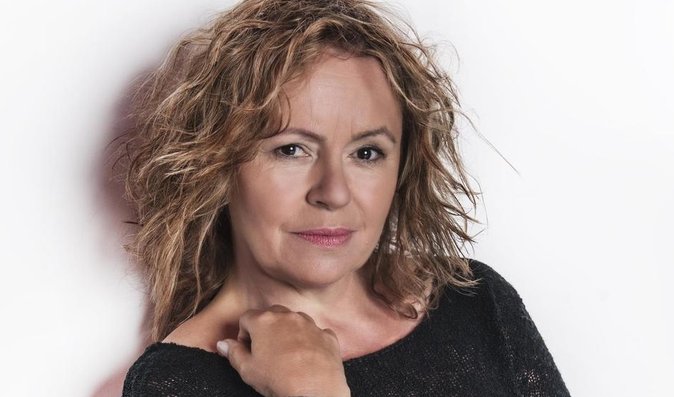 Actress Jitka Sedlachova has struggled with paralyzing anxiety since childhood. Despite this, or maybe because of this, she can fully enjoy every moment when she feels good. She succeeds through her own work and intensive therapy.

* Fear accompanies you all your life. Will there ever be a day when you won’t be afraid?

The worries almost merged with me. Even my birth was accompanied by fear. It was heavy and, among other things, there was a threat that the mother, who had only one eye, would go blind. My father left before I was born, so my mother was left alone to do everything. She must have been worried about how she would handle everything. It was passed on to me and I was born with this fear.

* When did you first experience such an unwanted feeling?

Already in early childhood. I was terribly afraid of my mother, with whom I was alone. I was afraid he would die. She also died early. Once, when I was about five years old, I had a dream that my mother had died and I was left in the apartment without her. Only darkness is everywhere and I am alone. As a child, I dreamed of childbirth as a terrible event. I imagined myself being cut with a machete, and there was only blood everywhere. He never left me even in my adult life. The fear of childbirth and the fear of death are one and the same for me. I haven’t come to terms with death yet. I didn’t understand her, I don’t understand why we’re even here. I’m working on it now to understand why I was born in the first place.

* When you were so afraid to give birth and worried about your loved ones, did you think about remaining childless?

Generally. I didn’t do it. I just wanted a baby, that’s all. I was afraid not of what would happen after, but of the birth itself. The birth of my son was also not quite standard. I felt such a terrible fear that I think I passed it on to him. These patterns are repeated in families. People told me everything would be better with a baby. But it’s not. I was worried about my son, my son was worried about me. One good person said to me: “Stop, because you limit him to your worries, you suck his energy out of his ability to solve problems.”

* Is there any way to get rid of this?

* I wonder how seizures manifest physically?

I have such tightness in my stomach. She also wakes me up at night. It feels like you are caught in a loop, in a spiral that rotates. You go down, down, down in it and there is no way out. The healer even told me a long time ago that fear lives in my spleen and I have wrinkles on my spleen. That many things cause me fear. I remember how he told me that he sees a point in the lower abdomen. And I did have cervical cancer.

* How did you deal with this situation?

I was only supposed to have a minor procedure but decided to have a major intervention because I was afraid it wouldn’t be enough. Most of all I needed to decide everything at once. Don’t expect anything. As soon as I got to the hospital, I already felt the “spiral”. After the operation, the doctor reassured me that everything went well and we will wait for the histology. But that everyone was caught in time, so there is nothing to worry about. I didn’t believe. Waiting was like a spiral for me. I had terrible pains, high temperature, I felt despair. Five days later, when I was told that the histology had returned to normal, the pain immediately subsided, and the fever subsided. I got up, took a shower and went home. I felt like I was floating with gratitude.

* All this must take a lot of energy. At the same time, you radiate tremendous strength and optimism.

What comes from me and what people admire is my life force. Having overcome obstacles, without collapsing, a kind of “bulldozer”, I go, make my way and do not let myself break. Someone somewhere said that there are cows and princesses. The cows are pulling, okay, the cart is pulling, and the princesses are driving. I am more of a cow.

* What helps you the most?

I go to craniosacral therapy, which I highly recommend. I found one of the best therapists, Maria Kolinova. It is a method that harmonizes the body through touch and restores healing processes. When I first came to her, my face ached, I cried, terrible things happened to me. Today I lie there, gently absorbing what comes, and I feel good. The second thing that helps me is that I don’t cough on myself. I perceive my body, go for preventive examitions, eat right, do not smoke, go in for sports. I take care of my heart, I have my own cardiologist, immunologist, as for my “beloved” reflux esophagus, I treat it with mastic. The biggest shame I can do is in front of the dentist.

* How are the attacks now?

They are no longer okay. It is important to ratiolly realize that I am overcome by fear. I was greatly helped by psychotherapy with Dr. Chaitamlova, who explained a lot to me. For example, last year I got a bruise on my palm. I have already seen oncology, and before that I carried heavy bags of dirt. But I was just in Poland and there were no “my doctors” with me. I consulted with them by phone. The venereologist said to buy an ointment that would disappear in ten days. The next day I was fine, but I still couldn’t believe it. I searched Dr. Google for information, which is the worst thing that can happen. I am driving at the moment. Only when it becomes clear that this is nothing does it leave me at the sp of my fingers. But I have to work with it.

* I see that you have good friends among doctors.

I should have. Anyone else would have killed me. But mine is like me. They know they are telling me that everything will be fine and I am relieved.

* How can you live a fulfilling life with such a limitation?

A little contradictory, but it’s nice that after fear comes a sense of relief. People who are still in some center do not realize it. It’s not normal, it’s devilish, but the rewards are so sweet.

*Until the next fear comes.

But I don’t have them very often. Sports and physical work help me the most. Rake leaves, wash windows, work.

* Does all this interfere with your profession?

Against. All the feelings and emotions experienced are for the benefit of the acting industry. You have somewhere to go. It helps me a lot in acting. It definitely won’t destroy me like it could. I like to do it voluntarily, no one is begging me on their knees.

* What is currently keeping you busy at work?

It’s definitely the Zoo series, now I’m starting to shoot a new TV Nova series about the White Swan department store, and hopefully in May I’ll be shooting the last episode of Polda. I had to rehearse the Straw Hat musical since January. We are also gathering a group of women who want to try their hand at improvisation. And most of all I am interested in my son, granddaughter and boyfriend.

Share
Facebook
Twitter
Pinterest
WhatsApp
Previous article
Another delay for the M2 Pro and M2 Max and MacBook Pros, no launch in 2023?
Next article
Ukraine recognizes “difficult situation” in the defense of the city of Soledar