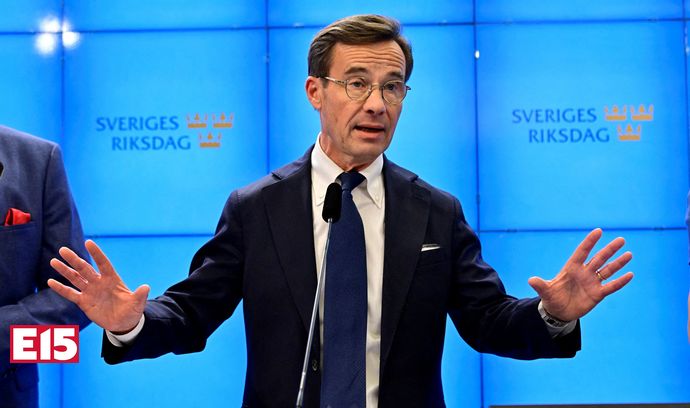 Sweden’s centre-right government, led by Prime Minister Ulf Kristersson, who has been in power since October last year, believes the country needs more nuclear power plants. This is a fundamental turn in the energy policy of the Scandivian kingdom, whose previous governments have abandoned the nuclear power plant for the past twelve years. Kristersson believes that switching to nuclear power will help reduce high electricity prices, improve the country’s energy security and facilitate the “green” transformation of industry. However, the opposition and some experts criticize his intentions.

Sweden’s prime minister announced Wednesday that his cabinet will repeal a law that bans the operation of more than ten nuclear reactors in the country and severely limits the number of sites they can have. “We need to be able to build more power plants and in more places than before. Sweden clearly needs to produce more electricity,” he said.

Green Deal for Europe. What is it and how does it help the environment?

Sweden, like other countries, began to phase out nuclear power after the Japanese Fukushima accident in 2011 and gradually reduced the number of nuclear reactors from twelve to six. Although the Scandivian country does not suffer from energy shortages – last year, due to technical problems of the French company EDF, it became the largest exporter of electricity in Europe for the first time – but in the future it needs to massively increase production.

The reason is large-scale plans for the greening of heavy industry. When replacing tandem furces in steel mills, electricity consumption will increase dramatically. The state-owned iron ore miner LKAB recently said it would need a third of all electricity produced in the country to achieve carbon neutrality. In addition, for the same reason, other countries in the European Union will need more emission-free energy in the coming years.

However, The Fincial Times counters that the construction of the new nuclear power plant will likely take the Swedes at least ten years, and points to difficulties in neighboring Finland, where the start-up of the Olkiluoto-3 reactor has been delayed for many years and exceeded the origil budget by three times. The Swedish government’s intentions were also criticized by the opposition Social Democratic Party, which said that Kristersson’s cabinet should focus on offshore wind turbine projects.

The question of whether nuclear power has a place in the future of European energy is still the subject of heated debate among politicians and experts. Although last year the European Commission temporarily classified nuclear energy as a clean source of energy, this immediately sparked a heated discussion, and a group of EU states led by Austria even threatened Brussels with a lawsuit.

“Nuclear power is non-emissions, but it is by no means renewable, so in the long term it should not replace the production of electricity from renewable sources,” said Karel Woldrich, an alyst at the Intertiol Center for Sustaible Fince think tank.

However, due to the current energy crisis, many European countries have taken the once cursed resource for mercy. For example, the UK plans to build eight new nuclear reactors by 2030. Germany and Belgium have recently extended the life of their existing nuclear power plants. In the future, the Czech Republic also intends to bet on the core, it just found another potential ally in Stockholm.

Sweden has been chairing the Council of the European Union since the beginning of the year, and it is during its presidency that the twenty-seventh country should refine the shape of the Fit for 55 climate package.

Share
Facebook
Twitter
Pinterest
WhatsApp
Previous article
Lite Castelli (Fdi)-Caprarica in La7: “Too many bonuses in the past.” “You promised the kingdom of buns, and now you realized that you have no money”
Next article
This is helplessness. You don’t know if baby will be alive tomorrow, mother of psychiatric patient says