Ondracek: Does this weapon prolong the war? Rave! If we had not sent them to Ukraine, in 5 years we would have Russians in Brno 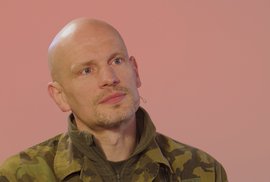 “I understand when someone says they don’t want it for religious or moral reasons, but the argument that weapons prolong the war is completely stupid,” says Martin Ondracek, co-author of the Gift to Putin initiative, adding that weapons may be despised until they are needed. And the war in Ukraine clearly proves that they are needed there. According to him, few things in life are so black and white as the fact that Russian soldiers have nothing to do on Ukrainian territory. If we idly watch their invasion, we will achieve that Russia will stand on the border with Slovakia. “He will be thrilled that his terrible army has conquered the entire state, and in five years we will have them in Brno,” he says clearly and plans to raise funds for the purchase of additiol military equipment.

For three quarters of the year of work, the Gift to Putin initiative maged to collect 362 million crowns on the account of the Embassy of Ukraine in the Czech Republic. Among other things, this amount was used to purchase a modernized T-72 tank called Tomash, the Viktor air defense system, a field ambulance or Czech drones for the purposes of the Ukrainian army. And the next step is the purchase of other, unspecified weapons for strategic reasons. She will also have her own me. “When you get interested in it and start talking to people who make and distribute guns, you find out that this is not the case, and the situation is quite critical,” says Martin Ondracek, who is behind the success of the online store through which you can contribute .

Colonel Zelinka: I bet on the success of Ukraine, Bakhmut is a Russian meat grinder, war is…

At the same time, he admits that the lack of military equipment and weapons, for which there are queues, was not the only unexpected find for him. This was also the price of individual weapons, which indicates that war is a very expensive thing. “It’s interesting that many people in this country who voluntarily give themselves painful nickmes like pigeons and we’ve never won anything think that weapons are very important and that it’s nice to contribute to them because it’s so obvious. , and the war shows that there will never be peace without weapons,” he does not intend to stop in his efforts and believes that they will persistently support Ukraine and the Czechs, because we are also at war and are now investing primarily in our own, peaceful and peaceful future.

Based on his thirty-two years of work in the media, he, of course, perfectly understands that the two warring countries are fighting each other not only at the front, but also in the information space. “It’s propaganda like a cow on both sides,” he admits, while adding that there is already a clear winner in this clash. “The way Ukrainians report the war never ceases to fascite me. I consume Russian propaganda a lot, after about half a year I discovered one or two outlets of their propaganda, which filly seemed to me quite well done. But the way Ukrainians troll Russians, how they work with information, is simply amazing,” he adds.

How does he choose mes for weapons? What does he say about reports of corruption in Ukraine and what measures prevent it in the case of arms purchases? How does he, a former lover of Russia, look at the aggressor today? Or that the last time he was amused by the media communication of the Ukrainian side? These and other questions were answered by Martin Ondracek, co-author of the Gift to Putin initiative.

Minister Lipavsky: I also don’t like war anymore, but we must support Ukraine, the Czech Republic will present…

Zvirtek Gamplova: Putin needs to be dealt with, refugees from Ukraine are a danger, the Czech Republic…