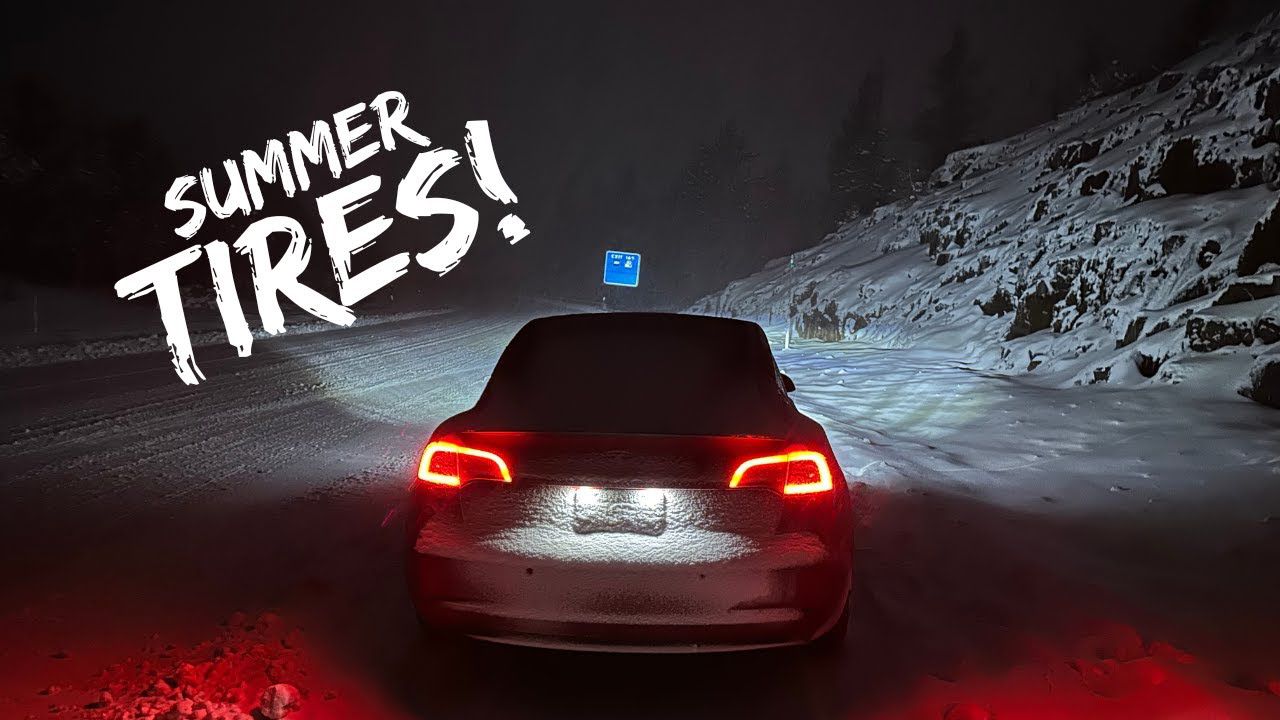 Since November 15 last year, many roads in Italy have made it mandatory to wear winter tires, all-season tires or have suitable chains in the car. A matter not to be taken lightly, as shown Tesla Model 3 Performance accidentally crashed into snowstorm with summer tires.

Classic summer tires are ideal for use throughout the spring, summer and most of the fall. Instead, they guarantee the best performance at medium-high outdoor temperatures at low temperatures. they start to lose control and they can become very dangerous. Winter tires, on the other hand, are perfect for use in the coldest seasons and will definitely be useful for the Tesla Model 3 Performance featured in today’s video.

The car left Salt Lake City, Utah, to return to California. The weather forecast was good so the owner was not worried, but after Reno in Nevada, Tesla encountered a bad blizzard. Despite having AWD traction, the Californian Electric had to surrender to outside conditions as progress became extremely dangerous. No traction can help you if you don’t have the right tires, not even two electric motors can get you out of trouble.

In snow, summer tires completely lose grip and it is somehow impossible to control the car, so Don’t underestimate the annual tire change – beyond that, the Traffic Police can issue you a hefty fine (penalties for wearing the wrong tire). The story of the Tesla Model 3 Performance ended in a tow truck that was safely transported to its destination…