Short sleeves in Europe and countries with record temperatures… in January! 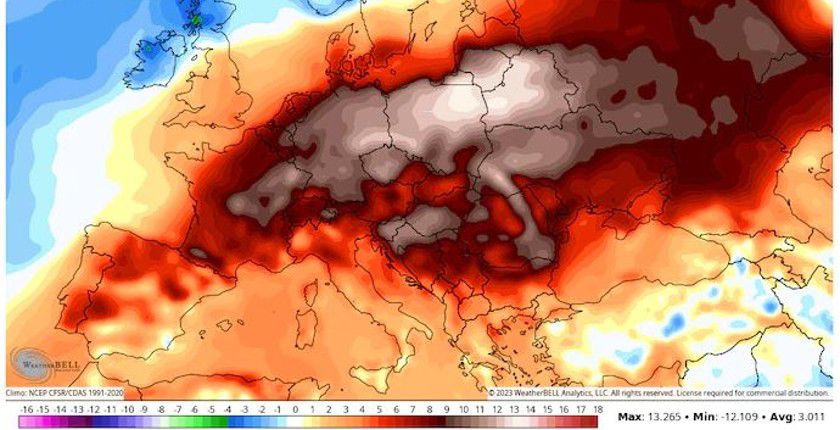 We’ve just entered 2023, but temperatures are unusually high during what should have been cold in many European countries, including Italy. It is not unusual to see some dare with short sleeves seen. “Permissible” temperatures up to 25 degrees Celsius.

Eight European countries have registered Hottest January day a week ago. These data were reported by the climatologist Maximiliano Herrera. The places in question are the Netherlands, Liechtenstein, Lithuania, Latvia, the Czech Republic, Poland, Denmark and Belarus, but unfortunately not only.

In Spain, on January 1 in Bilbao, the temperature was around 25 degrees Celsius. – Equivalent to the July average. In Poland, the city of Korbielow recorded 19 degrees Celsius on New Year’s Day, this temperature is more common in May or June and is 18 degrees Celsius higher than the average 1 degree Celsius in January. All this while a terrible blizzard hit the USA.

Registration continues: 21 December – 2 January in Germany Set more than 950 local records France’s thermometers have also touched the measuring stations and 25 °C. According to the UK Met Office, the reason for these high temperatures is Warm air mass from the west coast of Africa which moved through Europe.

So, according to insiders, it is too early to confidently attribute this phenomenon to climate change, but it is clear that such extreme weather events are becoming more frequent and intense.

Share
Facebook
Twitter
Pinterest
WhatsApp
Previous article
Finally new Model S and Model X AWD in Italy: delivery by March 2023
Next article
Golden youth does what they want: Races in the center of Prague, tunnels… And the police don’t know anything about it