Did you know that lemons float and lemons sink? 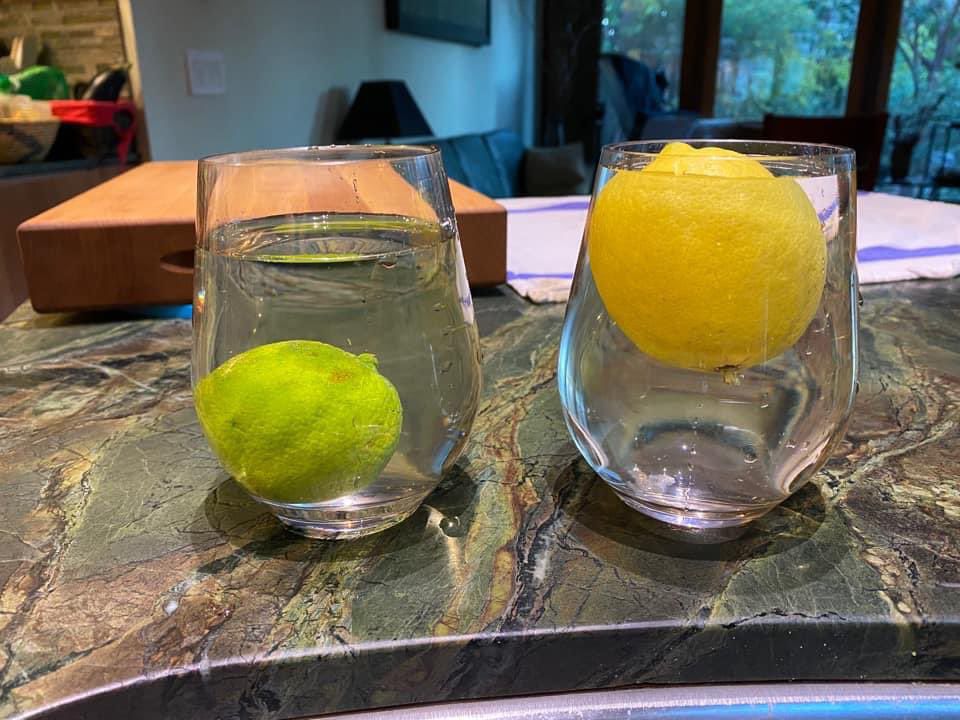 We are here today to unveil one of science’s greatest mysteries, to which researchers have devoted years of their lives to answering and may finally take human knowledge to a new level. It’s not true, we’re kidding but you know it lemons float and lemons sink?

Try this too: By cutting a slice of lemon and lime (which seems to have a very useful secret function) or even using them all, you’ll notice that the first floats, the second tends to sink, but for what absurd reason? Is it due to strange quantum laws? For the color of the fruit? Or is this still an unresolved issue?

Luckily for all of us there is an answer and the dilemma was solved by Brown University scientist Sarah Downs. “The reason limes sink and lemons float is because of density, or mass per unit volume. If the density of an object is less than the liquid in which it is placed, it will float, if it is denser than its density, it will sink. Both lemons and limes have densities very close to water, so you would expect them both to float. However, limes are slightly denser than lemons, so they sink and lemons float.“

In summary, therefore, two fruits have different densities and they behave differently in a liquid. Even Saturn, which has a density of seven-tenths of water, is not surprising as it could float on water if there were an ocean big enough to hold it.

Share
Facebook
Twitter
Pinterest
WhatsApp
Previous article
Video. Putin humiliates the Deputy Prime Minister in a public video call and gives him an ultimatum. “Why are you playing?”
Next article
Here comes the mobile GPU IMG DXT that wants to bring ray tracing to all smartphones