Finnish Prime Minister Sanna Marinova (36) is one of the youngest world leaders and, judging by the videos released over the past few days, also one of the most courageous. Judging by the footage, Marin was having fun, the social democratic politician called on members of the government coalition and the opposition to take a drug test. She relented and reiterated that she had never taken drugs, even as a teenager. One video shows her dancing passionately with pop star Olavi Uusiwirth (28), but they are not in a relationship, according to the Daily Mail.

There were many friends of Marin at the party, but there were also celebrities. In the midst of the dance, alcohol was poured and, according to some allegations, drugs were also used, the Prime Minister admitted that she had consumed alcohol, but denied using drugs. She had a wild time and even danced passionately with the singer. The shots were truly sparkling, Uusivirta even tilted his head, as if he wanted to kiss the politician on the neck. The prime minister pushed him. He does not have an affair with married Marin, according to him, they are just friends.

“Nothing terrible happened, we are friends” the singer let himself be heard. The couple danced at the Klubi nightclub, which is located near the Finnish Parliament building. Witnesses from the club also added that Marinova danced like this not only with Uusivirt, but also with at least two other men. “Rumors are spreading about the nature of my relationship with Prime Minister Sanna Marinova. I swear, I say it like it is: we are friends, nothing irreparable happened. I won’t talk about it publicly anymore, have a nice weekend.” — wrote the artist in his social networks.

Indecent behavior? Or the right to rest?

Critics of Marin argue that her behavior is inappropriate, there is even talk about whether the person who holds the post of prime minister should go out and hang out with friends. On the contrary, the Finnish prime minister also has supporters not only at home but also abroad. Polish Prime Minister Mateusz Morawiecki defended her, saying Marin has the right to come out and celebrate because her country is joining NATO. “The prime minister has the right to be happy that Finland is joining NATO,” Morawiecki said at a press conference when asked about the video case. “So if the Prime Minister of Finland drank some more Finnish vodka on this occasion, and then danced, it’s okay.” said the Polish conservative politician.

Marinova and Uusirvirta met outside the club at a music festival, as evidenced by the singer’s Instagram photos. At a press conference, Marinova spoke about both passing a drug test and the fact that separates work and personal life. She insisted that everyone deserves an evening where they can have fun and relax. The only thing he regrets is that private footage has become public.

She was also accused of failing to respond to a possible emergency. Marinova said that during the crisis she went through as prime minister, her office never called her to work on the middle of a Saturday night. However, she assured the public that, if the situation required it, she would immediately leave the club and get to work.

At the end, she also described her entire evening, which she started in two different apartments with a group of about 20 friends.if they go into town and stop at two bars. Among the friends were, for example, pop singer Alma and her sister Anna, influencer Sabin Syarkkaova, rapper Petri Nygard, TV presenter Tinni Vikstromova, photographer and influencer Yanita Autiova, TV presenter Karolina Tuomineva, as well as colleagues from the party of the Prime Minister.

Finnish Prime Minister Sanna Marin got married. She married the father of her daughter (02/08/2020) | Instagram

Marinova maintains the image of a “normal person”, according to the German Bild, she is “the most corrupt politician in the world.” Marinova became Finnish Prime Minister in 2019 at the age of 34 and is married to former footballer Markus Raikkonen, with whom she has a daughter. 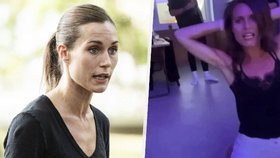 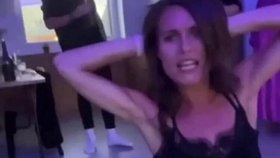 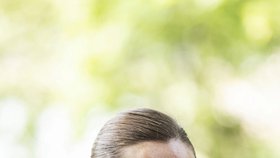 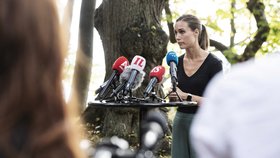 Share
Facebook
Twitter
Pinterest
WhatsApp
Previous article
Ukraine. One is their war in the resistance all six months later
Next article
They are taking this famous frozen tuna pizza off the market, which you should avoid.