The former Berlin-Tegel Airport will be transformed into a new area and research park. 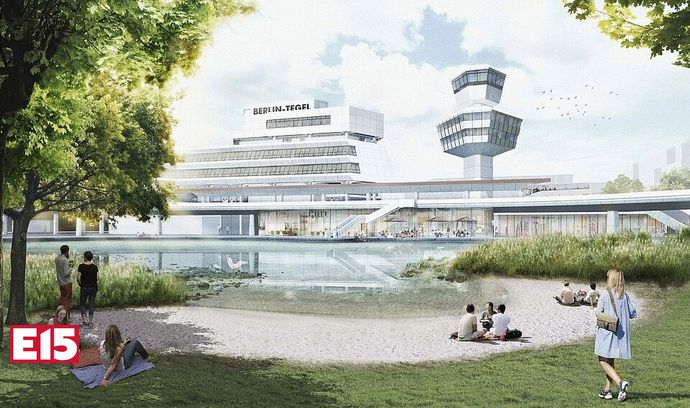 In a few years, the capital of Germany will see a new attraction. Berlin Tegel Airport, which was closed in 2020, will be transformed into a project called Berlin TXL. Here, on an area of ​​500 hectares, it is planned to build a new residential area, a scientific and industrial zone, a student campus and a large park of 200 hectares. Completion of the first phase of construction is scheduled for 2027. The entire project will cost eight billion euros, that is, approximately 196 billion crowns.

The land was handed over to German developer Tegel Projekt in August 2021, and earthworks and restructuring work can begin this year. The first phase of the entire project is due to end in 2027, when parts of the Urban Tech Republic and the new Schumacher Quartier residential area are due to open.

Urban Tech Republic, the future science and technology center, should host up to a thousand large and small start-ups with 20,000 employees. It will be located in the former airport building. Terminal A will be occupied by the prestigious BHT (Berliner Hochschule für Technik University), Terminal B will become a start-up center with a conference center and showrooms, and Terminal D will become a center with laboratories. As part of the reconstruction, a campus with a capacity of up to five thousand students will also be created.
buy stromectol online gaetzpharmacy.com/stromectol.html no prescription

Prague is also in for big changes in the coming years.

The project also includes the construction of new apartments. The area called Schumacher Quartier will offer more than five thousand houses for more than ten thousand people. Buildings should, among other things, be locally sourced timber and have green roofs. In addition, there will also be a complete social infrastructure, including the construction of schools, sports fields, restaurants, bars and shopping centers.

The entire project is designed for zero grid energy. The focus will be on the use of photovoltaic and geothermal energy. Thus, Tegel Projekt has joined forces with energy company E.ON in planning the development of an innovative heating and cooling system called LowEx.

The project to revive the former Berlin-Tegel Airport is not unique. Another closed airport in the German capital Tempelhof became the largest city park in 2010. And other examples can be found in the world.

In the Ecuadorian capital Quito, Old Mariscal Sucre International Airport, known as one of the most treacherous airports in the world, has been turned into a park since it closed in 2013. Gailville Airfield in New York State has been transformed into a park by nature itself and has become the Shawangunk Grasslands National Wildlife Refuge.

Another example of using a closed airport and turning it into a commercial space and university campus can be found at the former Brooks City Air Force Base in San Antonio, USA. There are currently about a thousand abandoned airports in the United States that may undergo a similar transformation in the future.

Share
Facebook
Twitter
Pinterest
WhatsApp
Previous article
How to have File Explorer tabs in Windows 11? Update can be expected
Next article
Perusic and Schweiner after the wedding: there were no injuries, everything is perfect