Sao Tome and Principe. Judges of the Constitutional Court are under “threat of reprisal” 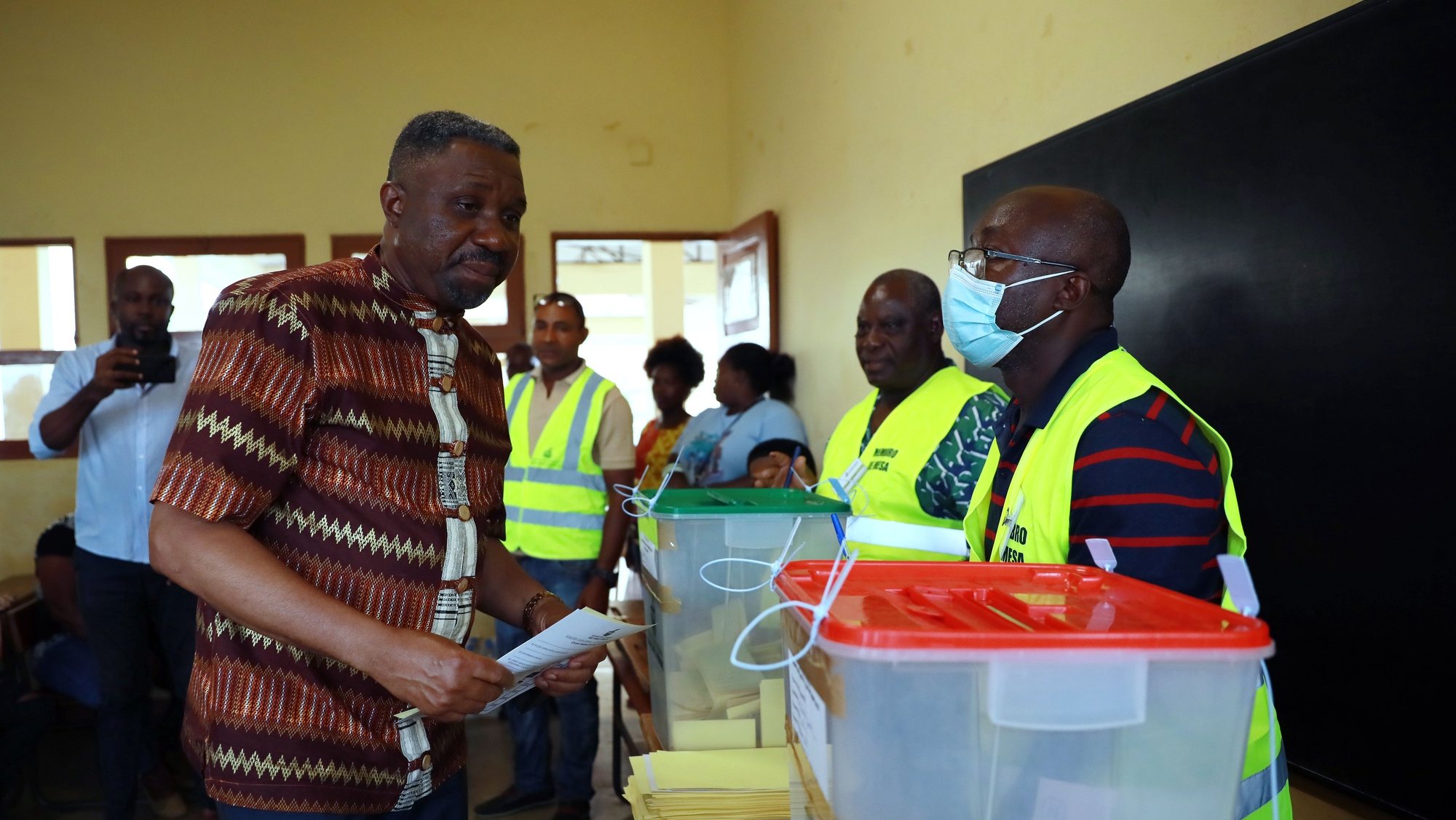 Portuguese constitutionalist Jorge Baselar Gouveia said on Monday that he was “contacted by some people from the Constitutional Court. [de São Tomé e Príncipe] very distressed” and that “some of the judges” of this court are “currently under threat, even death”.

“What I have heard may be a lie, and it is very sad, is that there was a lot of pressure, that there were threats against different peopleincluding on some judges of the Constitutional Court [TC]who are currently threatened even with death,” said the lawyer Luse, adding that he expressed his opinion through social networks on his own initiative.

“I find all this unfortunate. I think it’s not very democratic. It was just what we needed,” the lawyer said.

“I was really contacted by some people from the TS, I won’t say which ones, they were very upset, and I understood last night [este domingo], last resortmake this post [na rede social Facebook] to clarify the issue” on the interpretation of the electoral law in Sao Tome, said Baselar Gouveia.

The alleged “pressure” is due to the decision made in the meantime by the TC Sao Tome judges, who rejected the coalition between the Bast movement and the UDD and MDFM/UL parties after the legislative ones, and the chairman of the court emphasized the “clear illegality and unconstitutionality” of this requirement.

“From reading the demand of the Basta movement, the MDFM and the UDD, based on article 26 of the electoral law, we understand, in my opinion, in my analysis, that it cannot be valid,” said Pascoal Dayot, TC President Judge, on Monday morning. the beginning of the meeting to sum up the results of the legislative elections held on 25 September.

“That is,” added the chairman of the TC, “it must be rejected by the general counting meeting, excluding henceforth any coalition of candidates and cannot proceed to any use of the votes of some in favor of other candidates.” in view of its clear illegality and unconstitutionality.”

Basta Movement, Force for Change Democratic Movement/Liberal Union (MDFM/UL) and Union for Democracy and Development (UDD) submitted last Thursday to the Constitutional Court a request to form a coalition and pooling the votes of the three candidates before the final distribution of mandates in the Sao Tome legislative elections, in which they ran separately.

The coalition agreement on nominees was delivered to the Constitutional Court approximately 72 hours before the start of the general vote count meeting scheduled for this Monday.

It has been established between the three voters that in the distribution of mandates among candidates in the General Table, the votes of some are used in favor of the other candidate with the largest number of votes from the aforementioned coalition, as a way to avoid losing votes, ”says the coalition agreement dated September 7, which has just been made public.

Preliminary legislative voting data was released Monday night at CEN headquarters in the capital Sao Tome, more than 29 hours after polls closed, a delay that led to protests by activists from Independent Democratic Action. (ADI) who burned tires near CEN facilities surrounded by military personnel.

According to the National Electoral Commission (CEN), the Bast Movement, formed approximately three months before the election, received 6,874 votes, the Democratic Forces Movement for Valor/Liberal Union (MDFM/UL) received 1,601 votes, and the Union for Democracy and Development ( UDD) received 731 votes.

The opposition ADI, led by former Prime Minister Patrice Trovoada, won the most votes with a total of 36,549 votes and claims an absolute majority of 30 seats, while the Sao Tome and Principe Liberation Movement/Democratic Social Party ( MLSTP/ PSD) of Prime Minister Jorge Boma Jesus was the second most popular party with 25,531 votes and claims to have elected between 22 and 24 deputies.

The Movement of Independent Citizens/Socialist Party (MCI), known as Movimento Caué, which ran in this election in alliance with the Party of National Unity (PUN) and had two deputies in the previous legislature, received 5,120 votes.

The President of CEN, Judge José Carlos Barreiros, as usual, refused to present the distribution of mandates by parties, transferring this task to the Constitutional Court, arguing that the parties presented “discrepancies” in their forecasts.

Following the completion of counting votes by constituency and diaspora, chaired by magistrates who distributed votes among 11 parties, coalitions and movements participating in Sunday’s elections, the Basta Movement, MDFM/UL and UDD felt at the end of last week that it was “still timely” coalition of candidates.

The three candidates also demanded through their representatives that “the votes of one be used in favor of the other candidate with the highest number of votes from the aforementioned coalition”, in this case the Basta movement, which would receive another 2,332 votes from the MDFM. /UL and UDD with 9,206 votes.

The MDFM and UDD were coalition partners in the 2018 legislative elections, which also included the Democratic Rapprochement Party (DRP), which joined Bast’s movement in Sunday’s elections.

The coalition elected five deputies and joined the MLSTP/SDP, forming a so-called “new majority” of 28 deputies who came to power, despite the fact that ADI won the elections with 25 seats.