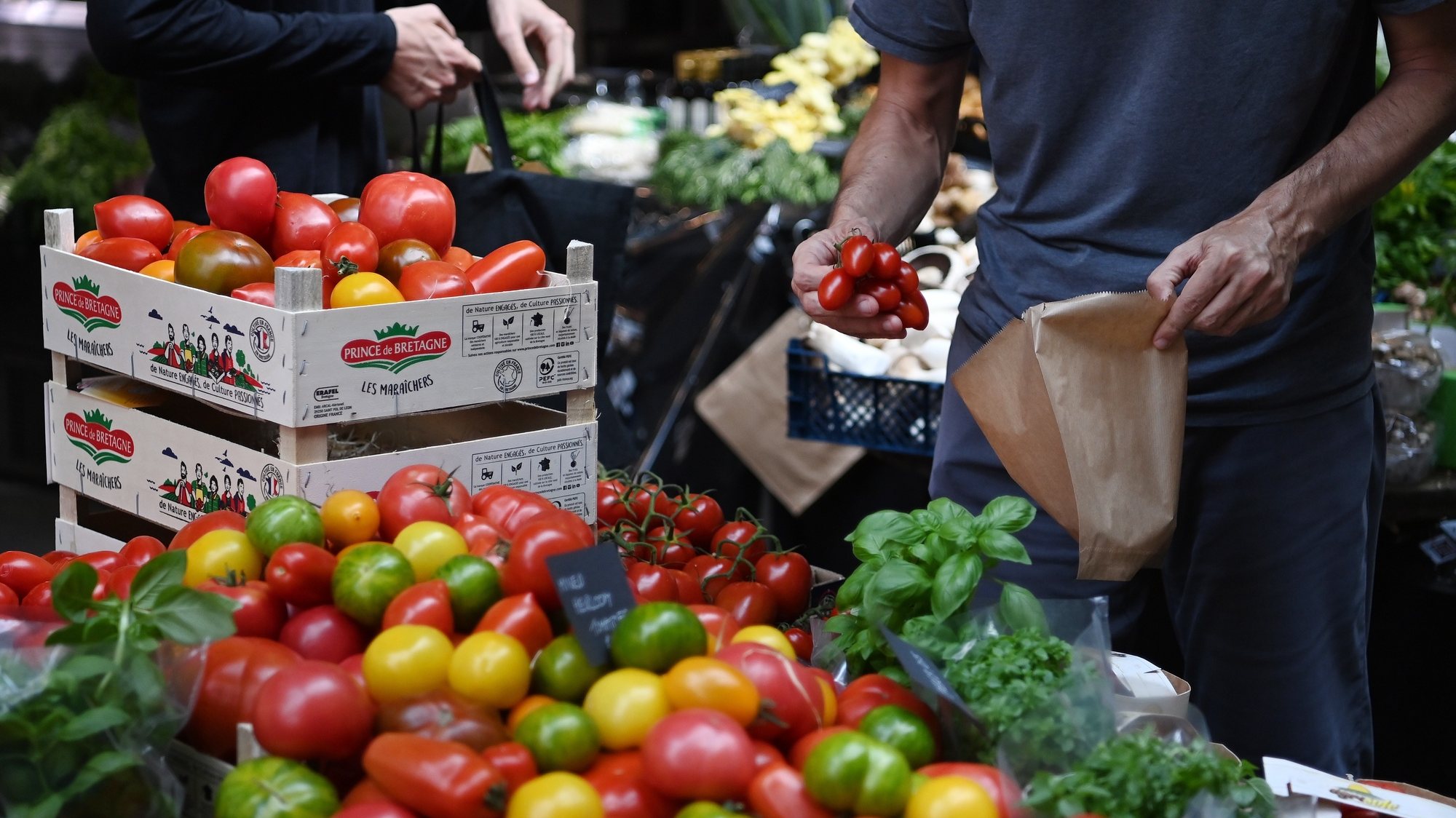 At the food bank at the Portuguese Community Center in London, João stays to the end and uses leftovers from the carts of other users who didn’t show up, stuffing potatoes, leeks and yogurts into a rolling shopping bag.

As if rising costs of living in the United Kingdom, where inflation hit 11.1% in October, weren’t enough, this 38-year-old Brazilian is unemployed.

The only income he earns is food delivery by bike at night when his partner comes home from work, cleans and takes care of their 12-year-old son.

“But now it is weaker because there is more competition and less supply. The staff has also started to cut down on “takeaway,” he told Lusa’s agency in a quiet and shy voice.

In recent months he has become a frequent visitor to the food bank, benefiting from food donations from the municipality of Lambeth in south London and from the Felix Project, which distributes surplus groceries from supermarkets, wholesalers and other businesses.

The number of users varies, but is about 50 distributed between those who go on Mondays and Thursdays.

Food bank coordinator Marco López says the number of users is changing, although it has declined since the peak of the Covid-19 disease pandemic in 2020, when the lockdown resulted in a loss of income for many people in the informal work market.

“But I’m glad we walked so long. There are many people who need help, and we are making efforts so that no one leaves empty-handed,” he guarantees.

The regulars are mostly immigrants who do not speak English well and therefore have precarious and low paying jobs, or locals who are unemployed, disabled and dependent on British social security benefits.

For some, the situation is exacerbated by the lack of a work visa or other personal issues, further exacerbating the hardship created by the current rising cost of living crisis in the United Kingdom, which is intensifying.

Food prices have risen 16.2% over the past 12 months, especially for staples such as milk, cheese or eggs.

Gas and electricity bills cost an average of 88.9% more than a year ago.

The government provided support for the cost of energy and assistance to the most vulnerable segments of the population, and in the budget presented on Thursday provided for a 10 percent increase in pensions, subsidies and other allowances.

But the reality is that more and more people are complaining about the difficulty they have in paying bills, which include higher home loan interest rates, transportation prices and other costs in general.

Many say they are already experiencing deprivation by avoiding turning on the heat in the house, using the car, or skipping meals.

Trussell Trust, which backs more than 1,300 food banks across the country, said it is “struggling” to cope with a “tsunami” of demand and has already run out of reserve stocks it usually keeps for the winter when need is greatest.

CEO Emma Revie described “a perfect storm of rising energy prices, inflation and a potential recession that is pushing people into poverty.”

In the past six months, the organization has invited 320,000 people to register with one of the Trussell Trust food banks, up 40% since 2021.

A poll published by ITV News this week found that 88% of Brits are worried about the fallout from the crisis, with 23% having less than £100 (€115) in savings and 24% borrowing money or credit cards to make ends meet. .on account of current expenses.

Anxiety turns to discontent as more unions go on strike demanding higher wages to make up for the loss of purchasing power after years of civil service wage freezes.

The Royal College of Nursing, which represents some 300,000 nurses, has voted to strike for the first time in its 106-year history, and teachers are expected to do the same by joining transport and postal workers.

Still at the Portuguese community centre, Artur, 40, told Luza that he works for the government’s financial body, but food parcels “help a lot,” especially vegetables, which are also becoming more expensive in stores.

“Helps fill holes. The higher cost of living means I am now more mindful of when I go out and which stores I shop at. I notice prices have gone up or packs have gotten smaller,” he adds.

Volunteer Maria da Luz Diogo, 74, says she helps because she still feels the ‘girl scout spirit’ of ‘helping your neighbor’, being ready to carry a bag for her Colombian neighbor and groceries that end up helping her son and grandchildren.

The cheerful and energetic manner with which this Portuguese woman greets people and carries boxes of food is contagious as she has built up an affectionate relationship with some of the “customers” despite the language barrier.

Latvian Ingrid, who also “stammers” in English, is one of the most diligent visitors, not only because of the donations she receives, but also because of the short social interaction, making friends there with two Lithuanians who also speak Russian.

“The first time I came, I was very ashamed because I have always worked hard all my life. But now it’s an excuse to take off your pajamas, get dressed and leave the house, ”she admits, promising to knit more scarves and socks for everyone.