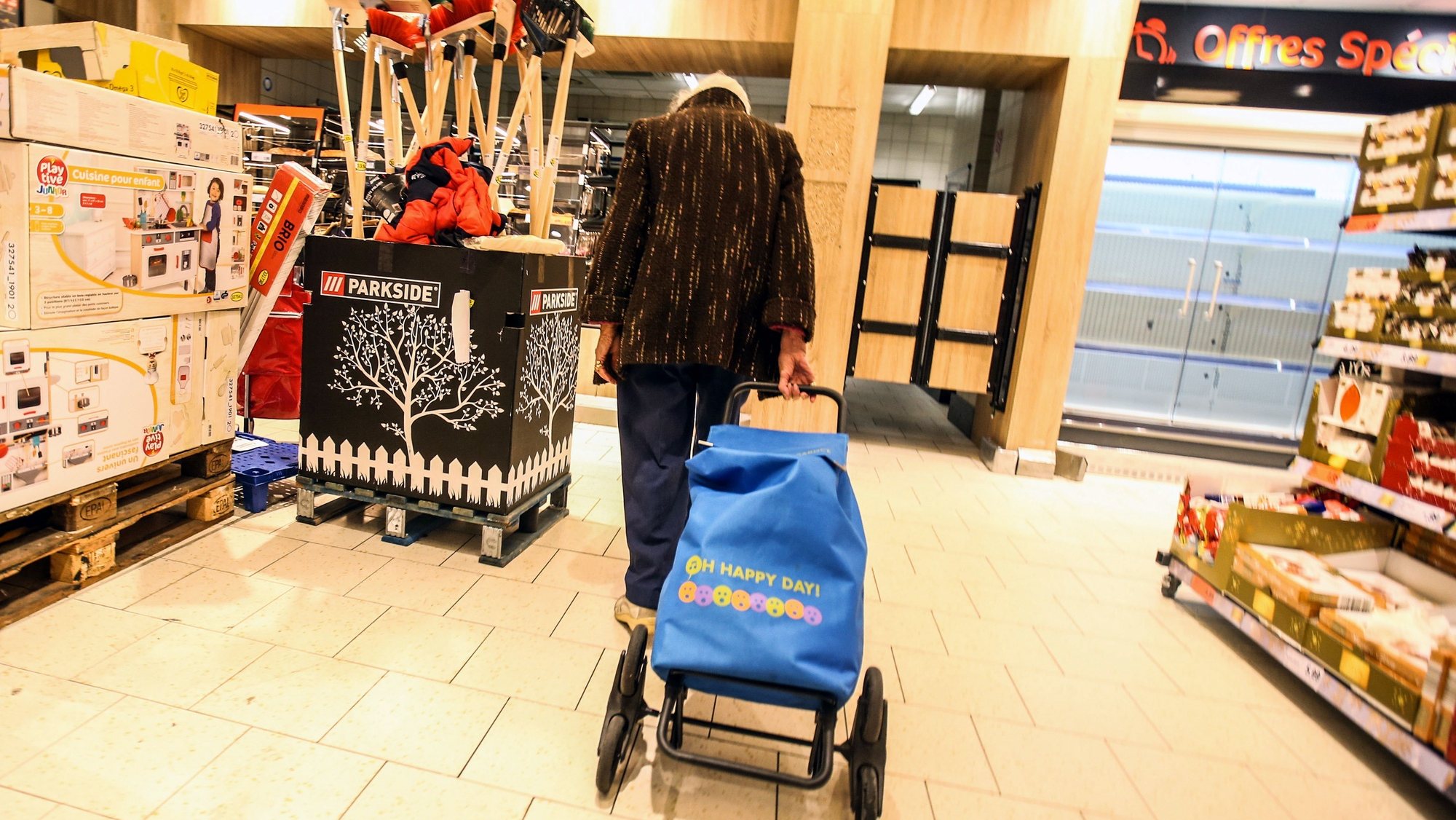 A 6.2 percent inflation is making it harder for a growing number of French people to end the month with money in the bank, forcing many families to turn to food aid associations to get their daily meals.

“Of course, we work with many people who were already in a difficult situation a few years ago, but today we have a new audience. People who never asked for anything from associations like ours, because by working they managed to make it before the end of the month. Now, even when working, families cannot afford everything,” Huria Tareb, national secretary of Secours Populaire, said in a statement to Agência Lusa.

Secours Populaire helps an estimated two million families in France every year by distributing essential supplies, including baby aids, diapers and milk powder, and it has been found nationally that since March, when the aftermath of the Russian invasion of Ukraine began to be felt On February 24, many French people for the first time turned to this organization for help.

In Paris, the difficulties are reflected in the small daily gestures of those who live in the capital.

“A prime example is the difficulties faced by bakeries in Paris. These are small and local companies that are currently having difficulty paying their bills such as electricity and this is ultimately affecting the price of bread. Therefore, there are always consequences for the poorest, as they cannot cope with the general rise in prices,” said Barbara Gomes, municipal councilor of the Chamber of Paris.

With a gross minimum wage of around 1,600 euros, which is about 1,200 euros per month with discounts – with a poverty line of 1,100 euros – in France it is now even more difficult to pay all your bills, taking into account the overall growth. in prices, as the Christmas season is already worrisome for the poorest families.

“People who live on the minimum wage cannot have any additional expenses per month. They barely manage to pay their bills properly, even pay their internet or rent. They always count cents. Social life is impossible, buying a gift is impossible. This Christmas time is causing a lot of anxiety for many families because they know they won’t be able to spend the holiday season the way it should be,” explained Barbara Gomez.

This local elected official reports that now in Paris, where the government has ordered thermometers in schools not to exceed 18 degrees due to energy prices, children are spending their morning classes in coats due to the low temperatures already being felt in the capital. However, the left autarky tries to continue to support those who are struggling.

“We are doing our best to at least not raise prices for public inventory, for example, in canteens. We financially help people with great difficulties, but the municipality also pays for electricity. We are trying to do it collectively,” a French-Portuguese elected official said, recalling that Paris is also trying to fight rising rents by recently adopting tougher sanctions against non-compliant landlords.

Accommodation is one of the areas where Secours Populaire can’t do anything as it doesn’t have these competencies, but for Houria Tareb it’s one of the places where there are more requests, with the head of the institution saying there are more and more children in France sleeping on the street.

“We cannot respond to all inquiries. For example, we don’t have an answer for those who don’t have a home. This is impossible, we do not have the strength in this area. And the situation is getting worse, we have never had so many children living on the street as now, a situation that was unthinkable a few years ago in France,” he said.

Educated in labor law, close to trade unions and Communist Party activist, Barbara Gomes points out that the impact on French life in general is already visible and that social tensions are decreasing with the increase in strikes due to workers demanding higher wages. heard little of the government led by Elisabeth Born and Emmanuel Macron.

“Our party in the National Assembly supports union demands for wages to be indexed to inflation, and we want to raise the minimum wage like other parties on the left. Life is becoming more and more expensive, and even working people have many difficulties at the end of the month. Many salaries do not allow you to lead a decent life. But this is not heard by the government,” he said.

With the start of the invasion of Russia, the French government introduced some measures to combat rising prices, such as splitting part of the price of fuel at gas stations, freezing energy prices or revaluing the lowest pensions, and as a special aid for returning to school or a bonus for those with lower incomes, measures that unions consider insufficient.

A recent Ifop study for Secours Populaire found that 57 percent of French people polled say they have been in a precarious position and 65% say they know someone in a precarious position, an absolute record in the barometer run by this institution for several years . . Together with the authorities, Secours Populaire tries to raise awareness of the current situation, but not always with great success.

“We are asking our donors more and more, we are asking the French to help us. We are trying to find companies. At the present time we already have little help from the state. Our role with government organizations is to raise awareness about what is happening on the ground, about the living conditions of families, and we are asking for more resources, but the answer is never in line with the needs,” complained Huria Tareb.

The National Council for Policies to Combat Poverty and Social Exclusion estimates that more than 12 million people live below the poverty line in France, a number exacerbated by the COVID-19 pandemic and will now tend to increase due to general price increases. in the country.