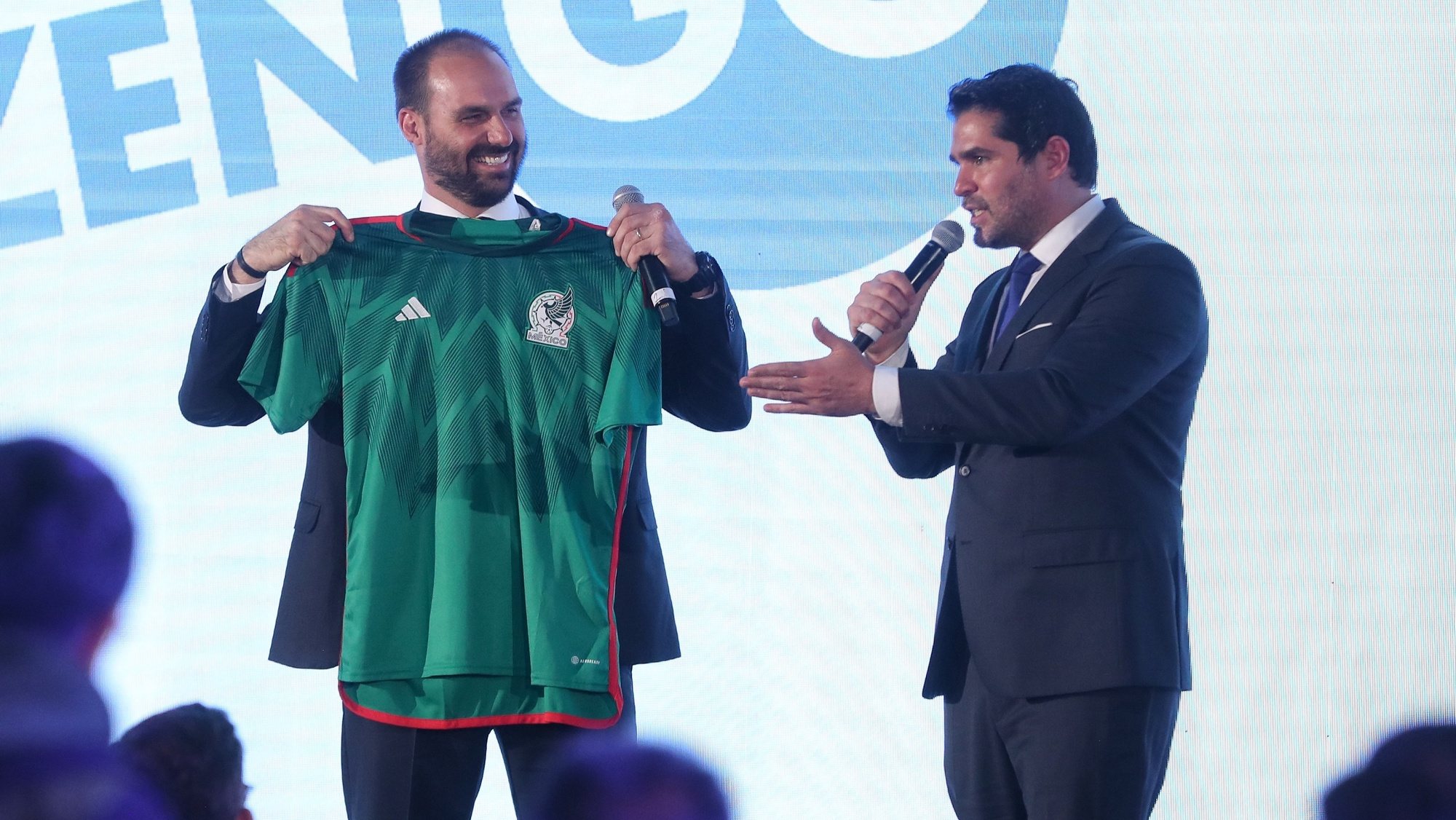 The Brazilian president’s son said at a meeting of ultraconservatives in Mexico that communism has not been eradicated in Latin America and that he hopes for a transition with “politicians who truly represent the will of the people.”

“We hope that one day everything will change and we will have politicians who really represent the will of the people,” Eduardo Bolsonaro, quoted by the Spanish agency EFE, said on Friday at the Conservative Political Action Conference, which will last until this Saturday in Santa Fe , in the south of Mexico City.

The president’s son, Jair Bolsonaro, also said that it was necessary to gather strength to start the fight for freedom in Brazil, Mexico and the rest of Latin America.

The Brazilian MP also stressed the need to guarantee the transparency of electoral processes at a time when electoral reform is being proposed in Mexico to promote e-voting in the 2024 presidential election.

“The future is up to us,” Eduardo Bolsonaro stressed, calling for change, even if it requires work, and warning that another option is to “live as we are told.”

Share
Facebook
Twitter
Pinterest
WhatsApp
Previous article
Dario Moccia with Samsung Italy: a conversation between the game and Gen Z
Next article
The Artemis 1 mission was rescued by the “Red Crew”, so they did