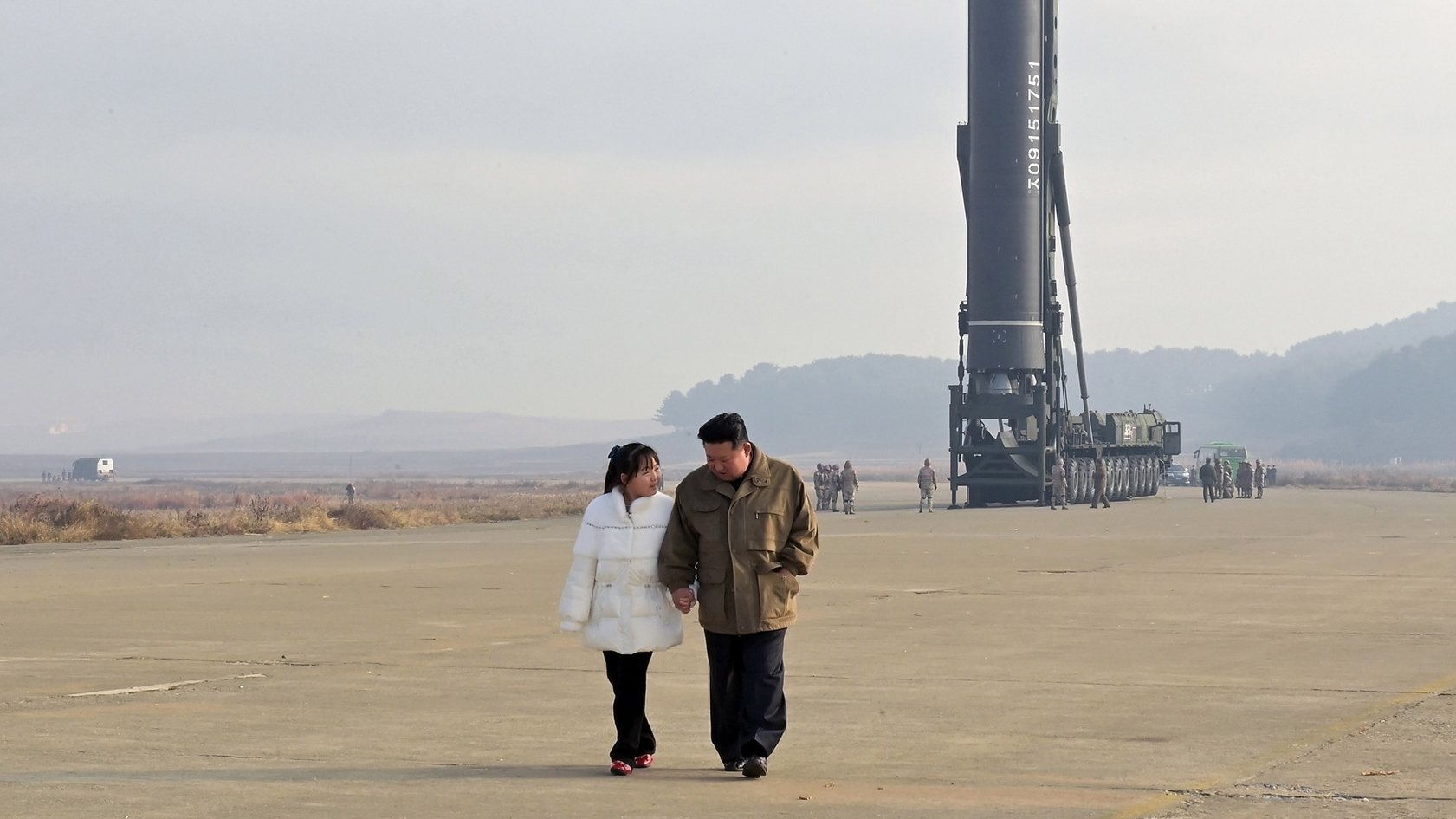 The North Korean leader’s daughter made her first public appearance in images released by state media from Friday’s intercontinental missile launch site, where she was next to her father.

Five of the roughly 20 images released by KCNA show a girl in a white coat listening to her father as he appears to be giving instructions to the officials present there, still holding hands with Kim, next to an ICBM and watching from afar. launch.

North Korean state media rarely report on close relatives of the Kim dynasty, which has ruled the country with an iron fist since the 1940s.

The daughter of Kim Jong-un, who appears in the pictures, is no exception, if only because the official propaganda did not even acknowledge her existence.

All information about the origins of Kim Jong Un, who is believed to be 38 years old, has been offered by experts with domestic connections.

After one extravagant visit to North Korea to meet Kim Jong-un, former American basketball player Dennis Rodman publicly revealed in 2013 that he was holding “his baby-sized daughter Joo Ae” in his arms.

It was the only time anyone named one of the North Korean dictator’s descendants after himself.

It is unknown if the young woman in the photos released by KCNA is Kim Joo Ae.

The United States wants to convene the UN Security Council and ask China, an ally of the North Korean regime, to help curb Pyongyang, a US official said that same day.

In response to the launch, the South Korean and US military conducted guided bomb tests from F-35 fighter jets and conducted other joint air maneuvers over the East Sea.

The launch adds to a record 30 rounds fired by Pyongyang in early November in response to major air maneuvers by Seoul and Washington, including another such missile – launched on November 3 – that appeared to have malfunctioned and crashed prematurely in the water. Sea of ​​Japan.