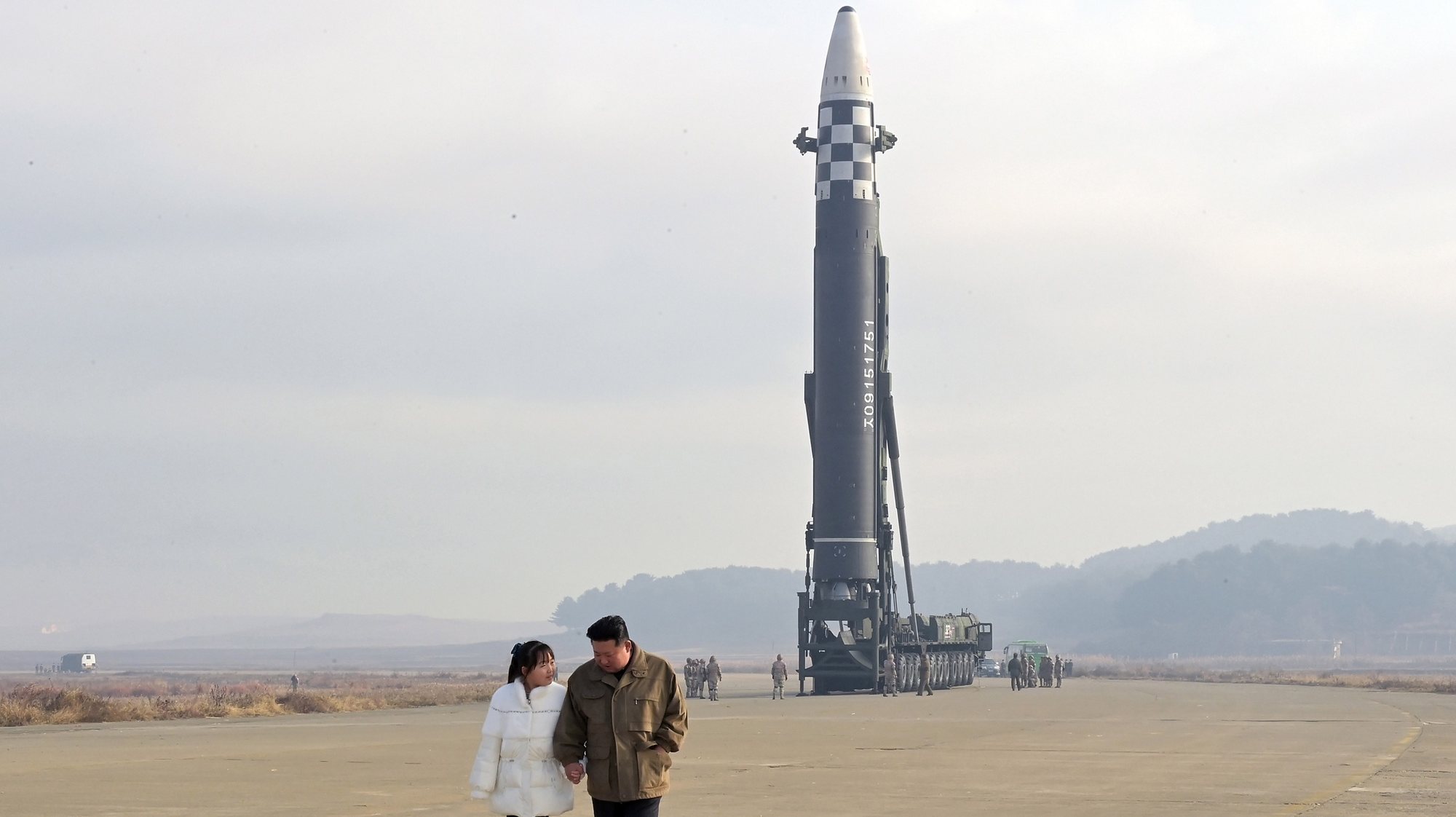 North Korean President Kim Jong-un assured this Friday that he would use an atomic bomb in the event of a nuclear attack on his country, state news agency KCNA reported after the launch of an intercontinental ballistic missile.

The new Hwaseong-17 intercontinental ballistic missile, defined as “a decisive milestone in the strengthening of nuclear forces,” flew 999.2 km before falling into the waters of the Sea of ​​Japan, according to the KCNA. The released data is in line with those previously announced by Tokyo and Seoul.

The United States wants to convene the UN Security Council and ask China, an ally of the North Korean regime, to help curb Pyongyang, according to a US official released this Friday.

The United States wants China to “use its influence to convince the DPRK [República Popular Democrática da Coreia],” the same source said, using an abbreviation for North Korea’s official name.

In response to the launch, the South Korean and US military conducted guided bomb tests from F-35 fighter jets and conducted other joint air maneuvers over the East Sea.

These are two operations simulating pre-emptive strikes and even punitive operations against the North Koreans, which is a strong signal for Pyongyang.

The North Korean launch came from the Sunan area, home to Pyongyang International Airport, the site chosen by the regime to launch other intercontinental ballistic missiles in February, March and November 3 last year, although two of those launches were unsuccessful.

The launch adds to a record 30 rounds fired by Pyongyang in early November in response to major air maneuvers by Seoul and Washington, including another such missile – launched on November 3 – that appeared to have malfunctioned and crashed prematurely in the water. Sea of ​​Japan.

Tensions on the peninsula have reached unprecedented levels due to repeated North Korean weapons tests, allied maneuvers and the likelihood that, as satellites show, the Kim Jong-un regime is ready to conduct its first nuclear test since 2017.