Poll points to Tokayev’s re-election as President of Kazakhstan with 84.45% 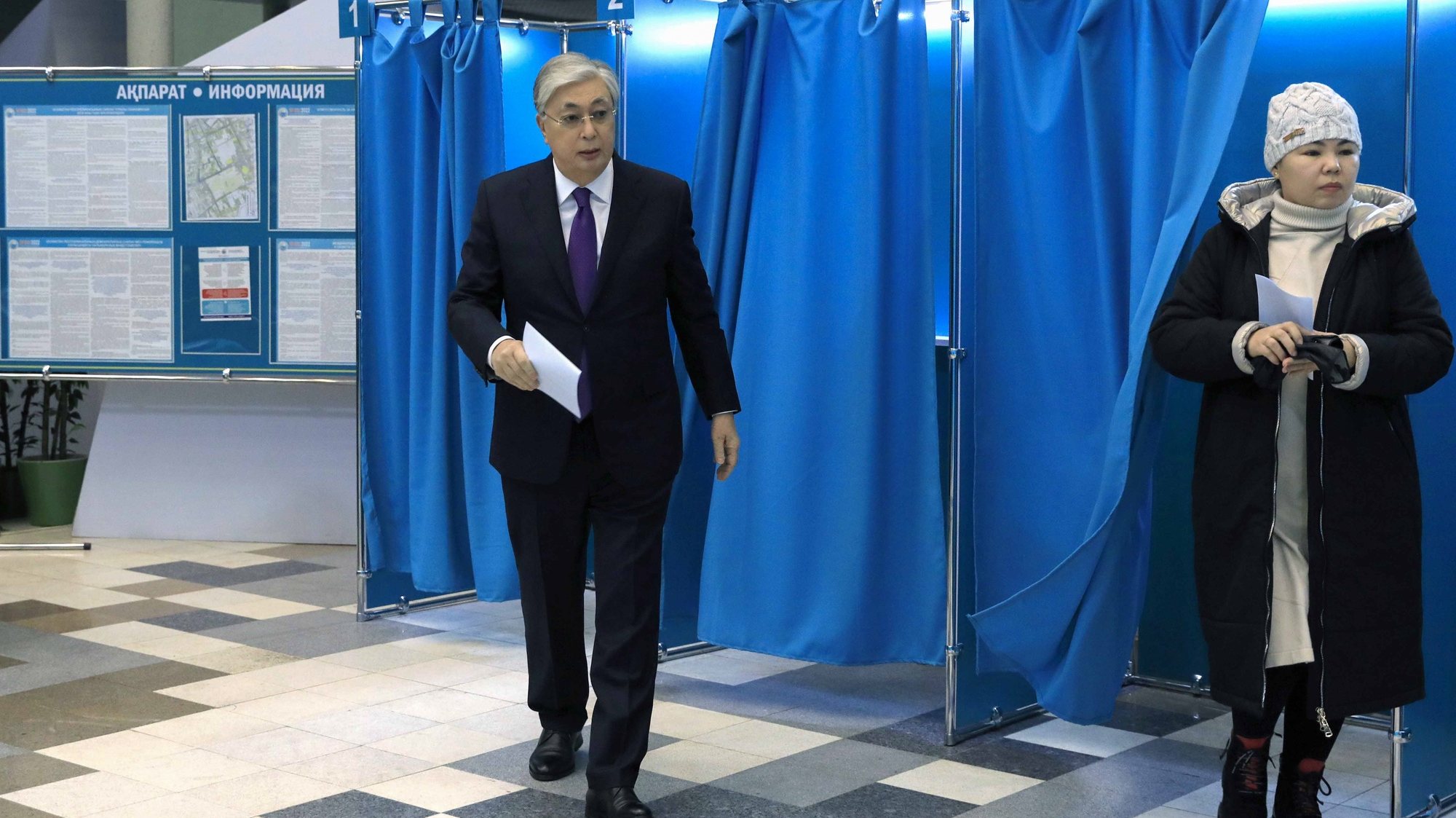 Kazakh President Kassym-Jomart Tokayev was re-elected this Sunday by an overwhelming majority (82.45%) in early elections, ahead of the largest country in Central Asia, according to an exit poll.

According to an exit poll conducted by the Kazakh state radio and television, 69-year-old Kassym-Jomart Tokayev won 82.45% of the vote.

According to preliminary data from the Central Election Commission, 69.43% of voters voted, about 8.3 million out of almost 12 million registered.

These early elections were meant to put Kassym-Jomart Tokayev in power, a year after the government’s brutally suppressed unrest.

In January 2022, Tokayev gave the order to shoot to kill protesters and agitators, resulting in the death of at least 238 people, but now he is acting as a propagandist for renewal and national reconciliation.

These elections are the culmination of a year of intense social unrest in Kazakhstan, a resource-rich former Soviet republic in Central Asia that initially emerged from deep social inequalities. Now this former diplomat promises to dedicate himself to a “new Kazakhstan” that is fairer and less corrupt.

To that end, he removed the powerful clan of influential ex-president Nursultan Nazarbayev from decision-making spheres, solidifying his position three years after coming to power in 2019.

In this early presidential election, Tokayev prevented any pretense from major opponents, and the 12 million or so voters called to vote this Sunday could only choose between the current leader and five candidates without any prediction or credibility.

Internationally, where his power was based, the now re-elected head of state continued his pragmatic approach through regular contacts with Russia, China and the West.

He also criticized Russia’s invasion of Ukraine ordered by Russian President Vladimir Putin, but refused to comply with US and European sanctions against Russia, Kazakhstan’s main economic partner.

Observers from the Organization for Security and Cooperation in Europe (OSCE) have already expressed regret that their recommendations “regarding fundamental freedoms and conditions for the selection and registration of candidates” have not been followed.

Tokayev, who came to power after Nazarbayev’s unexpected resignation in March 2019, first acknowledged the policy of succession with his predecessor and mentor, then broke with the all-powerful former president after the bloody month of January.

Demonstrating the instability that still reigns in the Asian country, the authorities announced last Thursday the arrest of seven supporters of an exiled opponent accused of involvement in plotting a “coup d’état.”