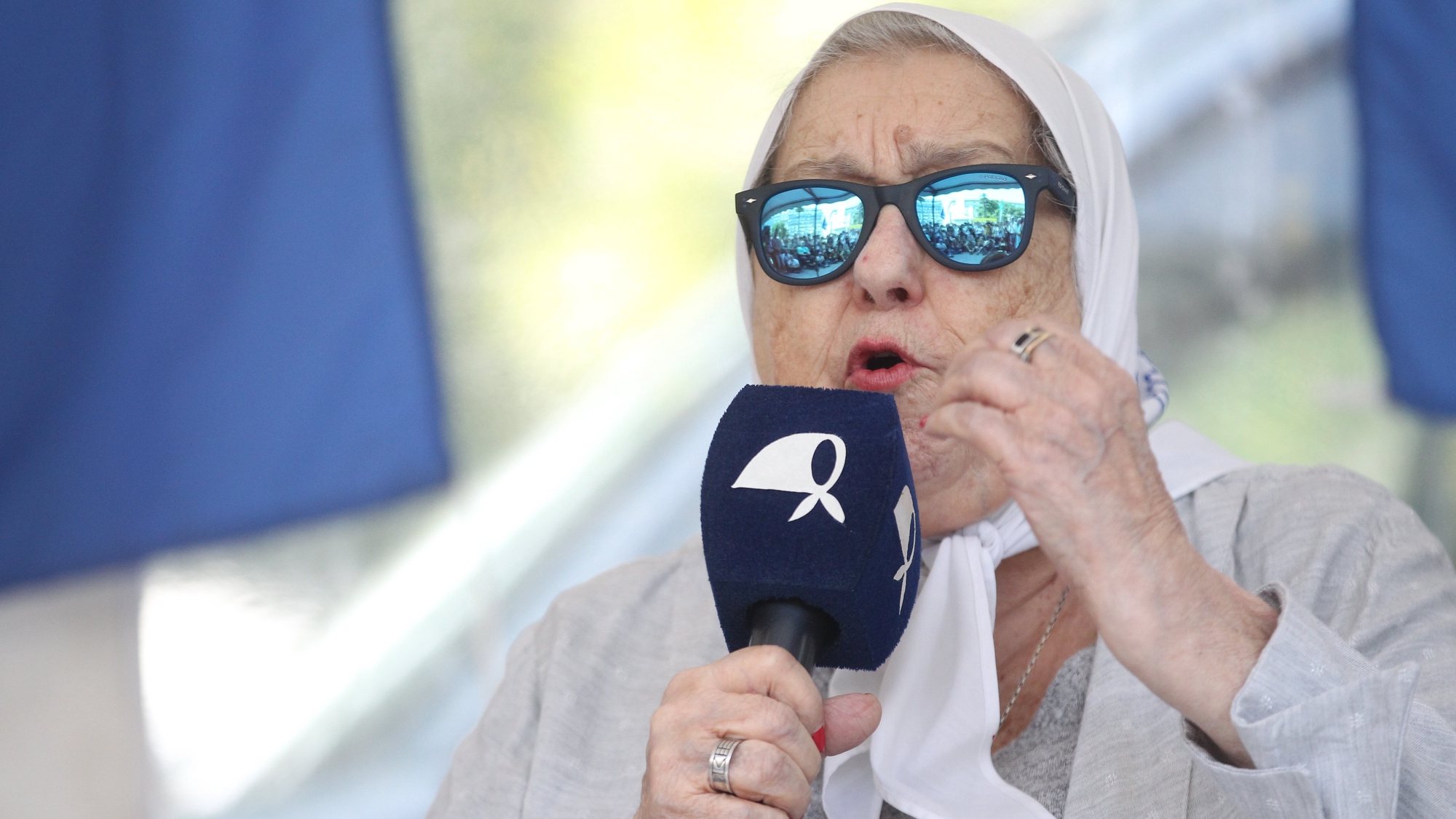 The president of an association set up to draw attention to the disappearances of people during the Argentine dictatorship of the “Mothers of the Plaza de Mayo”, Hebe de Bonafini, has died today at the age of 93, according to the Argentine press.

His eldest son, Jorge Omar, was abducted and disappeared on February 8, 1977 in La Plata, and on December 6 of the same year, the same thing happened to his other son, Raul Alfredo, in Berasategui.

On May 25, 1978, his daughter-in-law, Maria Elena Bunyone Cepeda, wife of Jorge, also disappeared.

Hebe de Bonafini became an activist and human rights activist in Mothers of the Plaza de Mayo which, however, became an organization with a political profile and was described by the president himself as a “national and people’s liberation project.”

Asociación Madres de Plaza de Mayo announces that our President Ebe de Bonafini has changed her house, as she always said about her companions who preceded her in the match.

This will go on forever in the Plaza de Mayo.

Not one step back!

The Mothers of the Plaza de Mayo have been running the so-called Centro Cultural Nuestros Hijos (Our Children) since 2008 in the former concentration camp of the Naval Mechanics’ High School in Buenos Aires.

Bonafini was admitted to the Italian Hospital in La Plata in October for a medical examination, but was released on October 13, Argentine news agency Télam reported.

The Buenos Aires government declared three days of national mourning for the death of Hebe de Bonafini, whom it called “a tireless champion of human rights.”

Share
Facebook
Twitter
Pinterest
WhatsApp
Previous article
COP27: NGO condemns arrest of 419 people across Egypt since November 6
Next article
Why is it bad luck to walk under the stairs? We explain it to you!