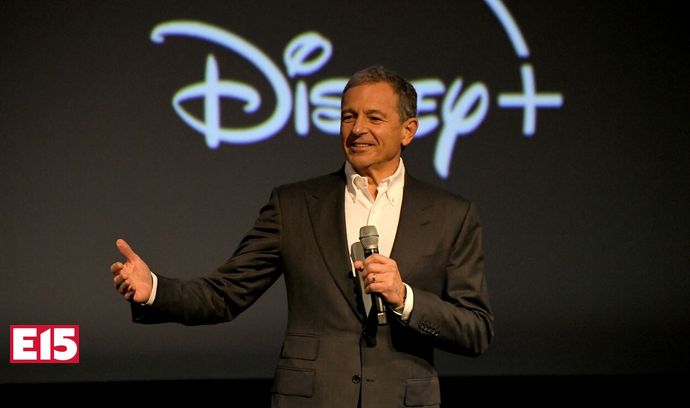 Good morning! Today is the 325th day of the year, Albert’s Day, nine years ago in Ukraine, demonstrations called Euromaidan began on the streets, which led to the fall of the regime of President Viktor Yanukovych and angered the Kremlin.

✅ Iger returns at the head of the Walt Disney Company

Her former boss, Bob Iger, who ran the entertainment giant for fifteen years, is back at the head of Walt Disney’s entertainment company. He will replace Bob Chapek, who took office in February 2020.

Disney’s stock is down more than forty percent this year, and the company has poured billions of dollars into its money-losing Disney+ streaming service. Iger’s decision to step down came as a surprise in 2020 after he made several major acquisitions and launched the Disney streaming network. Susan Arnold, who chairs the company’s board of directors, said in a statement that Iger has a unique opportunity to lead the company at a time of increasingly complex industry transformation.

“I am extremely optimistic about the future of this great company and I am very pleased that the board of directors has asked me to return as its CEO,” Iger said, according to the BBC. The Iger-led company took over Pixar’s animated film production, the Marvel Film and Publishing Company, Lucasfilm, and 21st Century Fox’s entertainment activities.

✅ Berlin is ready to send its Patriots to Poland

Germany offered Poland its Patriot air defense systems to protect Polish airspace. This was announced to the Rheinische Post and General-Anzeiger by German Defense Minister Christine Lambrecht. Berlin is responding to an incident on Tuesday when a supposedly Ukrainian air defense missile fell in eastern Poland and killed two people.

“We offered Poland assistance in securing the airspace using our Eurofighter fighters and Patriot air defense systems,” Lambrekhtova said. A representative of the German Ministry of Defense already spoke about the offer of Eurofiger machines on Wednesday. According to Reuters, the Bundeswehr currently has twelve Patriot batteries, two of which Germany sent to Slovakia shortly after the start of the Russian invasion of Ukraine.

America’s bid to ban cotton imports linked to China’s forced labor contains a loophole big enough to miss a multi-billion dollar deal, according to Bloomberg: Clothes from Shein, Chinese online giant and social media phenomenon. Lab tests done for Bloomberg News twice this year showed that clothes shipped to the US by Shein were made from cotton from the Xinjiang Uyghur Autonomous Region.

The US ban is meant to force retailers to prove their materials don’t originate in Xinjiang, but individual shipments of Shein typically cost $800, a requirement for reporting to US Customs and Border Protection. “Chinese companies like Shein have taken advantage of this gap,” said Kim Glas, head of the National Council of Textile Organizations. “Products arrive in our cabinets without any checks,” he added.

According to preliminary results, incumbent President Kassym-Jomart Tokayev won the presidential election in Kazakhstan on Sunday with 81.31 percent of the vote. A clear victory for Tokayev was predicted as early as Sunday, based on the results of a poll of voters leaving the polling stations. Tokayev was the favorite in the election, his five opponents were known to few voters.

Tokayev is trying to consolidate his power through early elections at the expense of his influential predecessor and longtime ruler of Kazakhstan, Nursultan Nazarbayev. Tokayev was one of Nazarbayev’s staunchest allies, but the two politicians parted ways after the bloody suppression of the January demonstrations, which Tokayev described as an attempted coup.

Share
Facebook
Twitter
Pinterest
WhatsApp
Previous article
Marcella’s mom with cystic fibrosis: As we say at home, I’m lucky in my trouble
Next article
What do Apple and Google have to do with Twitter’s woes? Talk to a former manager