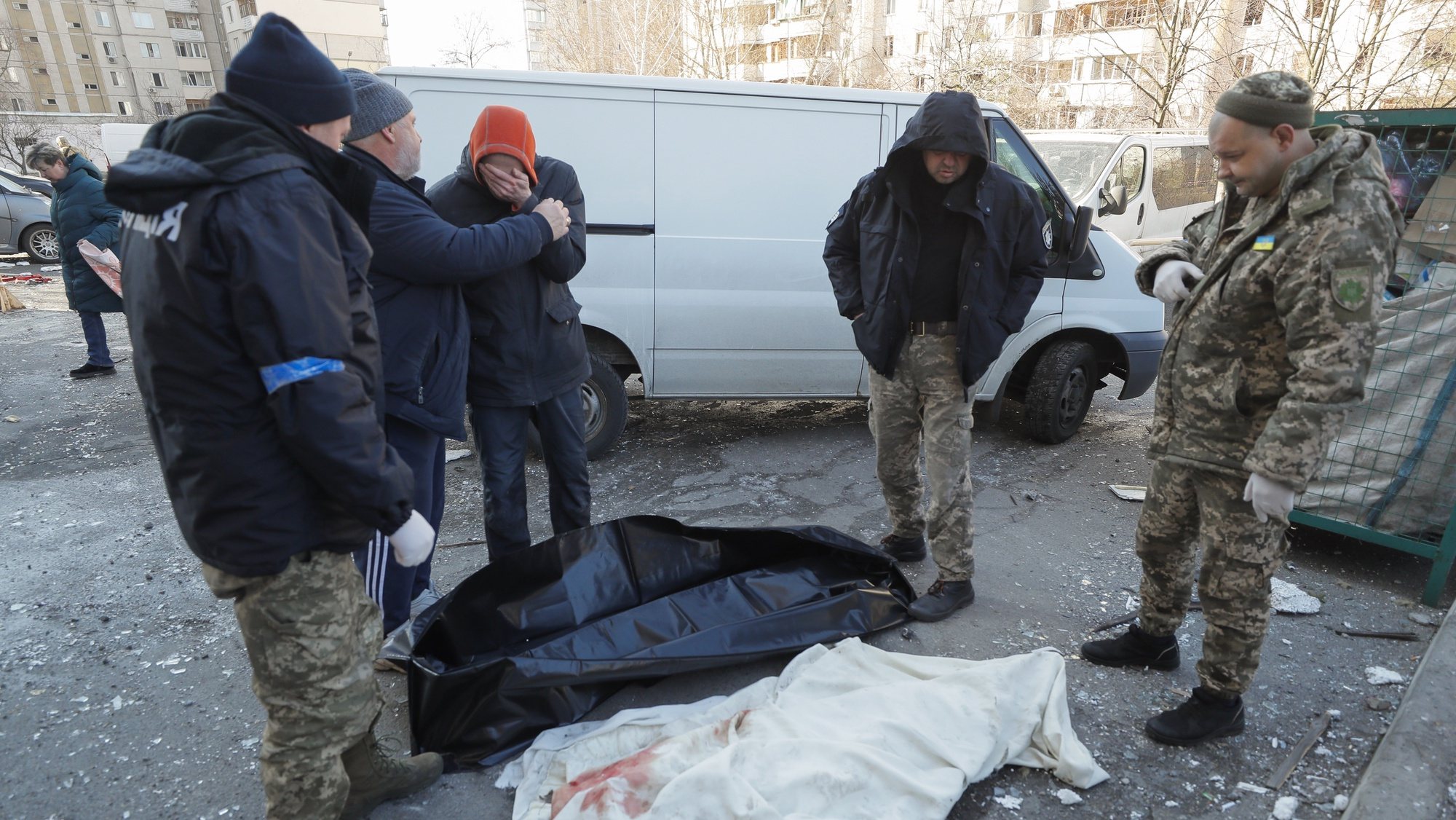 Ukraine’s Prosecutor General Andriy Kostin said this Sunday that there are 47,000 potential war crimes in the country and called on a special international court to investigate and try Russia’s “crime of aggression”.

“There is no doubt that the scale of the crimes committed by the Russian army” since February 24, when it launched a military offensive against Ukraine, is “both brutal and colossal,” Andrei Kostin said during a video conference from Kyiv for the 68th annual session of the Russian Army NATO Parliamentary Assembly, which takes place in Madrid.

The prosecutor said that the Ukrainian authorities, with the support of experts and international organizations, have so far registered “47,000 incidents as war crimes,” which include torture, murder, sexual assault, or forced displacement and transportation of the population “on a massive scale.” destined for what might be called “concentration camps”.

Andriy Kostin pointed out that Russia has a strategy to attack civilians in Ukraine, and 8,000 dead civilians have been identified so far, including 400 children. The prosecutor recalled the “rocket rain over Ukrainian cities” and critical infrastructure in recent weeks, which he considered “acts of terror and intimidation of the civilian population”, with the destruction of homes and other vital infrastructure for Ukrainians, such as power plants. .

Andriy Kostin stated that several regions of Ukraine, such as the capital Kyiv, are already experiencing freezing temperatures and creating “difficult humanitarian situations for the winter”, wondering how the population can survive in these conditions, without energy and heating, and believed that this too the measurement is related to Russian war crimes.

“Our needs, our claims and our calls are quite simple. We need to stop this war as soon as possible in order to liberate our territories and restore our sovereignty and territorial integrity. And we need to ensure justice for the victims and survivors of the atrocities committed by the Russian Federation, we need to end impunity in Russia,” said the Prosecutor General of Ukraine.

Andrey Kostin called on the international community to “support the creation of a court for the crime of aggression to try the organizers of the crime”, namely, the President of Russia and the Supreme Commander of the Russian Armed Forces Vladimir Putin, and “the entire elite of Russia.” The crime of aggression must also be brought to justice because it is “the starting point that precedes all other war crimes,” he defended.

The prosecutor also insisted on the need to guarantee “reparations” and compensation to Ukrainians for the destruction of the country and “civilian property” through the confiscation of Russian property. “Europe has not seen such devastation since the Second World War” and “new international mechanisms must be adopted to confiscate the property of criminals,” he defended, warning that it was difficult under international law to enforce decisions in this regard as some are dictated bodies such as the International Criminal Court, the International Court of Justice or the European Court of Human Rights.

At the end of Andrei Kostin’s speech, a representative of the Political Commission of the NATO Parliamentary Assembly said that at this meeting in Madrid a resolution would be adopted advocating “the establishment of an international tribunal to investigate and condemn the crime of aggression committed by Russia.” in this war against Ukraine.

This year, the session of the NATO Parliamentary Assembly (North Atlantic Treaty Organization, a military alliance between European and North American countries) will end on Monday with a plenary session, at which the President of Ukraine will speak via videoconference. The NATO Parliamentary Assembly includes 269 deputies from 30 countries of the Alliance and another 100 members from partner countries.

Share
Facebook
Twitter
Pinterest
WhatsApp
Previous article
Elections in Equatorial Guinea. Teodoro Obiang is running for the sixth time for a term that may not end
Next article
The FIFA World Cup is here! Gather your team and play for 500 thousand and 10 rounds