Elections in Equatorial Guinea. Teodoro Obiang is running for the sixth time for a term that may not end 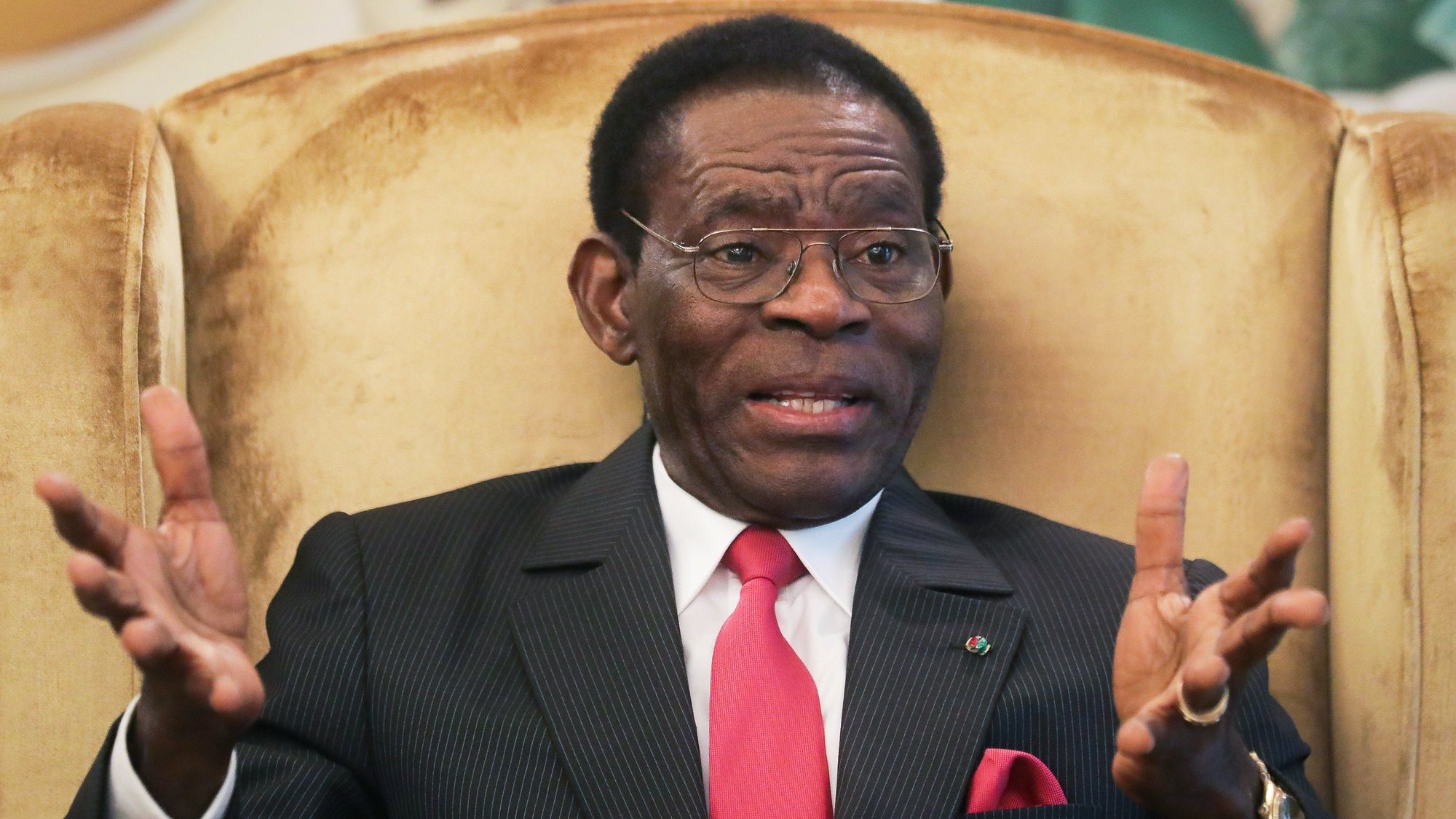 Teodoro Obiang Nguema Mbasogo is set to be re-elected this Sunday for the sixth time as President of Equatorial Guinea for a seven-year term that some activists predict he will not complete, in a strategy to keep his family in power.

On the other hand, presidential elections were scheduled for April next year, and this expectation was also explicitly excluded in the country’s Magna Carta.

A total of 427,661 voters out of 1.45 million residents have a voter card to choose one of three presidential candidates today, as well as the party that will take 100 seats in Malabo’s lower house of parliament (99 of which are currently reserved for the Democratic party of Equatorial Guinea (PDGE), the only party until 1991), part of the Senate (70 seats held by the PDGE) and the heads of the country’s 37 municipalities.

The presidential candidates are Teodoro Obiang, leader of the PDGE, Andrés Esono Ondo, president of the Convergence for Social Democracy (CPDS), the only non-banned opposition party, and leader of the Social Democratic Coalition Party (PCSD). , Buenaventura Monsui Asumu, a senator and chronic ally of Obiang, who is running for the fifth time against the president, offering the regime a semblance of democracy.

Teodoro Obiang, now 80, has ruled the small oil-rich country with an “iron fist” since 1979 after a coup d’état that ousted his uncle and bloodthirsty dictator Francisco Macias Nguema, and has been president for more than a decade in power around the world.

He was re-elected in 2016 with 93.6% of the vote in a widely contested election to a seven-year term, which he unconstitutionally shortened.

Last September, Obiang abolished the death penalty — a commitment he made when he joined the Community of Portuguese-Speaking Countries (CPLP) in 2014 — but human rights organizations have for decades considered Equatorial Guinea one of the most corrupt and repressive countries. countries, places of arrests without charge, torture of dissidents and allegations of electoral fraud in consecutive elections.

Equatorial Guinea is the African country with the highest gross domestic product (GDP) per capita and the continent’s third-largest oil exporter, but much of its wealth is still concentrated in the hands of a few families, including the Obiang family, from afar. Nguema.

According to the UN, less than half of the population has access to clean water, and 20% of children die before they reach the age of 5.

The country ranks 145th in the latest 2021 United Nations Human Development Index and over 80% of the population lives below the poverty line, in a situation further degraded by the fall in oil revenues from 2014, the Covid-19 pandemic. 19 and in connection with the economic consequences of the war in Ukraine.

This presidential election, according to several activists Lusa contacted, only serves the world’s oldest president to “keep power in the family.”

“You can say that the Obiang Nguema family has seven years to say goodbye to power, but the context prompts us to think differently: Obiang Nguema is building a strategy for maintaining power within the family,” and these elections are “an important step.” In this sense, Joaquin Elo Aieto, general coordinator of the Somos+ Civic Platform, said Lusa.

According to several voices from Ecuadorian civil society organizations, the incumbent head of state will not fully fulfill his mandate and, before the end of his mandate, will testify to his son Teodoro Nguema Obiang Manga, the current vice president, known as “Teodorin”.

“In my opinion, in the next term, the regime will establish a successor figure, and at the moment, the first in the line of succession is Teodorin, the vice president, who is consolidating himself,” Lusa said. one activist from the Equatorial Guinean Commission of Jurists (CEJ) in Malabo on condition of anonymity, citing personal security concerns.

According to this Ecuadorian-Guinean lawyer, “at some point, at the culmination of a process that began many months ago, the functional assumption of the tasks of the head of state will be completed, and then this transition will be formalized, even if I don’t know when.”

Until the end of this mandate, “we will have a successor to Teodoro Obiang in power and for the moment Teodorin is the favourite,” also says an activist from Aprofor, a platform supported by the European Union (EU) to support, protect and strengthen activists and civil society organizations. human rights societies in Equatorial Guinea, who also requested anonymity.

“Of course, in Equatorial Guinea, things can change at any time, but I believe that he will be the next president if his father does not change his mind overnight, which can also happen. We all know the old rumors that Obiang doesn’t fully trust this son,” he added.

Opposition voices, politicians and activists, as well as more than 3,000 young people, mostly teenagers, were arrested between May and August in a so-called “sweep operation” run by the vice president, activists say. Figures taken from the platform civil society “Equatorial Guinea is also ours”, and the operation was widely condemned by Amnesty International – the elections will be “very similar to all previous ones”, according to a CEJ source.

In a statement issued in early November, EU diplomacy called for “peaceful, inclusive and transparent” elections. In the same vein, the United States called on the Malabo government to “allow its citizens to freely and confidently express their voting preferences.”

Equatorial Guinea joined the CPLP in 2014 subject to certain commitments, such as the abolition of the death penalty formalized last September, the introduction of the Portuguese language and greater democratic openness.

The protests in China against the Covid Zero policy are now also against Xi Jinping. What is known about rare demonstrations against the...