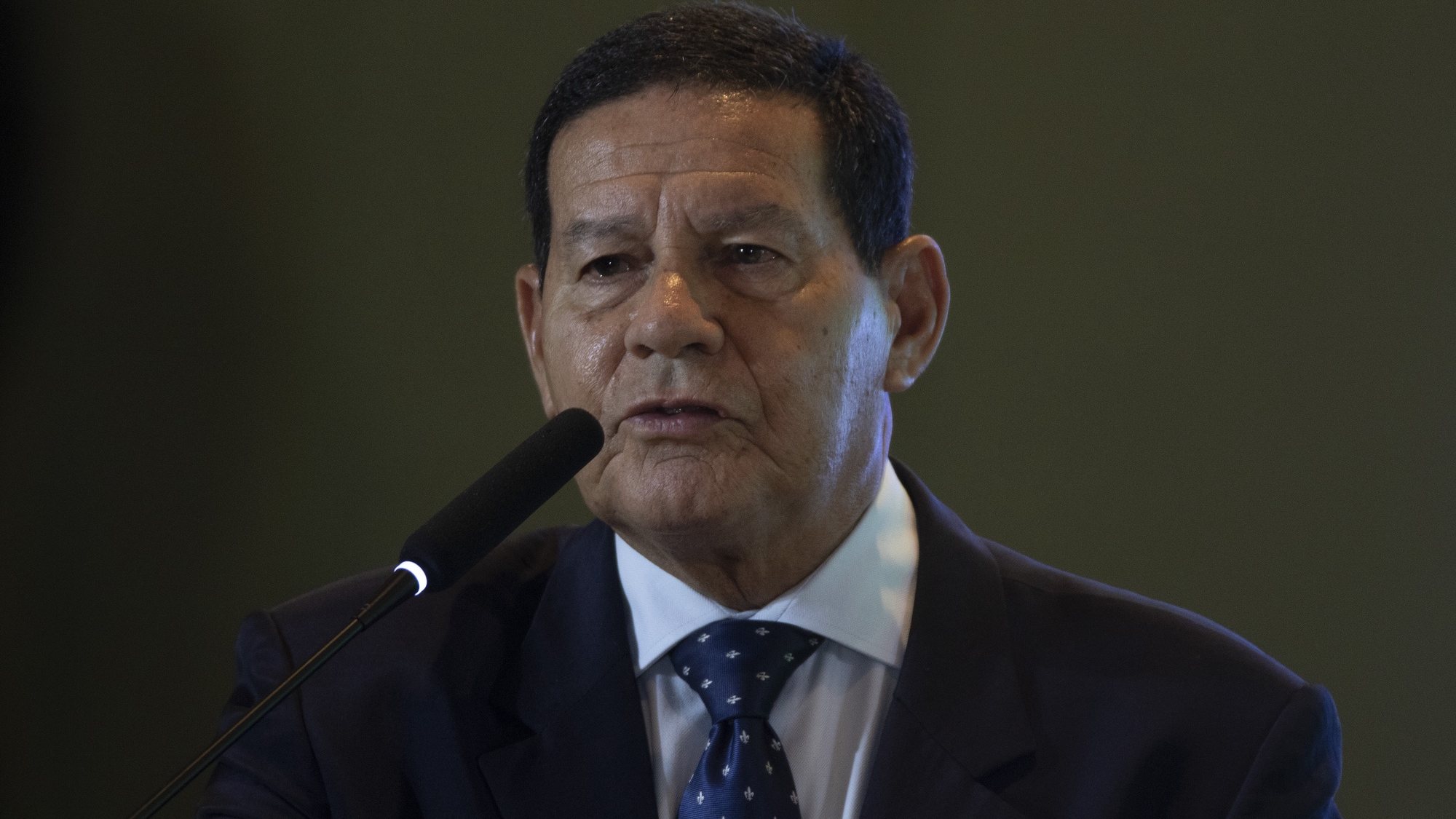 This Monday, a group of two dozen people waited for about an hour at a hotel in downtown Lisbon to greet Brazilian Vice President General Hamilton Murao, who is in Portugal on a three-day visit.

The Vice President of Brazil, who did not speak to the media upon his arrival at the hotel, to be received by President Marcelo Rebelo de Souza and on Tuesday Prime Minister António Costa.

António Hamilton Martins Murao will also be received by the President of the Assembly of the Republic, Augusto Santos Silva, and a meeting is scheduled. visit to the headquarters of the Community of Portuguese-Speaking Countries and a meeting with Brazilian businessmen in Portugal.

Asked about the possibility of a visit, just over a month after coming to power in Brazil and a few days after the next president, Luis Lula da Silva, passed through Lisbon, Ricardo Amaral Pessoa, president of the Brazilian Association in Portugal, stressed in Luce’s statements, that the mandate of the current president is valid until December 31, therefore “everything that happens until then refers to the presidential period”🇧🇷

Lula da Silva has lunch with Brazilian businessmen at a restaurant in Lisbon.

“The mandate of the Vice President and the President has been halved, at least because the world stopped for two years🇧🇷 So nothing was done, no one traveled, no one visited anyone, ”Amaral Pessoa, who organized the reception of Brazilian citizens in Hamilton Murao, further justified.

Veja magazine reported this Saturday that Hamilton Murao and President Jair Bolsonaro have not spoken since the day after the elections on October 30 and that the senator elected by Rio Grande do Sul had “guessed that the captain [chefe de Estado] should or should not do, such as handing over the banner to Lula in a “gesture of pride” [a citação é de Veja] and act politically to return to the Planalto Palace in 2026.”

The magazine also notes Murão’s statements in an interview with the Valor Econômico newspaper, in which the general classifies Bolsonaro’s absence from public life after his electoral defeat as a “spiritual retreat”, as well as assumption number two of the Brazilian administration’s “part of the functions” of the president, such as receiving credentials from ambassadors. at the Planalto Palace last Wednesday.

Among the general’s entourage today in Lisbon, one of his senior officials today predicted that it was “very likely” that Senator Hamilton Murao would take on the role of “face of the opposition” in the next four years. “It has the support of a significant part of the army and the population,” he justified.