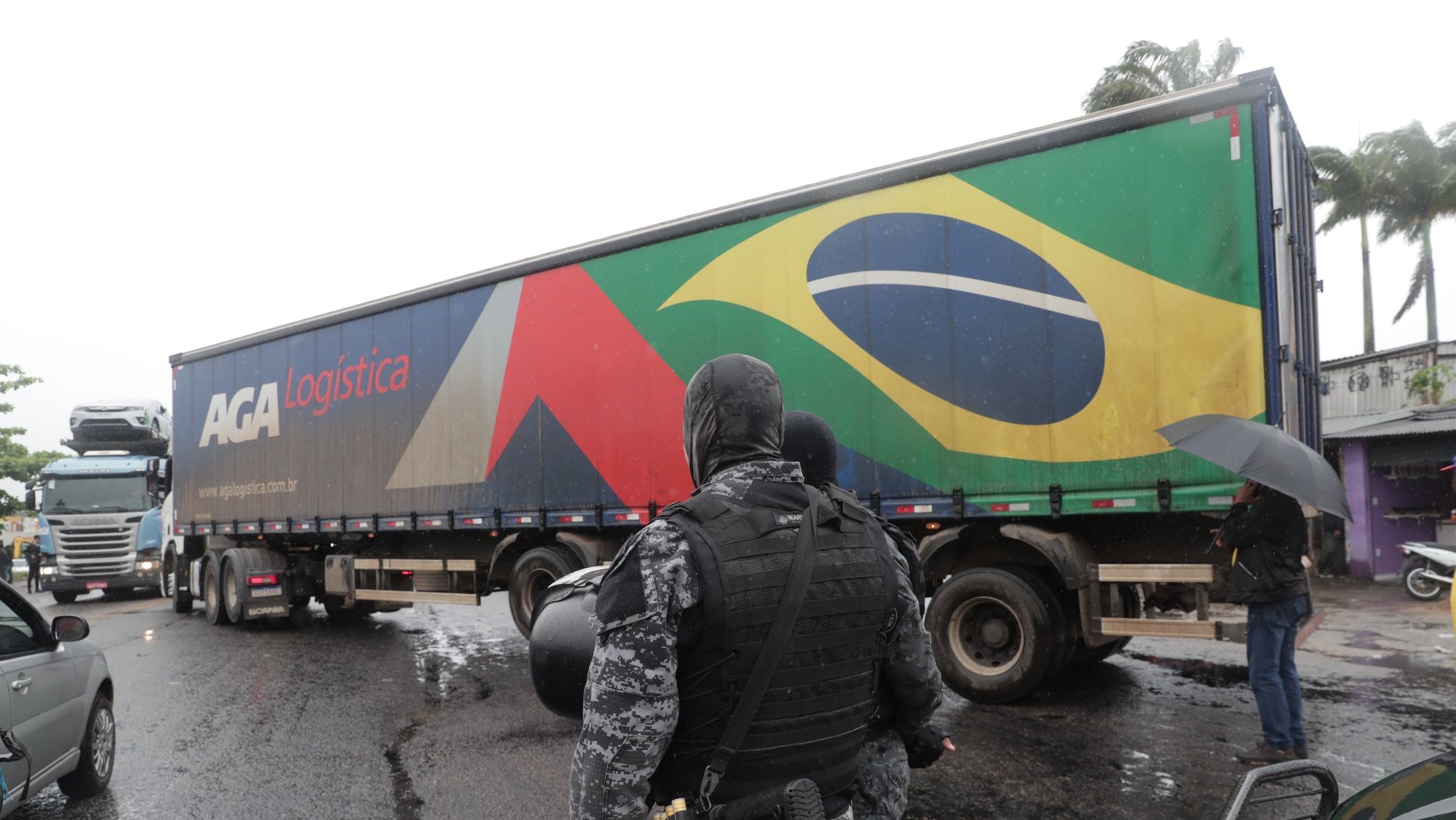 Roads were blocked in at least three Brazilian states this Monday by protesters supporting Jair Bolsonaro, who, three weeks after the presidential election, refuses to recognize Lula da Silva’s victory.

According to the Federal Highway Police (PRF), at least 13 roads in the states of Mato Grosso, Rondonia and Paraná were blocked during the early afternoon in Brazil.🇧🇷

Protests against Luiz Inácio Lula da Silva’s victory in the October 30 presidential election and in favor of military intervention gained momentum again last week, boosted by a national celebration of the Republic in Brazil with thousands of demonstrators. gathering in front of barracks in several Brazilian states.

To put an end to these protests, which the Federal Supreme Court (STF) considers undemocratic, Judge Alexandre de Moraes ordered the blocking of 43 bank accounts of businessmen who will sponsor and support camps in front of the headquarters that still exist after three weeks of narrow defeat by still Brazilian President Jair Bolsonaro.

The investigation, which is still ongoing, points to the suspicion that businessmen whose bank accounts have been frozen funded these anti-democratic actions and provided the complete structure, which includes everything from tents and toilets to food for demonstrators.

Brazilian President Jair Bolsonaro, who lost the presidential election to Lula da Silva, remains silent for another two weeks and with an empty agenda, which his vice president links to illness.

Bolsonaro last appeared on his social media on November 2, when he posted a video in which he disowned groups of truck drivers that blocked hundreds of roads across the country in protest of Lula da Silva’s electoral victory.

Since the day after the elections, the same phrase has been repeated on the agenda of the President of Brazil every day: “No formal meetings”🇧🇷