The Nation Update The World In A Headline
Home World Police in Angola used tear gas to disperse riots at the funeral of the musician “Nagrelha”. 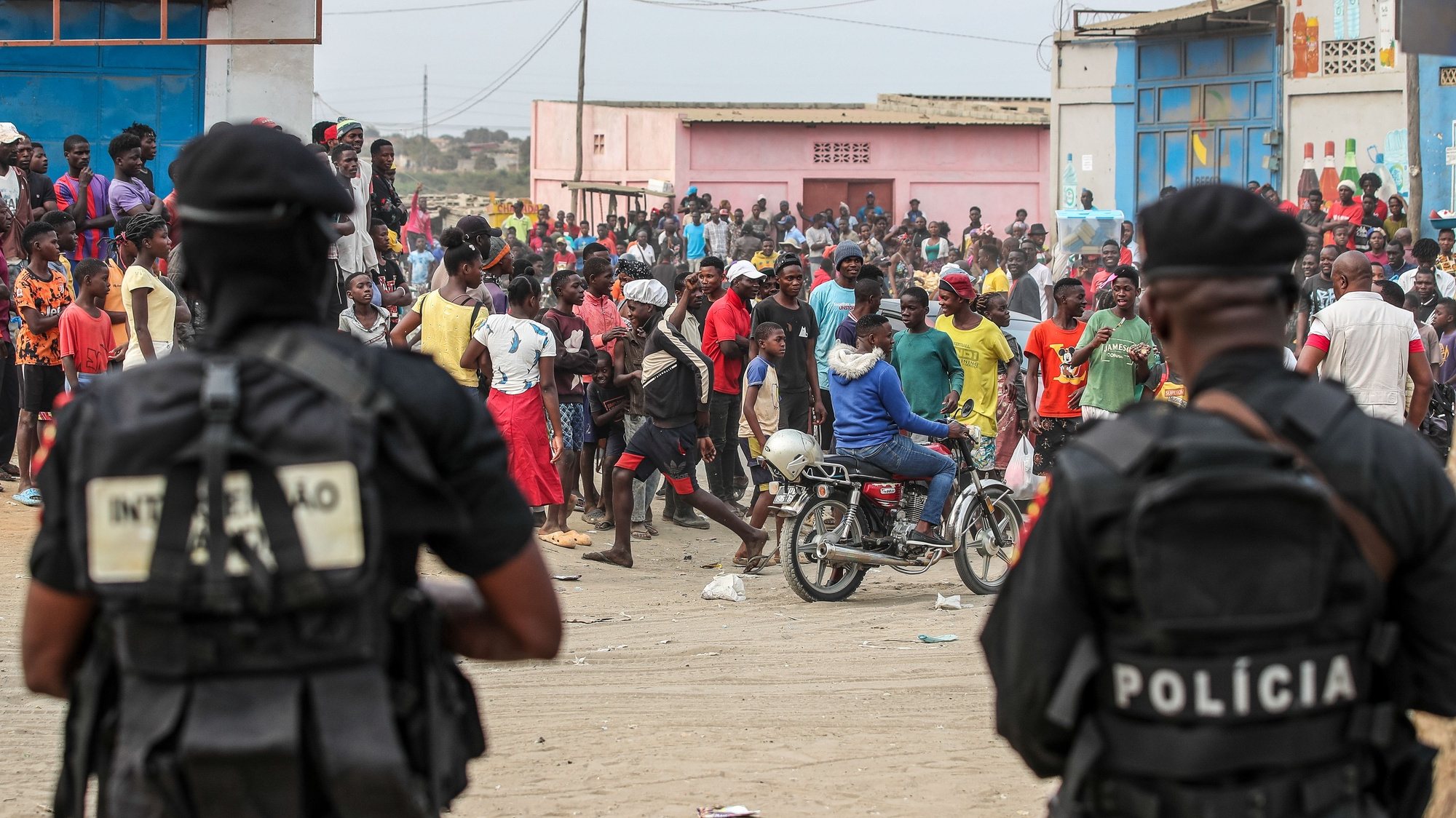 Angola police fired tear gas to disperse riots near the Santa Ana Cemetery, where the Cudura musician Nagreglia will be buried on Tuesday.

The funeral of the musician, who died on Friday, attracted attention Crowd of thousands of Angolans at the biggest funeral in Luanda and whose videos and photos are being shared on social media like this posted on twitter journalist Francisco Soares.

On Tuesday morning, there were still hundreds of people on the Estádio da Cidadela, where the homage took place and from where the foot procession to the candongueiros and with thousands of bikers to the Santa Ana cemetery started.

A large crowd of people forced the police to intervene, and shots were fired.for, despite the mobilization of 800 agents, it was difficult for the police to control large concentrations.

The release of tear gas caused a stampede and fainting.several people lie on the ground.

During the procession young people could be heard crying and shouting “son of Zedu”, a reference to the former president of Angola, José Eduardo dos Santos. Many were holding several banners, and there were those who shouted: “President Nagreglia, head of state Joao Lourenço.”

The Angolan police announced that they had mobilized 800 agents to secure the wake, procession and funeral of Kudurista.

Gelson Cayo Manuel Mendez, better known as “Nagrelha”, the most famous singer of the kuduro musical styledied at the age of 36 in Luanda due to lung cancer, according to the D. Alexandre do Nascimento Hospital Complex for Cardiovascular Diseases, where he was admitted.

The deputy governor of the province for the political and social sector, Manuel Gonçalves, on Sunday appealed to all citizens and, in particular, to the kudurists, with an appeal keep calm to maintain public order and avoid disorder🇧🇷

For security reasons, the cemetery is closed and is intended exclusively for the funeral of “Nagrelya”.

Secretariat of the Politburo of the Popular Movement for the Liberation of Angola (MPLA), the party whose rallies the artist regularly participatedleft a message of condolence praising Nagregli’s unique and unprecedented lifestyle, which has inspired and motivated many artists to embrace the kuduro style.

For the MPLA, the musician stood out as one of the most charismatic members of the musical group Os Lambasresponsible for the introduction of a new paradigm in the musical style of kuduro, marked by compositions with noticeable rhyming and high creativity, which brought the group to the level of the best in the style in question.

The parliamentary group of the National Union for the Total Independence of Angola (UNITA), the main opposition party in Angola, also spoke. condolences to the family, friends, fans and the Ministry of Cultureconsidering “Heating” an icon of popular music, especially of Angolan youth.

“To speak of the death of Nagreglia is to speak of the pain that pierces the hearts of thousands of young and adult Angolan kuduro lovers,” the statement said.

“Charismatic, creative and eccentric, a son of the people and one of the symbols of youth who has not come to terms with social and economic hardships, Nagreglia leaves a magnificent musical repertoire that perpetuates him and keeps his presence in the cultural memory of Angola. “, UNITA stressed.