Dictator Kim puzzled experts: why did he take his secret daughter to launch a rocket? 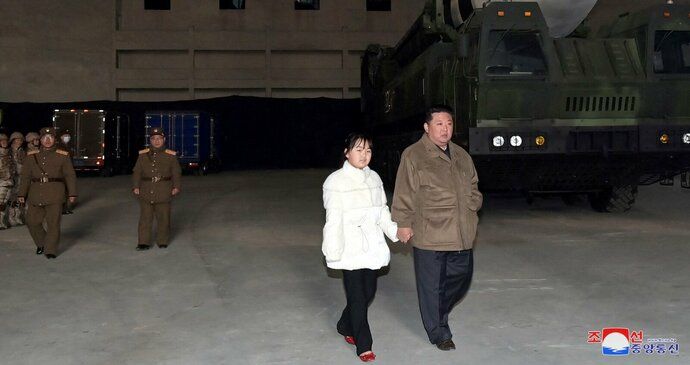 Last week, the North Korean dictator watched the test launch of an intercontinental ballistic missile with his daughter. So for the first time he showed the world his offspring, the number of children, their age and gender are still only guessing. But the question is why this time he took his “beloved daughter” to test a rocket, having so far only watched such events accompanied by his commanders and close guerrillas, CNN reports.

Chu-e must be the name of the dictator’s little princess, at least according to American basketball player Dennis Rodman, who visited North Korea and the Kim family several times. It is assumed that the leader of the DPRK has three children born in 2010, 2013 and 2017. During the launch of the Hwaseong-17 rocket, Kim did not name the girl directly, but only called her “beloved daughter.”

While Kim threatened the West in front of a devastating missile, attention was on his daughter. Experts and laymen are wondering why the dictator took her on trial? What does her presence mean? Will she become his successor? Until now, it has been speculated that Kim’s successor might be his sister Kim Yo-jung, but is his nine-year-old daughter a possible heir?

Seoul-based professor Leif-Erik Easley believes that Kim’s daughter should be seen from a “North Korean perspective.” “Outside of North Korea, it may seem strange that he went hand in hand with a child to launch a long-range missile capable of carrying a nuclear warhead, but inside the DPRK? The launch of the world’s largest intercontinental ballistic missile has become an occasion for a national holiday.” Isley explained.

The rector of the University of North Korean Studies in South Korea, Jang Mu-jin, also emphasized the “inside point of view” of Kim’s daughter’s first public appearance. “Showing his daughter and spending time with her, Kim noted that he has a good and stable family. He showed the North Koreans that he is the leader of the common people.” Yang explained. The images also solidified the little girl’s role as an important “player” in the Kim dynasty, he said.

The Kims have ruled the DPRK since the founding of the country in 1948, when Kim Il Sung, the current leader’s grandfather, became leader. He was succeeded by Kim Jong Il and then by Kim Jong Un. During the covid-19 pandemic, there were rumors about Kim’s health, the dictator often disappeared from public life for long periods and rapidly lost weight, as he had not yet determined his successor, the West is closely monitoring questions about his health. Now it seems that instead of Kim’s sister, his daughter could become a possible successor. However, the dictator is only 38 years old, so if nothing unexpected happens, his daughter will have to wait for the imaginary throne for at least ten years.

Expert: I don’t know what this indicates

“I’m really not at all sure what the introduction of his daughter indicates in terms of succession,” said nuclear policy expert Ankit Panda. “On the one hand, the public introduction of a daughter should not be taken lightly, but she is a minor and her role in testing has not been covered in the state press,” he added. Compared to the press, he focused on the missile rather than his daughter, according to Panda, the launch video released by the North Koreans is an important source of information. “This is an idea of ​​the rocket model and its capabilities.” he pointed out.

Moreover, this is only the third test launch video that the DPRK has released since 2017. In the past, US intelligence has used the footage to analyze and predict the acceleration, trajectory, and performance of missiles. “North Koreans were more transparent until 2017 when validating their nuclear power was their main concern,” Panda explained. 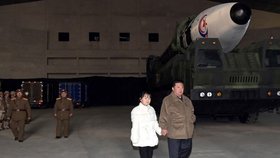 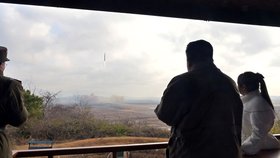 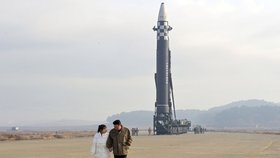 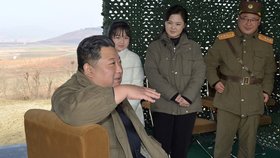 Share
Facebook
Twitter
Pinterest
WhatsApp
Previous article
European Commission proposes cap on gas prices on key exchange TTF
Next article
Renzi and a joke about Letta: “Worry about your students. If he returns to teaching political strategy, it will be a complete mess for them … “