Qatar: You can’t drink in the stadiums. But Budweiser came up with a new plan 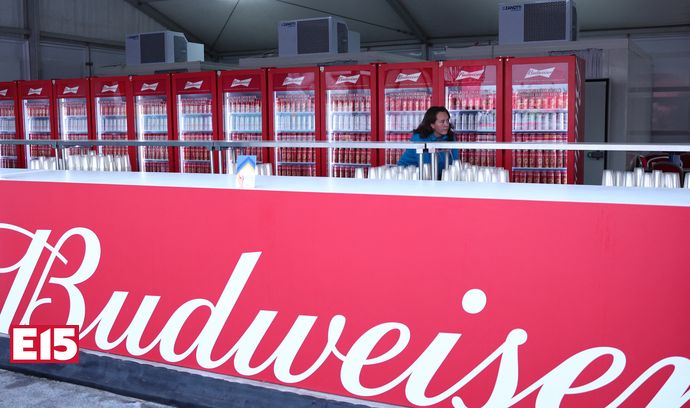 The organizers of the Qatari football tournament decided to ban the sale and consumption of alcohol in stadiums, leaving the American beer manufacturer Budweiser, which was supposed to supply beer for the championship, with a huge supply. Therefore, he came up with an innovation: the winning team will take home from Qatar not only a trophy and almost a billion crowns, but also a lot of beer.

The sale of alcohol in stadiums in Qatar was banned two days before the start of the championship, despite the fact that Budweiser signed a contract with FIFA to supply beer worth $75 million. The brewery succinctly commented on its Twitter account with the words “well, shame,” but then deleted the post. This is reported by the British news site The Guardian.

Welcome to the city of caravans. What does the cheapest restroom accommodation look like?

Part of the brewery’s marketing plans fell due to the decision of the organizers, as the presence of the Budweiser brand at the championship was sharply reduced. However, according to current reports, the verdict should not affect the most important part of the marketing collaboration, which is television advertising with football celebrities Lionel Messi and Neymar Jr.

The world’s largest brewery, Anheuser-Busch InBev, and its Budweiser brand have found a way to manage their stock of beer brewed for thousands of fans. The brewery announced on Twitter that the beer will go to the winning team on December 18. “New day, new tweet. The winning country receives the unsold beer. So on purpose, who will be happy?” Budweiser wrote in a post that included a photo of a giant warehouse stock.

New day, new tweet. The winning country receives the buds. Who will receive them? pic.twitter.com/Vv2YFxIZa1

However, he received ridicule on social media. Some Twitter users suggested that it looked like the brewery was trying to discourage football teams from winning. The American beer brand has a bad reputation in some European countries, despite being owned by AB InBev, based in Leuven, Belgium. “Budweiser just gave all the teams that don’t win an excuse for not winning,” one fan joked on Twitter.

At least the non-alcoholic brand Budweiser Zero stayed in the fan stadiums. Budweiser has been a World Cup sponsor since 1986 in Mexico. FIFA president Gianni Infantino said the governing body failed to convince the Qatari government to support the original decision to allow the sale of alcohol. However, Infantino believes the situation may have brought Budweiser closer to FIFA.

Share
Facebook
Twitter
Pinterest
WhatsApp
Previous article
Four MEPs refrained from adopting a European Parliament resolution declaring Russia a “sponsor of terrorism”.
Next article
ONLINE: The entire Kyiv region is de-energized after shelling. A newborn died in an attack on a maternity hospital