Scotland must not call an independence referendum without the consent of London, the court ruled. 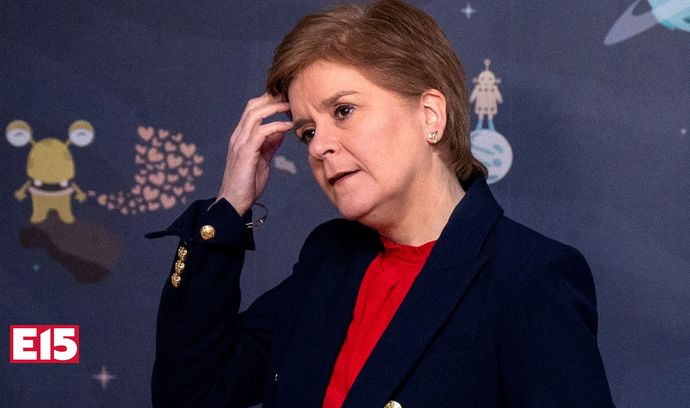 Scotland has no right to call a new referendum on secession from the United Kingdom without the consent of the government in London, the UK’s highest court has ruled. Scottish nationalists have planned a plebiscite for the following year.

“The Scottish Parliament does not have the power to hold a referendum on Scottish independence,” said Chief Justice Robert Reed. According to him, the plebiscite will be the business of the whole UK and, therefore, goes beyond the powers of the Scottish Parliament. The decision was taken unanimously.

In response, Scottish Prime Minister Nicola Sturgeon said that she respects the court’s verdict, but at the same time, she said, he refutes the often heard assertion that the United Kingdom is a voluntary union of countries united in it. “In a democracy, our voice cannot and should not be silenced,” she added.

1/ Despite the disappointment, I respect the decision @UKSupremeCourt – he does not create the law, but only interprets it.
The law, which prevents Scotland from choosing its own future without the consent of Westminster, demythifies any notion of the UK as a voluntary partnership and justifies India.

In 2014, the Scots voted 55% to 45% against leaving their more than 300-year-old union with England. However, according to supporters of Scottish independence, the subsequent exit of the UK from the European Union changed the situation so much that it is necessary to hold a new referendum.

Sturgeon wants a new referendum on October 19, 2023. However, according to her, it must be legal and internationally recognized. The British government refuses to agree to a second referendum and claims that the Scots already had the opportunity to express their opinion on independence in 2014 and rejected it. According to Westminster, the vote for independence should be held once a generation.

Supporters of Scottish independence are planning demonstrations in Edinburgh and other cities.

Share
Facebook
Twitter
Pinterest
WhatsApp
Previous article
Fact checking. Did Banco de Portugal warn about the dangers of card cloning?
Next article
Gubachkova after the operation! She shared a picture full of nervousness online. When will we see Hladik?