After 40 years, the Czech Republic has a cosmonaut! Pilot Alesh Svoboda in the ESA reserve team. 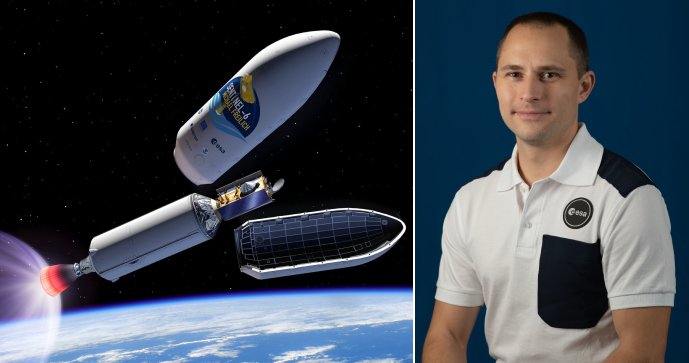 The European Space Agency (ESA) has unveiled a new team of astronauts for the space program, choosing from nearly 22,600 people. Czech fighter pilot Ales Svoboda is also a member of the reserve team. He did well as the only one of about 200 Czechs who signed up for the project. Today in Paris, the ESA announced the results of its selection.

“He’s always been that way to meA chidhood dream. As a child, I went to the planetarium in Brno, I was always interested in space, aviation and astronautics. And I perceive it as such a logical continuation of what I am doing now, ” – said “Freedom” on the air of Czech television.

Svoboda graduated from the Defense University in Brno, joined the Czech army in 2005 and became a pilot three years later. Works at the base in Caslava. The ESA profile states that he plays hockey and badminton.

Great success of the Czech cosmonautics.
European Space Agency @esa chose army pilot Alyosha Svoboda as a member of the reserve section of his new cosmonaut team. He succeeded in a huge competition of over 22,000 candidates from all over Europe. Congratulations! pic.twitter.com/yNAaWkBEWZ

“The great success of the Czech space assetst,” wrote Czech Transport Minister Martin Kupka on Twitter, under whose department space activities fall.ESA’s decision today represents a significant shift in space activities. for the Czech Republic and proves once again how important our active role is in ESA and other international scientific organizations,” the minister added.

Aleš Svoboda from the Czech Republic has joined the 2022 astronaut class as a member of the astronaut reserve. #ESAastro2022

The Czech Army also praised the success of Svoboda on Twitter. “From green to shuttle. Our fighter Alyosh Svoboda became a reserve cosmonaut today. He is in the TOP 17 people who, quite possibly, will someday look into space, ”wrote the army.

From green to shuttle.
Our fighter Alyosh Svoboda became a reserve cosmonaut today. He is in the TOP 17 people who are likely to someday look into space. The European Space Agency selected him today in Paris from more than 22,000 applicants. Respect! 🫡 #ClothesArmada pic.twitter.com/Whldy1pCuL

In the late 1970s, the former Czechoslovakia became only the third country in the world, after the Soviet Union and the United States, whose citizen looked into space. Military pilot Vladimir Remek formed the crew of the Soyuz-28 spacecraft in March 1978, along with Soviet cosmonaut Alexei Gubarov.. Remek has so far been the first and only Czechoslovak cosmonaut.

Applicants applied for the position of ESA astronauts from March to June last year. he signedby 22,589 people, of which 24 percent are women. 165 men and 37 women from the Czech Republic applied for the job. The previous selection process took place in 2008, the team was appointed in 2009.