Fact checking. Was there a spelling mistake in the banner with the protest message against the elections in Brazil? 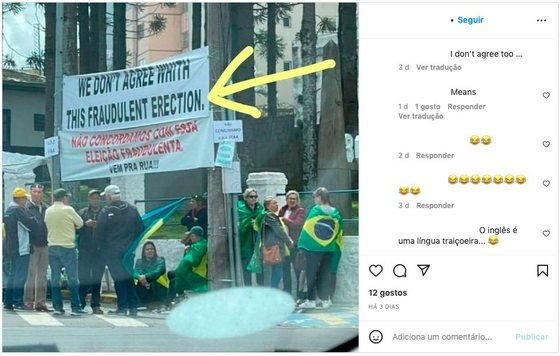 A photo of demonstrators on Brazilian streets with two banners, one in English and one in Portuguese, was altered in the English version, changing only one letter of the word and creating a fake message that quickly spread online. . Through manipulation of the image, the letter “R” was duplicated in the English sentence, which replaced “L”, and the word “eleição” – in English “election” – gave rise to the word “ereção” – in English “erection”. It could even be a simple origin joke, without much creativity, but those posting it on social media are omitting the reason for the image manipulation.

Evidence that this is just a deliberate manipulation of the photo in question comes from other images taken during the same protest and widely shared on social media. Users also notice that the slight deformation of the “R” is exactly the same in the word “fraudulent” and in the word that was changed from “election” to “erect”, indicating that it was a simple word substitution, copying part of the image , which allowed to distort the message on the banner.

Here is an image that looks real. Please note that in the assembly, the letter “P” and “fraudulent” and “erection” are the same. pic.twitter.com/wO4a1Mv2up

And, if there is still doubt about the presence of deliberate manipulation in the word “election”, it is enough to see that the spelling error in the word “C” (“com”, in Portuguese), which appears in the traces. The inscription “whith” is present on all frames from a protest action that took place a few days after the second round of the presidential elections in Brazil. 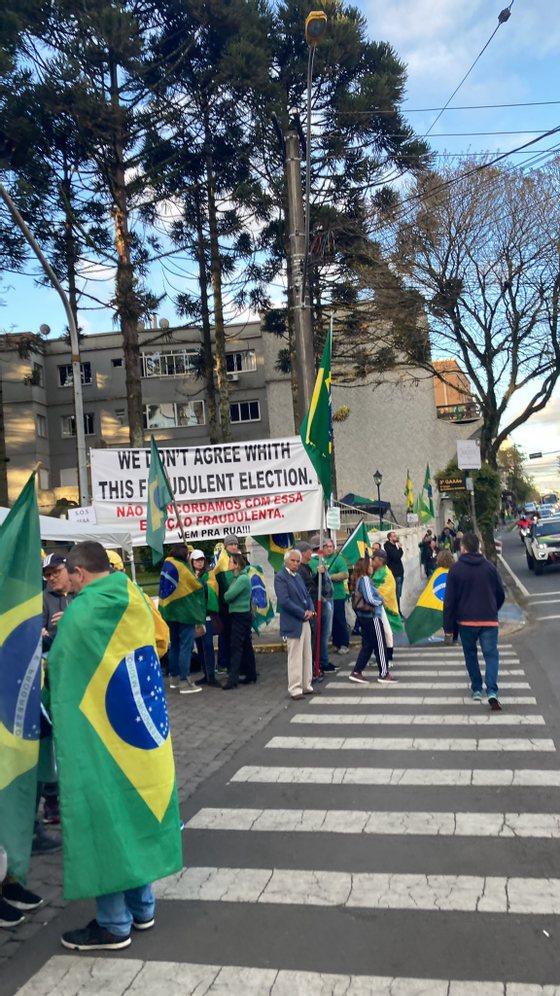 It is a lie that during the demonstration of Bolsonaro’s supporters, dressed in the colors of the Brazilian flag and with flags on their backs, one of the banners used had a spelling error in the word “eleção”, turning it into “erecting”. The photographs taken during the demonstration show that the only error in the strip written in English was the word “c”, which remained in both versions (the original and the fake one containing the word “erection”), and not a slip of the language that generated lie and contributing to its spread in social networks.

Share
Facebook
Twitter
Pinterest
WhatsApp
Previous article
The raging drug dealer wanted to demolish the apartment, threatened his partner: He faces 10 years in prison
Next article
After the devastating earthquake in Indonesia, a five-year-old boy was pulled out from the rubble. The disaster claimed the lives of 271 people.