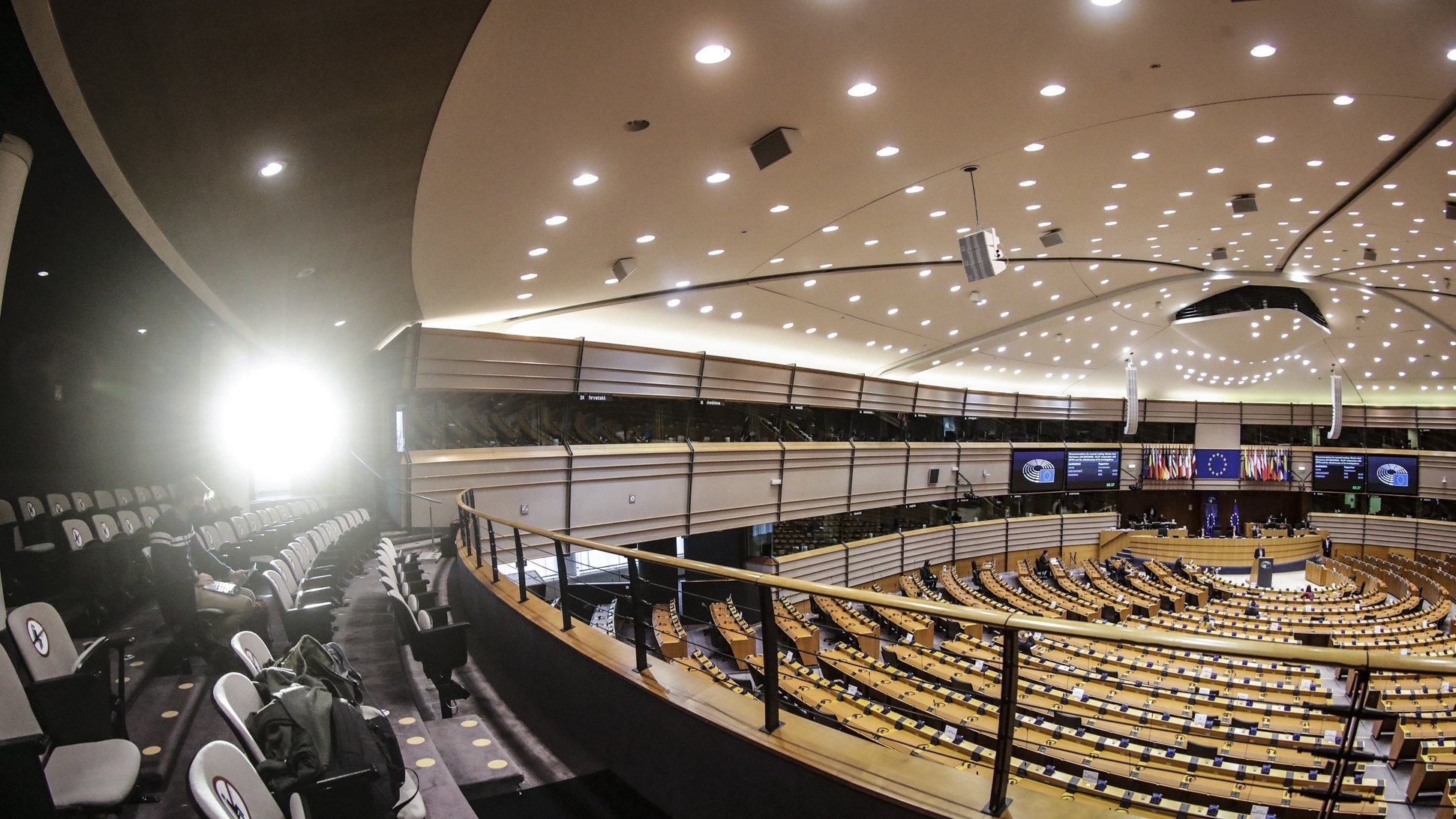 The European Parliament (EP) is expected to announce a non-binding resolution in Strasbourg this Wednesday to designate Russia as a state sponsor of terrorism, as the list of alleged war crimes attributed to parties to the conflict in Ukraine grows.

The resolution is aimed at ensuring that Moscow answer in court for alleged war crimes committed by his forces in Ukraine, which have been documented since the invasion of Ukraine began almost nine months ago.

In the most recent case, and following the recent withdrawal of Russian troops and part of the civilian population from the city of Kherson in southern Ukraine and on the right bank of the Dnieper, occupied in the early days of the invasion, Ukrainian President Volodymyr Zelensky said that Investigators document ‘400 war crimes’ committed by Russian troops during the occupation.

On Monday, Ukraine’s Prosecutor General’s Office also announced “the discovery of four places of torture” used by the Russians in this city during the occupation and before the complete withdrawal to the left bank of the Dnieper on November 11.

Just last Sunday, Prosecutor General of Ukraine Andriy Kostin pointed out that “47,000 potential war crimes” in the country and called on a special international court to investigate and judge Russia’s “crime of aggression”, tantamount to “genocide”.

Since the beginning of the conflict, various media and international organizations, most notably Amnesty International (AI), have also identified situations that could amount to war crimes, as has the Prosecutor General’s Office of Ukraine, even if the information does not always match.

Kyiv regularly stated about Discovery of mass graves in different parts of the country formerly occupied by Russian forces, some of which reportedly have civilians with signs of torture.

In April, more than 400 bodies of civilians were found in Bucha, a city on the outskirts of Kyiv.

New footage shows how civilians were executed in Bucha

In March, Russian troops launched an airstrike on a theater in Mariupol, where refugees many children, with hundreds of deaths, with most of these actions rejected by Moscow. In the same month, a hospital in this southeastern city of Donbass was hit.

In September we found 450 bodies – mostly civilians – in mass graves in Izyum, in the Kharkiv region. Also in this northeastern city, there are records of indiscriminate attacks by Russian troops using cluster bombs.

Ukrainian courts have already sentenced a Russian soldier, and Russian-speaking Donbass separatists have also sentenced several “foreign mercenaries” involved in the conflict and members of the Azov Battalion, many of whom were involved in prisoner exchanges.

More recently, after a so-called “special military operation” launched by the Kremlin on February 24, 21-year-old Russian tanker Vadim Shishimarin was sentenced to life imprisonment on charges of shooting at a civilian unarmed in the city of Chupakhovka in the northeast of the country a few days after the start of the invasion.

In this context, it was recognized that it would be easier to prosecute individual soldiers for war crimes than high-ranking military or political commanders.

At the beginning of August last year, a new report by Amnesty International (AI) stated that Ukrainian combat tactics also endangered civiliansreferring to military bases located in residential areas (including schools and hospitals), attacks launched from residential areas, but emphasizing that these “human rights violations” do not justify Russia’s “indiscriminate and systematic” attacks on land, sea and air. for residential and civil facilities.

Kyiv reacted violently: the head of Ukrainian diplomacy, Dmitry Kuleba, expressed “outrage” at the “unfair” accusations made by AI, and President Volodymyr Zelensky considered that the organization “an attempt to amnesty the Russian terrorist state”🇧🇷

In parallel, Moscow also accused Kyiv of committing “war crimes”, the latest of which is the charge of summary execution. 11 soldiers detained in Luhansk region and that they were unarmed, having asked the UN to investigate the incident.

Last week, Russia’s Investigative Committee opened a criminal case, and on Monday the Kremlin said it would try to identify those responsible and bring them to justice. Kyiv rejects Moscow’s version, but Ukraine’s Prosecutor General’s Office on Tuesday said it had launched an investigation into the alleged shooting.

The Russian-speaking leaders of Donbass also condemned. systematic shelling of residential areas by Ukrainian troops in Donetsk and Lugansk with numerous civilian casualties since the conflict in the region in eastern Ukraine began following a separatist uprising in the spring of 2014.

Officials from Human Rights Watch (HRW), a New York-based NGO, also believe that establishing a “chain of command” is very important for any future process, in particular for determining whether a potential crime has been sanctioned. leader.

Since 2013, the International Criminal Court (ICC), based in The Hague, investigates war crimes and crimes against humanity in Ukraine, even before the annexation of Crimea to Russia. However, the ICC does not have the power to arrest suspects, and Russia has not signed the agreement establishing the Court (like the US or China) and is unlikely to extradite suspects.

The ICC can also initiate legal proceedings against political leaders for “declared aggressive war”unjustified invasion or conflict that was not carried out in self-defense.

However, it will be very difficult for the ICC to bring charges against Russian leaders, including President Vladimir Putin, because the country is not a party to the court.

Thus, the formation of its own court to consider potential war crimes and crimes against humanity is allowed, when Ukrainian courts have already begun to organize their own trials.

Theoretically, the UN Security Council could also ask its judiciary to launch an investigation, but Russia could always use its veto.

The UN has presented as confirmed 6,595 civilian deaths and 10,189 wounded since the start of the war, stressing that these figures are much lower than the real ones.