Tutankhamen, Nefertiti or Cleopatra: where does the fame of the “superstar pharaohs” come from, who now come to Gulbenkian? 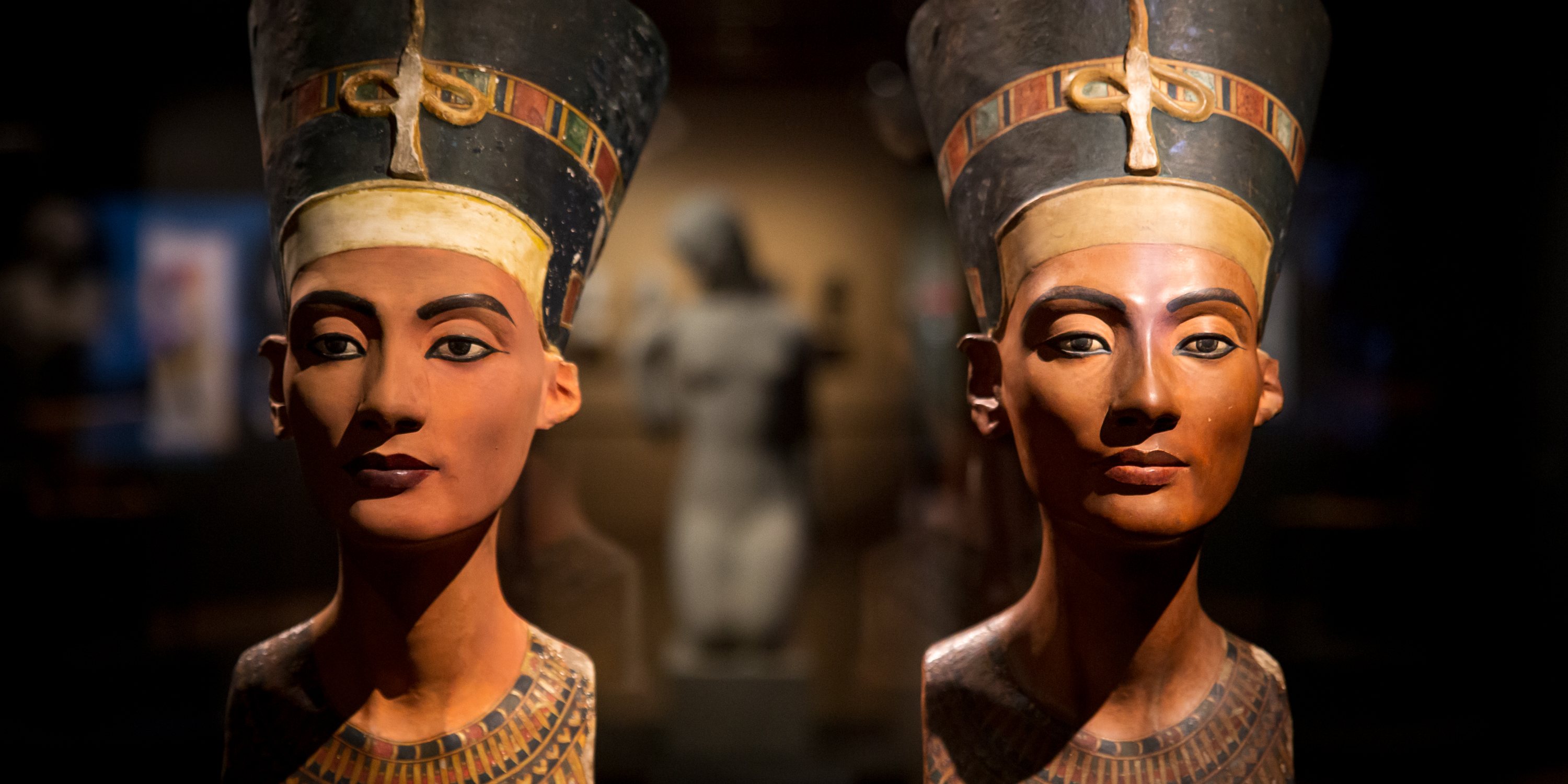 In the light of the display, Tutankhamen’s face glows. The other covering of the mask is a reminder of the extravagance of Egyptian funerary art and the incalculable richness of the Nile civilization that dominated the region’s destinations for over three thousand years. The object that opens the new exhibition at the Gulbenkian Museum in Lisbon is, of course, a copy, but still dazzling. Produced in France in the 1970s, the porcelain piece is slightly smaller than the original in the Egyptian Museum in Cairo, but very similar. Distinctive features such as the face, eyes and the blue and gold crown that became the symbol of the king of Egypt after the discovery of Tutankhamun’s tomb in November 1922 are all there. Only the color of the beard is slightly different.

Opening an exhibition about the pharaohs with Tutankhamen’s funeral mask seems like an obvious choice, but what other Egyptian king could serve as a gateway to the world of ancient Egypt and its stars? “This is a very familiar image. It is imprinted in our brain,” began with an explanation, Frédéric Mougeno, curator Pharaohs Superstars, which opens this Friday, November 25, at the headquarters of the Calouste Gulbenkian Foundation and will display exhibits from the collection of the Founder, the National Library of Portugal and other European institutions such as the Louvre, the British Museum or the Ashmolean Museum. “We may not identify Tutankhamen, but [a máscara] exclaims Egypt and the kings of Egypt. That’s a good part of getting to know the exhibition because that’s what it’s about – about the kings and queens that we hear about, that we know more or less, that we may have seen, like Tutankhamen and Nefertiti, but that we don’t know much about. . . We don’t know exactly what they did or why they are so famous. That’s why the exhibition is called Pharaohs Superstarsbecause they are Super stars🇧🇷 They are like Beyoncé, Elvis Presley or Marilyn Monroe. We have heard of them and at least know their names.”

Tutankhamun, Nefertiti and Cleopatra are names known to the general public, but there are hundreds and hundreds of other pharaohs whose names mean nothing to those who have not studied Egyptology. The exhibition explores why only a few kings have stood the test of time in the collective memory. What did some have that others didn’t? Some pharaohs were famous in antiquity and continue to be so in modern times, but others were quickly forgotten but later restored. For the curator of the Palais des Beaux-Arts museum in Lille, who accompanied the Observer to visit the exhibition, this is a great “irony”: “The exhibition shows the irony of history, why some pharaohs who were very famous ceased to be parts of our historical consciousness and others that the Egyptians did not too glorified, became Super starslike Tutankhamen. Therefore, it is important to start with it,” he stressed. “Because he is the biggest star. And also because his grave was discovered 100 years ago.” By a happy coincidence, the exhibition began to be prepared back in 2019. Training was interrupted due to the Covid-19 pandemic. “It’s November now. That’s when they discovered the first steps [para o túmulo]🇧🇷 The entry was discovered at the end of the month. “That’s why it’s important to start with Tutankhamun,” Frederic Mougino repeated. “He wasn’t always Superstar🇧🇷

Share
Facebook
Twitter
Pinterest
WhatsApp
Previous article
Single tax increased to 85 thousand euros for VAT numbers. An employee will pay up to 10,000 euros more in taxes than a self-employed person
Next article
At least 10 dead in US grocery store shooting