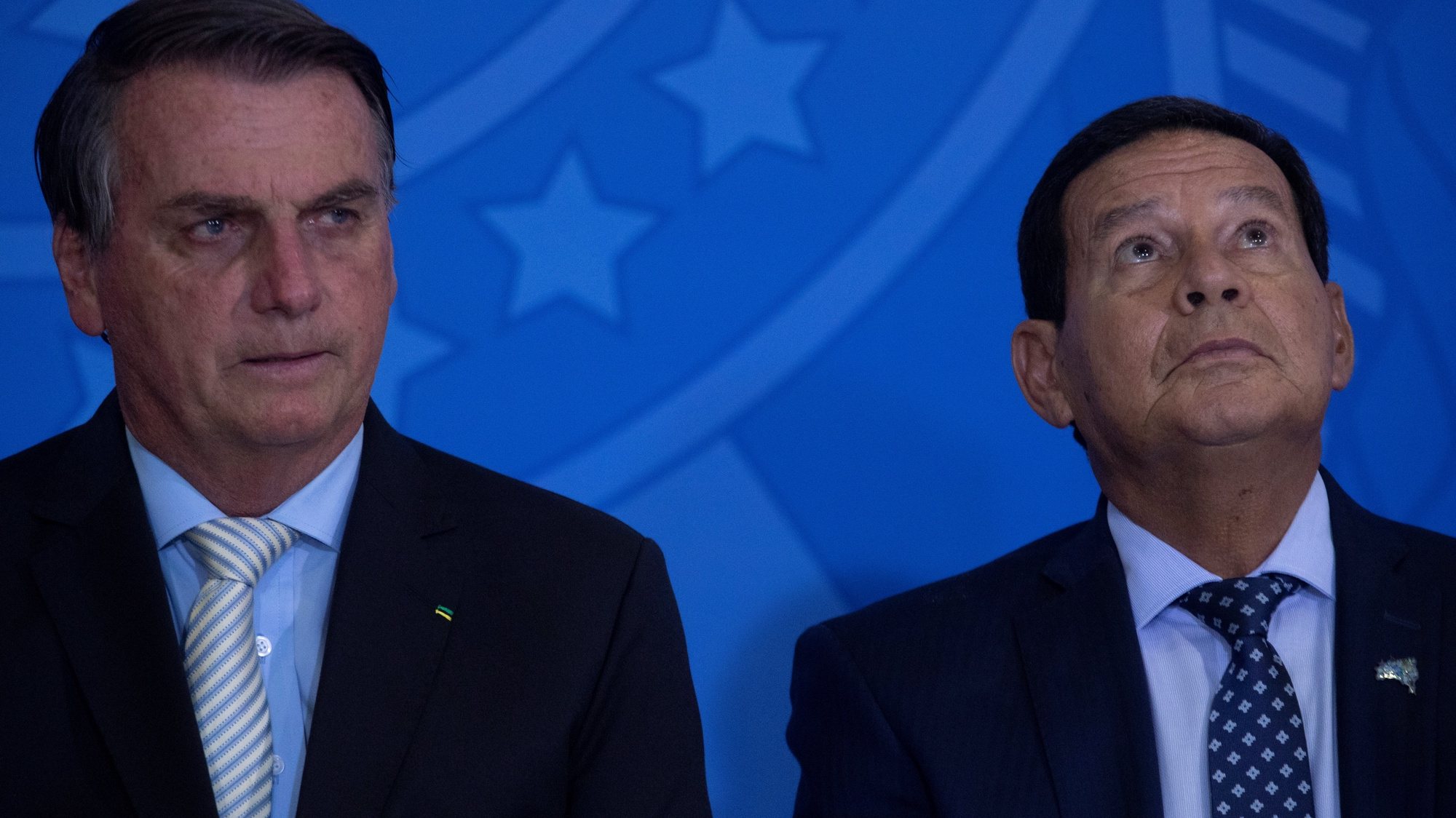 The demonstrations that are still taking place in Brazil against Lula da Silva’s election to the presidency are a “collective catharsis”, according to Brazilian Vice President General Hamilton Murao this Wednesday in Lisbon.

These people are not randomly on the street, they are in the process of, shall we say, in a collective catharsis, it is not so, one might say, in the sense of accepting what they consider to be wrong. . And time is the master of the mind,” he said.

The Vice President of Brazil, who has been on a four-day official visit to Portugal since Monday, spoke to the media after his visit to the headquarters of the Community of Portuguese Speaking Countries (CPLP).

“First of all, demonstrations are not conspiracies. It was what you play in the press. This is a manifestation of the people in Brazil, this is an internal issue for us who have not submitted to the process, who believe that the process is not perfect,” he added.

🇧🇷What I think is very clear is that the referee of that game, the Electoral Court, was biased throughout the game.🇧🇷 I think so,” he stressed.

Luiz Inácio Lula da Silva won the second round of the October 30 presidential election by a narrow margin, with 50.9% of the vote against 49.1% for Jair Bolsonaro, who ran for a new four-year term.

Hamilton Murao also said, referring to the October 30 presidential election, that “part of (Brazilian) society thinks the process has problems.”

“For my part, I see that we need to provide more transparency in this process. It is not enough, cleanly and simply, concise answers from our Supreme Electoral Court, in the sense of challenging some, let’s say, complaints or arguments about the process, and we will have to develop what is there,” he added.

Asked if the demonstrations against Lula da Silva’s victory should be stopped, General Hamilton Murao acknowledged that their intensity was declining.🇧🇷

“I see that they (demonstrations) are gradually decreasing. Like any type of manifestation that expands over time, they will shrink over time. But, obviously, it should be quite clear that a huge part of the Brazilian population is disappointed with this result. And we need to understand that.”

With regard to the request that the Liberal Party (PL) of the current President of Brazil, Jair Bolsonaro, submitted on Tuesday to the electoral authorities for the annulment of part of the ballot boxes used in the October 30 presidential election, Hamilton Murao said he did not believe in his approval🇧🇷

“In connection with, say, this issue, which the LP entered into yesterday [terça-feira]I think it will not prosper,” he stressed.

More than 250,000 ballot boxes will be at stake (until 2020), about half of the total used in the October 30 presidential election won and ratified by the electoral authorities and international observers by Lula da Silva.

At the same press conference, the party’s lawyer, Marcelo Bessa, pointed out that in polls up to 2020, Lula da Silva had won 52% of the vote against Jair Bolsonaro’s 48%.

But according to the report, in the new ballot boxes the result was the opposite: Jair Bolsonaro won with 51%, while Lula Silva registered 48.95% of the vote.

This report focuses only on the second round of elections, not including the general elections on October 2, in which the PL won a big victory by electing 99 federal deputies.