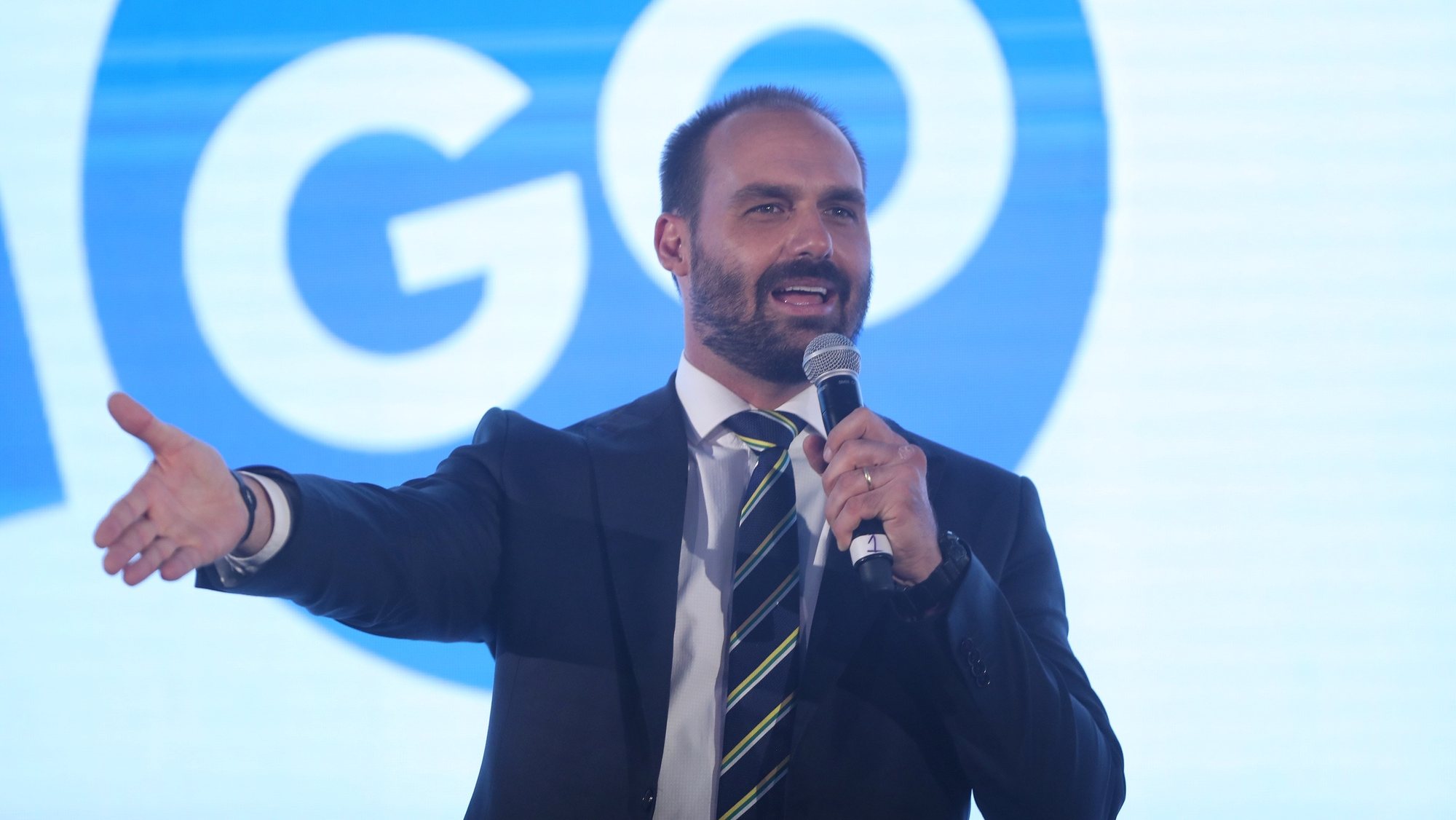 Federal MP and son of Brazilian President Eduardo Bolsonaro attacked electronic voting machines this Wednesday, one day after his father’s party demanded the annulment of some of the votes that brought victory to Lula da Silva🇧🇷

“If electronic voting machines were well regarded by only a few countries, now they will not be accepted by any serious country,” Eduardo Bolsonaro wrote on the social network Twitter, sharing a video in which Steve Bannon, a former ideological adviser to former US President Donald Trump, defends protests in Brazil that cast doubt on election results.

“Censorship accompanies. But make no mistake, this is the opinion of the majority abroad. A freer international press covered our elections better,” the federal deputy added.

In a video shared by Eduardo Bolsonaro, Bannon states that “Once you start digitizing elections, you will have no proof of the identity” of voters. “All this is done with one goal: to steal the elections”Trump’s former adviser said.

Bannon, who helped lead the Trump campaign in 2016 and was his chief political strategist until he left the White House in 2017, was sentenced by a US court to four months in prison and a $6,500 (€6,600) fine. for disrespecting the Capitol Invasion Investigation Committee.

Attack on the Capitol. Bannon, former Trump adviser, sentenced to 4 months in prison

These allegations by Eduardo Bolsonaro came a day after the party of still Brazilian President Jair Bolsonaro asked the electoral authorities to remove some of the ballot boxes used in the October 30 presidential election, but without mentioning the ballot boxes for the first round and general election on October 2, in which he emerged as a big winner, electing 99 federal deputies.

In a statement to the media without the right to ask questions in Brazil, engineer Carlos Rocha, who is responsible for verifying the report of the Liberal Party (PL), indicated that an “invalid number” was found in some ballot boxes, which indicates “an indication of a very severe malfunction of the ballot box ”, thereby generating “uncertainty in the data of these ballot boxes”.

“It was found that there were ballot boxes that were broken and turned off during the same voting period and turned on again,” he stressed, adding that this constituted “a violation of the secrecy of the voting act.”

Contrary to this, PL President Valdemar Costa Neto, together with the auditors, stated that this report does not reflect the opinion of the party.

More than 250,000 ballot boxes will be at stake (until 2020), about half of the total used in the October 30 presidential electionwon and ratified by the electoral authorities and international observers by Lula da Silva.

At the same press conference, the party’s lawyer, Marcelo Bessa, pointed out that in polls up to 2020, Lula da Silva had won 52% of the vote against Jair Bolsonaro’s 48%.

But according to the report, the result was the opposite in the new ballot boxes: Jair Bolsonaro won with 51%, while Lula da Silva registered 48.95% of the vote.

Protests against Luiz Inácio Lula da Silva’s victory in the October 30 presidential election and in favor of military intervention gained momentum again last week, boosted by a national celebration of the Republic in Brazil with thousands of demonstrators. gathering in front of barracks in several Brazilian states.

To end these protests, which the Federal Supreme Court (STF) deemed undemocratic, Judge Alexandre de Moraes ordered the freezing of 43 bank accounts of businessmen who will sponsor and support camps in front of the headquarters, which still persist after three weeks of narrow defeat still Brazilian President Jair Bolsonaro.

The investigation, which is still ongoing, points to the suspicion that businessmen whose bank accounts have been frozen funded these anti-democratic actions and provided the complete structure, which includes everything from tents and toilets to food for demonstrators.