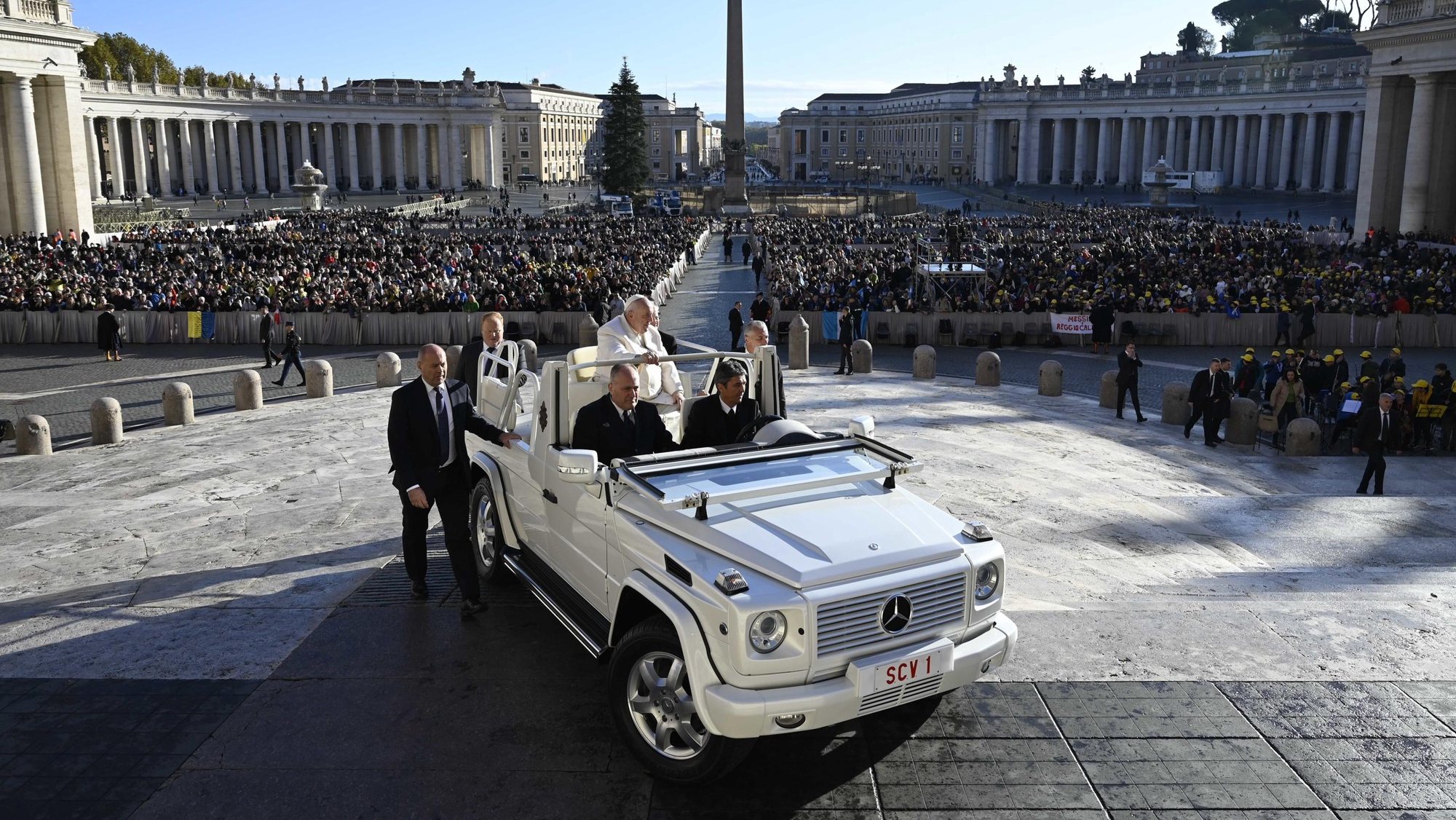 This Wednesday, Pope Francis linked the current suffering of Ukrainians to “Stalin’s genocide” in the 1930s, when the Soviet dictator was accused of causing a famine in Ukraine that killed more than 3 million people.

In a speech at the end of his weekly general audience, Francis renewed calls to prayer for “the terrible suffering of the beloved and martyred people of Ukraine.”

He recalled that Saturday marks the 90th anniversary of the beginning of the Soviet-era famine, known as the Holodomor, which Ukraine celebrates every four Saturdays of November with the Day of Remembrance.

“Saturday marks the anniversary of the terrible genocide of the Holodomor, the extermination of the famine artificially caused by Stalin in 1932-1933,” Francis said.

Let’s pray for the victims of this genocide and let’s pray for so many Ukrainians, children, women, old people and babies who today are being martyred by aggression,” he added.

Francis’ connection between the plight of the Ukrainian civilian population today, during the Russian invasion, the victims of the famine 90 years ago, and the definition of “genocide” perpetrated by Joseph Stalin, marks a dramatic escalation in papal rhetoric against Russia🇧🇷

Until this year only 17 countries have officially recognized the Holodomor as genocideThis is reported by the Holodomor Museum in Kyiv.

Scholars remain divided on whether the famine represented “genocide”, the main question being whether Stalin wanted to deliberately kill Ukrainians in an attempt to suppress the independence movement against the Soviet Union, or whether the famine was primarily the result of a combination of official inconsistency with natural conditions.

The Vatican, in its 2004 Compendium of Church Social Doctrine, lists Ukrainians, along with Armenians and Jews, as victims of the 20th century genocide and says that “attempts to destroy entire national, ethnic, religious or linguistic groups are crimes against God and humanity itself, and those responsible for such crimes must answer for them before justice.”

Francis repeatedly called for peace and an end to the war, sent humanitarian aid to Ukraine and tirelessly called for prayers for the “martyrs” of the Ukrainian people.

But in general it refuses to place blame or even name Russia or President Vladimir Putin, echoing the Kremlin’s complaints that NATO is “barking at the door” in its eastern expansion.

The Vatican has a tradition of not mentioning the guilty, believing that behind-the-scenes diplomacy is more effective than a public denunciation. The Holy See also seeks to maintain relations with the Russian Orthodox Church, which strongly supported the Kremlin in the war.

According to the Holomodo Museum, 16 states, in addition to Ukraine, have recognized the famine as genocide: Australia, Ecuador, Estonia, Canada, Colombia, Georgia, Hungary, Latvia, Lithuania, Mexico, Paraguay, Peru, Poland, Portugal, the United States and the Vatican. . Some other countries such as Argentina, Chile, and Spain condemned it as an “act of extermination”.

Share
Facebook
Twitter
Pinterest
WhatsApp
Previous article
Elon Musk Launches New Poll: Should Everyone Get Back to Twitter?
Next article
ONLINE: As a result of a series of Russian terrorist attacks, 10 people were killed and many were injured. Ukraine demands the intervention of the UN Security Council