Russian parliamentarians today, as expected, approved a tougher ban on the so-called propaganda of homosexuality. According to the TASS news agency, the State Duma, the lower house of the Russian parliament, passed in the third reading an amendment banning the promotion of “non-traditional sexual relations” and pedophilia, as well as the dissemination of information about the sexual minority (LGBT) in the media, on the Internet, in advertising, in books and in cinema.

It also prohibits the dissemination of information that may cause teenagers to be interested in gender reassignment. Prohibit the screening of films containing “materials that promote non-traditional sexual relations and preferences.” writes TASS. Violation of the bans, according to the Interfax agency, entails heavy fines.

Russian senators have yet to agree on the wording of the law, and the signature of the head of state is also required. However, as a rule, this is just a formality. In Russia, propaganda of homosexuality among minors was previously prohibited by law. Another law prohibits marriages between homosexual couples and the adoption of children by homosexuals.

The regime of Russian President Vladimir Putin, who started a war against Ukraine 274 days ago, positions itself as a defender of “traditional morality” and family values ​​against what pro-Kremlin propagandists and government politicians are calling decadence, subversion and “Satanism” coming from the West.

Last year, when Russia was still a member of the Council of Europe, it refused to comply with the decision of the European Court of Human Rights to register same-sex unions on the grounds that such a move is contrary to the Russian constitution. .

“We are being forced into “values” that are alien to us. We will not submit to a decision that is contrary to the constitution.” This was stated by the then chairman of the Duma, Vyacheslav Volodin, according to the Kommersant newspaper.

Last year, at Putin’s suggestion, the Russian constitution was amended to include a provision imposing an obligation to protect “the institution of marriage as a union between a man and a woman.”

Homosexuality was a criminal offense in Russia until 1993, until 1999 it was classified as a mental illness. Since 2013, the country has banned “propaganda of non-traditional lifestyles among minors”, and under this law, any act that the authorities consider to be promoting homosexuality can be fined. Moscow has used the ban to detain gay rights activists or to crack down on so-called pride marches.

In addition to this prohibition, sexual minorities face other difficulties – in some parts of Russia, such as the predominantly Muslim Caucasus, also with open harassment and violence. 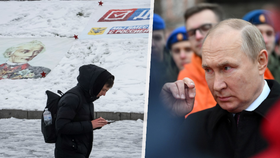 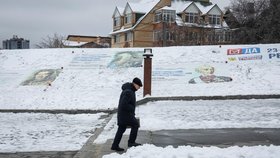 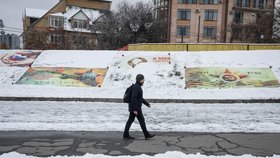