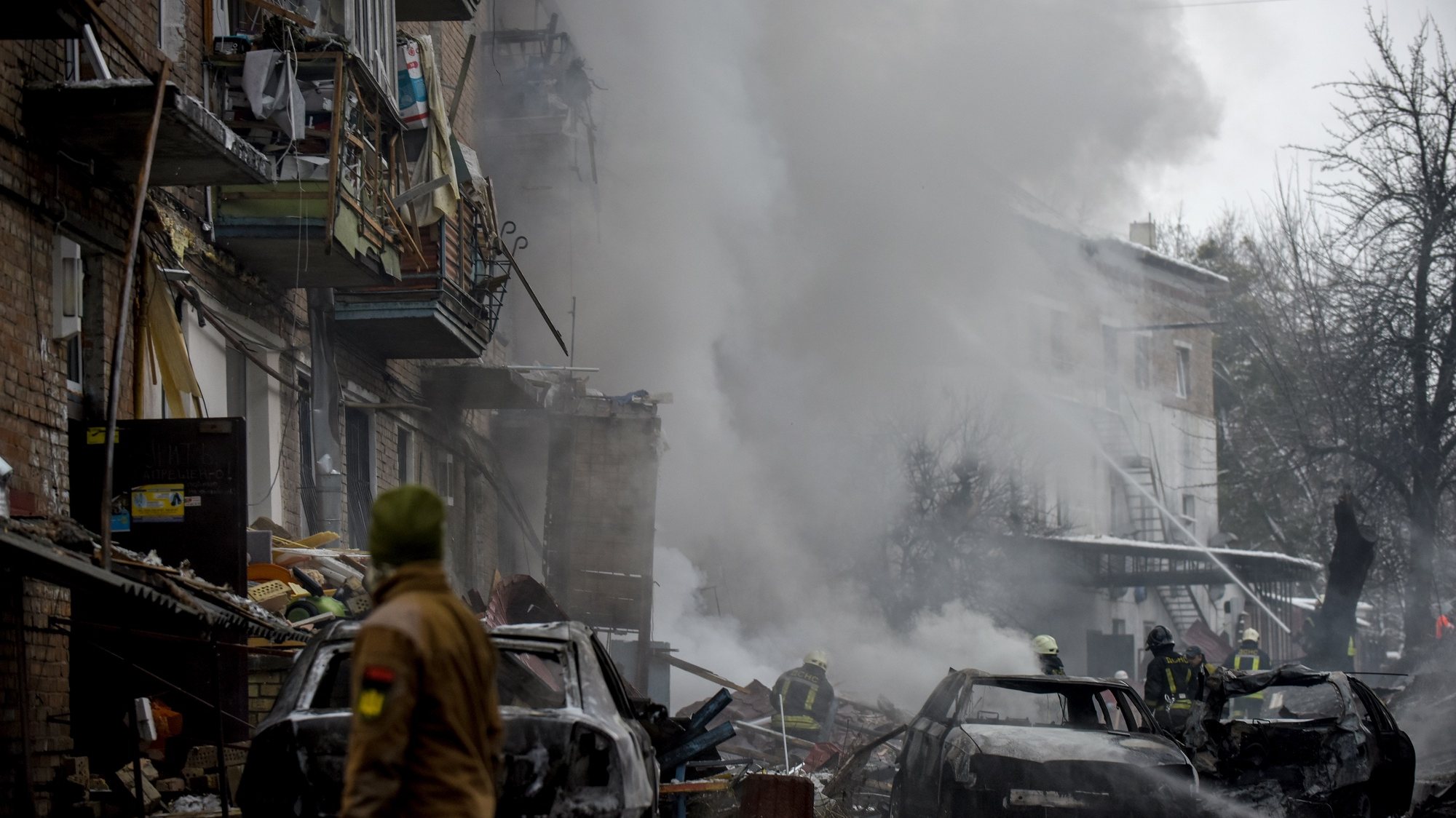 Russia denied this Thursday an attack on Kyiv on Wednesday and cited anti-aircraft missile systems.Ukrainians and foreignersResponsibility for damage caused in the Ukrainian capital.

“There were no shellings in Kyiv. The Kyiv regime reported about all the destruction in the city are the result of the fall of foreign anti-aircraft missiles and Ukrainians installed in residential areas of the Ukrainian capital,” said Russian Defense Ministry spokesman Igor Konashenkov.

Kyiv Mayor Vitali Klitschko said that “one of the capital’s infrastructure facilities was damaged” and that there were “several more explosions in different areas” of the city, which also disrupted the water supply.

Power outages were recorded in different parts of Kyiv, Kharkov, Lvov and the southern region of Odessa.

Attack motherhood. “In principle, it would be a war crime”

The situation was even more serious in the city of Kherson (south), from which Russia withdrew almost two weeks ago after several months of occupation, where power and water lines were cut off.

Many doctors in the city had to work without light, could not use elevators to transport patients to operating rooms, and worked with headlights, cell phone flashlights, and flashlights.

According to the Ukrainian operator Energoatom, the attacks led to the disconnection of three Ukrainian nuclear power plants from the power grid, which, however, have already started working again, leading to serious power outages.

Russia attacked electrical network and other important installations on Ukrainian soil with missiles and drones (unmanned aerial vehicles) a few weeks ago, apparently to turn the cold and darkness of winter into a weapon against Ukraine.