Video. Two days after the earthquake in Indonesia, a child was rescued unharmed from the rubble 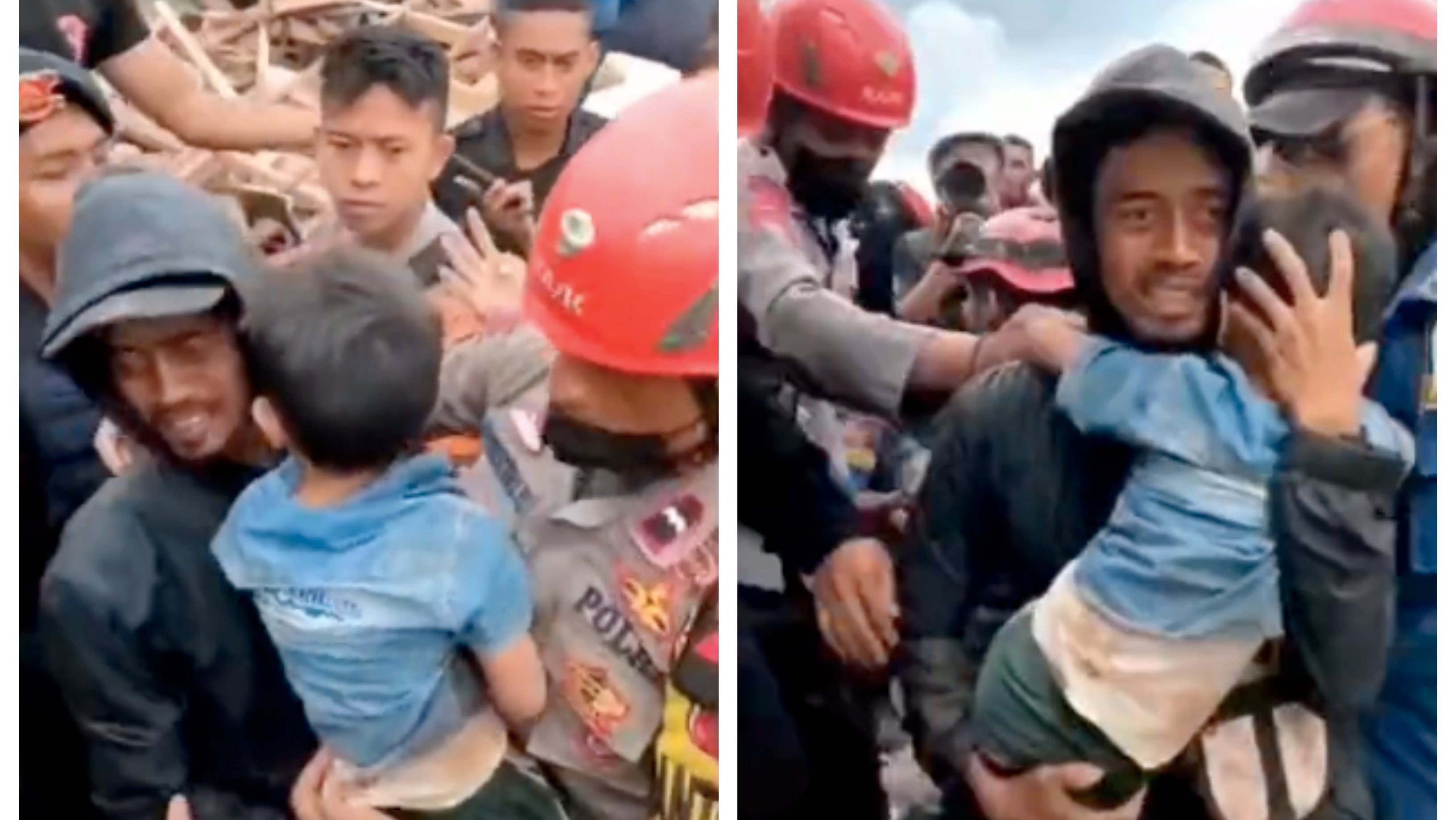 The boy, named Azka, spent two days trapped in the rubble of the earthquake that rocked Indonesia on Monday. According to information provided by the regional authorities, the child was rescued this Wednesday in Chanjur. Accounts of Azka’s age vary, but the child is between four and five years old.

According to information released by news agencies, Azka survived. because it will be protected by the mattress. In the released images, Azka walks away unscathed, looking conscious and very calm. Azka’s mother did not survive the injuries sustained in the earthquake.

Salman Alfarisi, a relative of Azka, said that Azka is “well, he is not injured” and that “he is only weak because he is hungry”, in statements quoted by the Guardian.

Azka, a 4-year-old boy, was found alive under the ruins of his house three days or 40 hours after 5.6. #earthquake in the village #Heatdistrict of #Chianjur🇧🇷

He is stable and recovering.

The death toll rose to 271, with 40 missing. pic.twitter.com/JtLnEM5qMm

On Monday, an earthquake measuring 5.6 on the Richter scale rocked Sianjur, Indonesia. At the latest, 271 people have died, and authorities are rushing to rescue more survivors. At the moment, at least 40 are missing.

In addition to the earthquake, periods of heavy rain are also being recorded, which can contribute to landslides, which worries rescue teams. About 6,000 people are involved in the rescue effort, according to authorities.

Earthquake in Indonesia. 162 dead, over 700 injured and thirteen thousand displaced

Share
Facebook
Twitter
Pinterest
WhatsApp
Previous article
Deputy Minister of Justice Sisto: “The country lives in fear of an investigation, the government will fight the media lawsuit”
Next article
ONLINE: Ukraine was left without electricity after the Russian attack. And according to Putin, Kyiv can end the suffering of the people