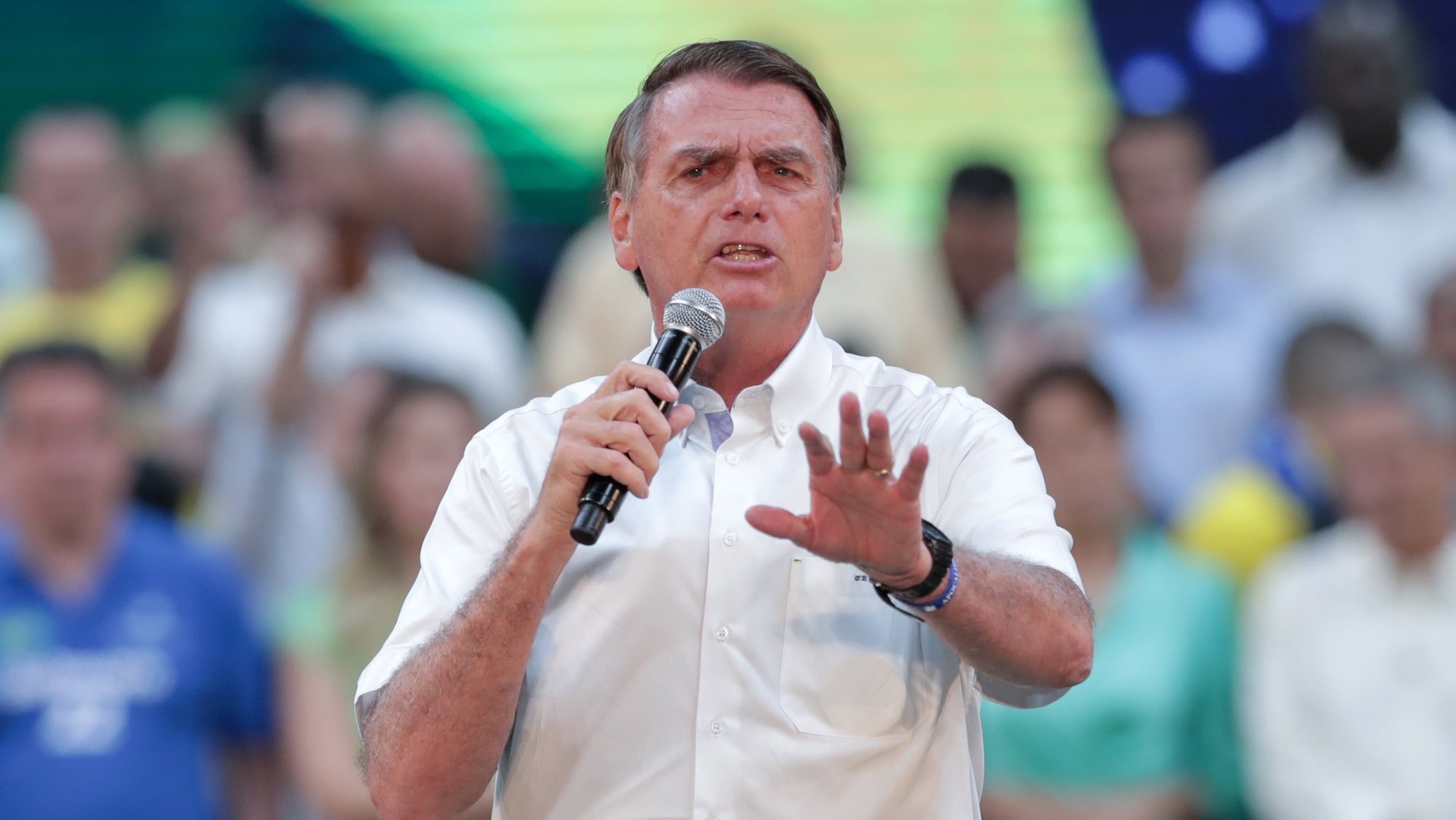 The two parties that formed presidential candidate Jair Bolsonaro’s coalition this Thursday denied responsibility in a report released by Brazil’s president’s party calling for an annulment of votes.

Supreme Electoral Court (TSE) determined on Wednesday a fine of about four million euros to the coalition of the incumbent president of Brazilafter the report of the Liberal Party, presented by its President Valdemar da Costa Neto, demanding the annulment of votes in the presidential elections.

“President Waldemar, as a representative of the coalition, entered on behalf of the coalition, but we did not participate in this process, we were not even summoned or quoted, and how can we be punished?” said the chairman of the PP. Claudio Cajado, one of the three parties in Jair Bolsonaro’s presidential coalition.

I was not consulted as to whether or not to file this claim. And if that were the case, I would say no. We do not share this opinion,” said MP Marcos Pereira, the Republican president, quoted in the local press.

On Wednesday, TSE President Alexandre de Moraes stressed in his memo justifying the fine that, in addition to failing to comply with a court order, the coalition should be condemned for bad faithas he presented “no indications or circumstances justifying the establishment of an extraordinary review” in the electronic voting machines used in the October 30 runoff, according to a statement released by the TSE.

“The plaintiff’s total bad faith in her strange and illegal request, allegedly offensive to the democratic rule of law and carried out in an inconsistent manner in order to encourage criminal and anti-democratic movements, which, even with serious threats and violence, were blocking several motorways and public roads throughout Brazil, was proven both by the refusal to add the original petition, and by the complete absence of any evidence of wrongdoing and the existence of a completely fraudulent statement of facts,” said the chairman of the TSE.

In his decision, according to the Brazilian press, Alexandre de Moraes also blocked state budget allocations to the party’s fund until a fine was paid and asked for an investigation to determine “possible misuse of the party structure.”

“This is not about asking for new elections”PL President Valdemar de Costa Neto said at a press conference in Brasilia, a day after he himself demanded the annulment of part of the ballot boxes used in the October 30 presidential election.

At this press conference, Valdemar de Costa Neto reiterated that more than half of the electronic voting machines (until 2020) are faulty, but this does not prove fraud.

Costa Neto insisted that a private audit hired by the PL concluded that 61% of the 577,125 electronic voting machines used in the runoff, produced between 2009 and 2015, were “not subject to verification”, in contrast from the latest models of 2020.

The leader of the LP confirmed that the votes recorded in these old ballot boxes should be declared invalid. and acknowledged that, in the opinion of the party, only the votes of the most modern apparatuses should be taken into account, in which Bolsonaro would have won with 51.05%.

The PL president has also justified the protests that supporters of Jair Bolsonaro are holding near dozens of barracks in the country, demanding a coup d’état.

“People are free to hold demonstrations as long as they do not create traffic problems and do not interfere with access to the barracks,” he said.

Protests against Luiz Inácio Lula da Silva’s victory in the presidential election and in favor of military intervention gained momentum again last week, boosted by Brazil’s National Day for the Establishment of the Republic, when thousands of demonstrators gathered in front of barracks in several Brazilian states.