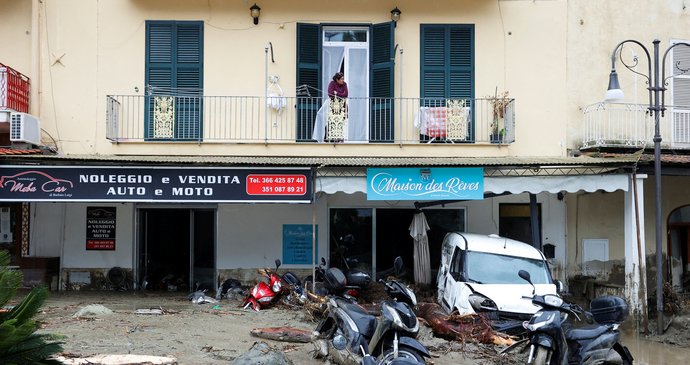 The number of confirmed victims of a landslide on the Italian island of Ischia has risen to five. Rescuers today found the bodies of two children, a newborn and an elderly woman. Rescuers today found the second victim of Saturday’s landslide on the Italian island of Ischia. It was a girl of five or six years old, said the server of the newspaper La Stampa. They’re still looking for ten more missing people. Rescuers found the girl under a mattress in the bedroom of a house in the stricken port city of Casamicciola. After a night’s watch, rescue services continue to search for possible victims of Saturday’s landslide, according to the DPA agency. Authorities say 11 people are still missing, including several children.

The rescue work of firefighters, police and civil protection is complicated by incessant storms and rain. More than 160 people have been evacuated, according to Italian media. The prefecture of Naples reported late on Saturday that 13 people were injured and 15 houses were damaged, according to the La Stampa website.

According to the Corriere della Sera server, among the missing are two families with two children (seven in total), a Bulgarian couple, a 93-year-old woman, whose house is surrounded by at least three meters of mud, and a local sailor whose fiancée was the first confirmed victim. It was thirty-one-year-old Eleanor Cirabella.

This morning, the Italian government held an extraordinary meeting and declared a state of emergency in the region. and issued the first part of the two million euro (49 million kr) emergency aid.

On Saturday night, the Mediterranean island in the Gulf of Naples was hit by storms and heavy rains, causing severe damage, especially to the cities of Casamicciola and Lacco Ameno on the northern coast of Ischia.. A mixture of soil and stones rolled along the streets in places, several cars were swept into the sea.

The area has long been considered prone to landslides. However, according to experts, efforts to rectify the situation in recent years have been insufficient, according to DPA. The government also decided today to set up a working group to look for ways to reduce the risks of landslides. 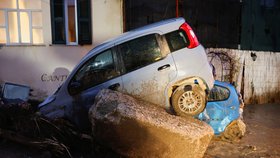 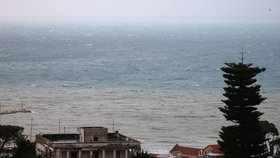