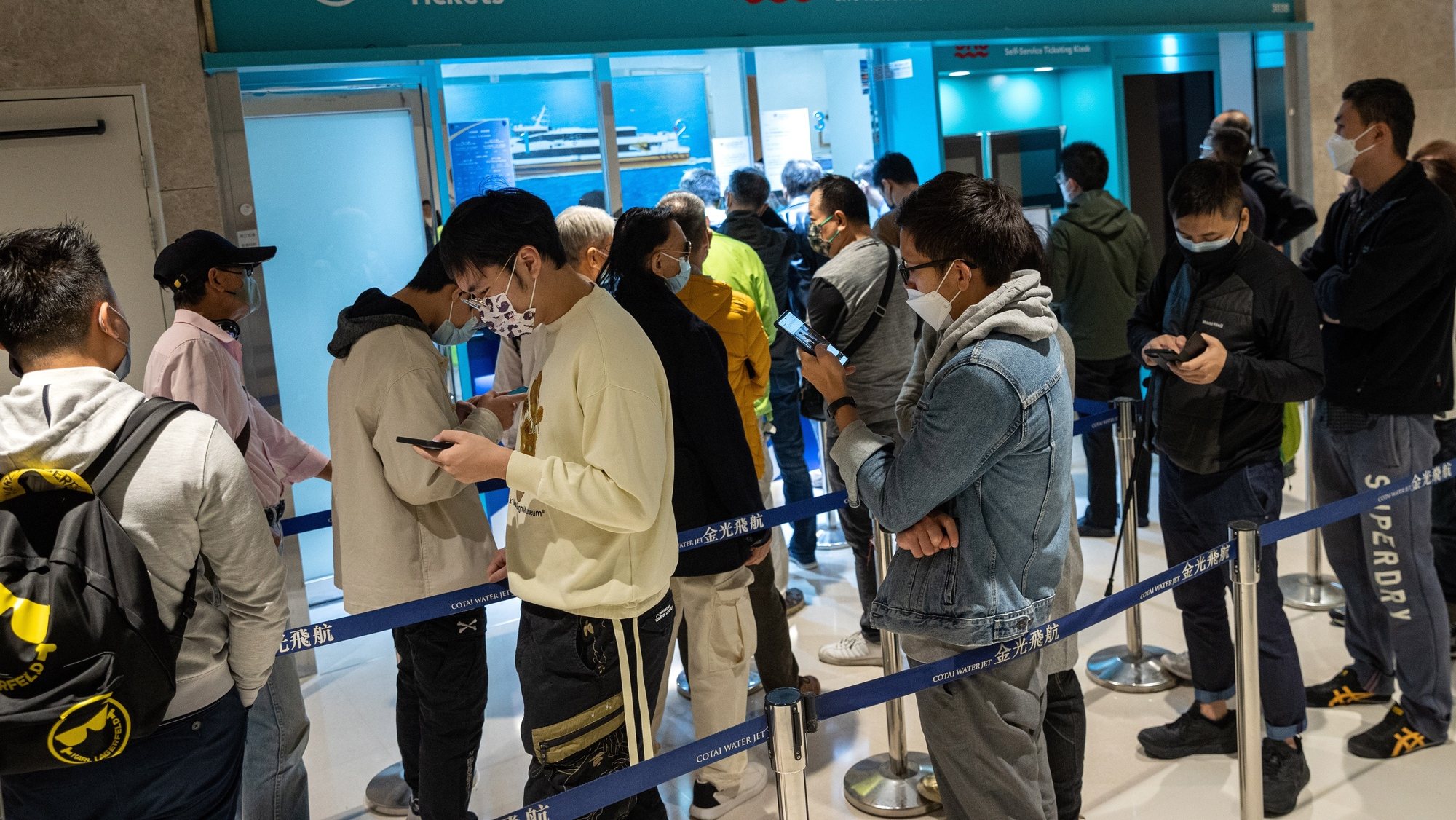 Chinese tourists admit they traveled to Macau in search of a “more effective” Covid-19 vaccine at a time when China was facing an unprecedented wave of infections.

Jin Fang, a cryptocurrency analyst based in Shenzhen, a city in southern China’s Guangzhou province, paid 1,360 Hong Kong dollars (about 165 euros) in mid-December for access to a Pfizer/BioNtech vaccine in Macau.

This immunizer, which uses messenger RNA (mRNA) technology not available in China, “is more effective for different variants”, protected a 32-year-old woman from Lusa, who was vaccinated with the first two doses of the product by Chinese authorities. Pharmaceutical company Sinovak.

Jin Phan’s trip to Macau began to take shape when he saw a post on WeChat, the Chinese social network equivalent to WhatsApp, that suggested the possibility of vaccination at the Macau University of Science and Technology (MUST) hospital through Hong Kong’s Jacobson Pharma, a pharmaceutical company in charge of distributing the vaccine. Pfizer/BioNtech on site.

“I’ve done some research and mRNA vaccines have antibodies that last longer than inactivated vaccines,” the young woman said, admitting that the labeling process in Macau “wasn’t difficult.”

Lusa contacted Jin Fan through Little Red Book, a Chinese social network for sharing photos and videos, where just one of the “hashtags” related to the topic, #macauPfizer, was viewed by 177,000 people.

Among the posts on this channel, a woman with the “pseudonym” Guo Guo explains through a video how the whole process can be completed: “After opening [da China]How can you better protect yourself and your family? You fly to Macau, pay for the mRNA vaccine out of your own pocket.”

Another user named Ching Ye decided to travel to the administrative region in October last year, even before the announcement of the opening of China, losing hope that the Pfizer vaccine would be launched in the country.

“I was really looking forward to it, but it didn’t happen. I recently saw that Macau has been opened up to vaccinate people from outside,” he wrote.

mRNA vaccines (the Pfizer/BioNtech case) use part of the genetic code of the coronavirus, while inactivated virus vaccines (such as China’s Sinovac and Sinopharm) are made from live virus. In terms of efficacy, mRNA vaccines are associated with more protection against the virus than vaccines against inactivated virus, according to the Novel Coronavirus Emergency Coordination Center in Macau.

Local health authorities have recommended that citizens immunized with two doses of the Sinopharm vaccine, “the most requested by the local population,” choose the Pfizer/BioNTech vaccine for the booster dose.

Macau offers a vaccine developed by the German-American consortium Pfizer/BioNtech and China’s Sinopharm, which is also available in mainland China.

Beijing, which until recently had a “zero covid” policy betting on mass testing, risk zone closures and quarantines, recently announced the abrupt lifting of most prevention and containment measures after nearly three years of strict lockdowns.

According to experts, since the recent outbreak of COVID-19, about 600 million people have become infected in the country, which is 40% of the country’s population.

With a wave of unprecedented infections, demand for mRNA vaccines has skyrocketed, with several foreign media highlighting that many Chinese tourists have chosen Macau for immunization.

Lusa has attempted to contact Jacobson Pharma, which is responsible for the campaign, to find out how many tourists have gone to the MUST hospital to get vaccinated, but has yet to hear back.

According to the Macau authorities, 122,671 doses of the vaccine have already been given to local tourists.

Share
Facebook
Twitter
Pinterest
WhatsApp
Previous article
ONLINE: According to the Prime Minister, Ukraine is the largest minefield in the world. And the Russians are running out of bullets
Next article
Copasir targets TikTok: Investigation opened in Italy