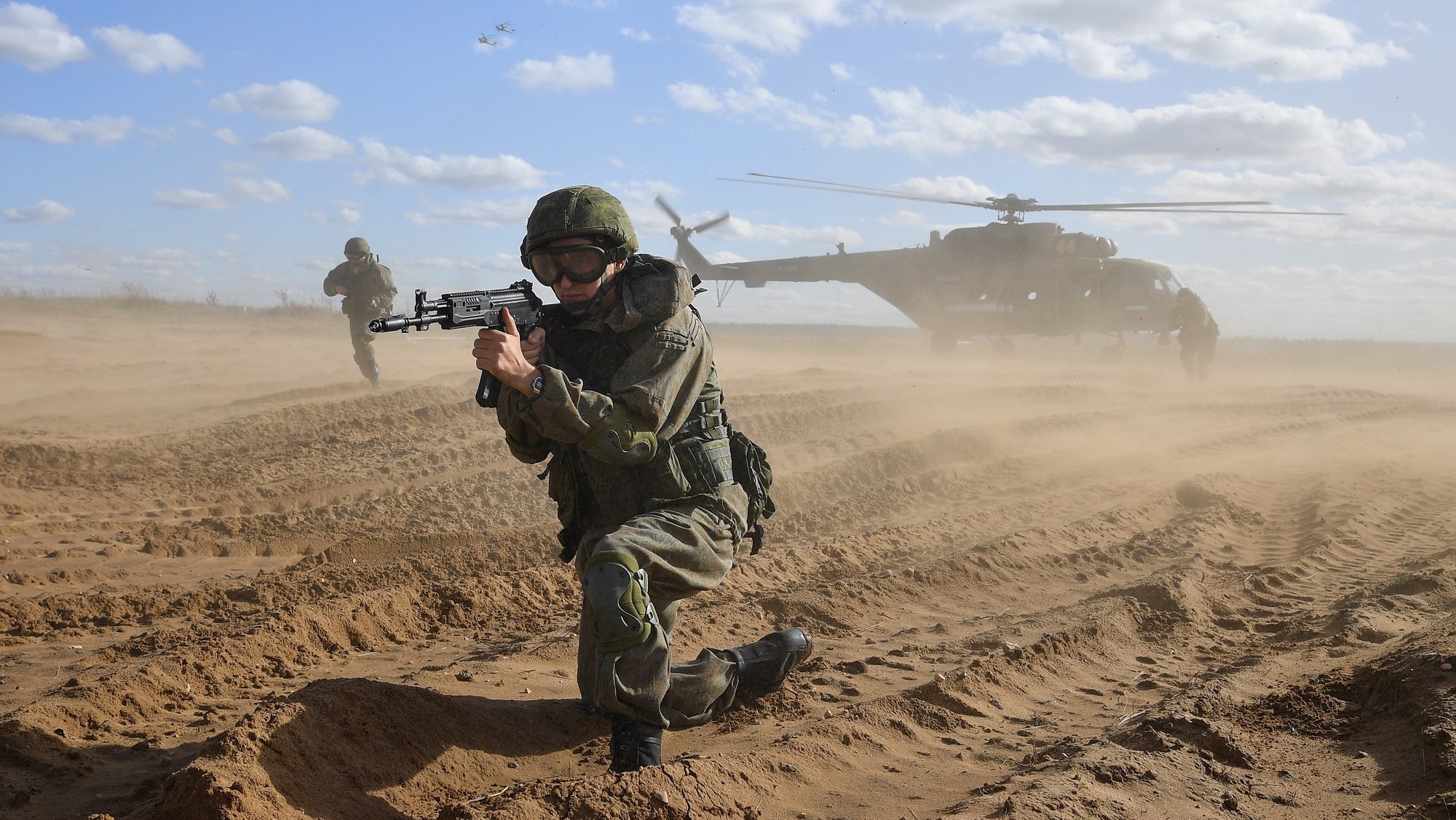 The so-called Russian-Belarusian regional military group, made up of various units from the two countries, stepped up the exercises after increasing the number of personnel and military equipment, the Belarusian government said this Sunday.

“Exercise intensity continues to rise. The goal is to ensure preparation and readiness to repel the aggressor on all fronts” in the conflict between Russia and Ukraine, the Belarusian TV channel “VoenTV” reports.

The joint instruction takes into account the “experience” gained by Russian military personnel during the “special forces operation” in Ukraine.

“The emphasis is on tactical actions and interaction between units of different branches of the armed forces. The preparation of the regional military group is taking place practically without pauses,” the Minsk government explains.

The exercise is aimed at improving tactical and rifle training, the coherence of all elements of the Belarusian-Russian group.

“Particular attention is paid to work in cities. This type of combat is considered one of the most difficult. Firstly, because of the possibility of the enemy equipping countless buildings with gun emplacements,” he explains.

Minsk has confirmed the arrival of new railroad convoys with troops and Russian military equipment, the latest of which has about 1,500 personnel and is stationed in the Belarusian city of Vitebsk in northeastern Belarus, the independent press reports.

The other day, Secretary of the Security Council of Belarus Alexander Volfovich assured that the regional military group has “exclusively defensive tasks” and that the task is, first of all, “defending the western borders of the Russian-Belarusian state union.” .

Volfovich recalled that last year the presidents of Belarus Alexander Lukashenko and Russia Vladimir Putin agreed to create a group that will remain on the territory of Belarus.

“The regional grouping of troops is one of the elements of strategic deterrence, an element that, of course, should cool the inflamed minds of the West regarding an aggressive policy towards the Union of States,” he stressed.

According to the Belarusian Defense Ministry, the Russian component of the joint regional group will consist of at least 9,000 servicemen, 170 tanks, 200 armored vehicles and up to 100 artillery pieces and mortars with a caliber of more than 100 millimeters.

“If you want peace, prepare for war.” I didn’t come up with this,” Lukashenka recently said, not ruling out aggression against the country accused of complicity with Russia by Ukraine, Poland and Lithuania.

Ukrainian authorities have so far ruled out an attack from the territory of Belarus, similar to the one that occurred at the beginning of the Russian military campaign in Ukraine on the orders of Putin on February 24 last year.

The Russian invasion, justified by Putin as the need to “denazify” and demilitarize Ukraine for Russia’s security, was condemned by the international community as a whole, which responded by sending weapons to Ukraine and imposing political and economic sanctions against it.